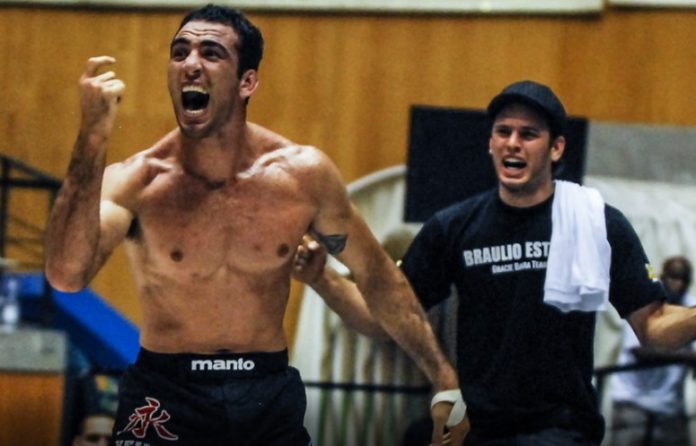 It happened in Barcelona, Spain. ADCC 2009 in 88kg division final Braulio Estima fought Andre Galvao. There were a lot of great moments in this fight but the final act was something that will keep remained in everyone’s mind.

Braulio managed to pull inverted triangle and managed Andre Galvao to tap. Submission came from nowhere ad everyone was surprised he managed to finish it.

After that Braulio won the Open Class also and he admitted that he conisder ADCC 2009 the best tournament performance of his entire career.

Check the video below!