If you want to learn guard, learn it form a small person. Truer words have never been spoken. It is not about flexibility, or size or any other physical quality. With the smaller grapplers, it is all about techniques off their back. How else would they have any hope of surviving without getting smashed? In fact, it is this fascination with guard smaller grapplers have that led to some crazy new open guards, the likes of the 50/50 and the De La Riva systems. Now, one of the best featherweight black belts in the world, Bruno Frazatto, shares his take on what a bottom game should look like. In the Impassable Guard Formula DVD, Bruno finally shares his secrets to winning world titles against the best of the best.

Frazatto is one of the most entertaining grapplers out there. He is a pretty private person and not much is known about him. What we know, though is that when he sets his mind on something, he is unstoppable. SO, when Frazatto decides to put together an Impassable Guard Formula DVD, you can bet he does just that. This instructional is unlike other guard retention or simple guard DVDs. It is very very basic, providing you with ultra-simple and unstoppable ways of retaining, and even recovering your guard. It is arguably, one of the most technical BJJ DVDs ever released, particularly in relation to the open guard.

There’s a special relationship between smaller grapplers and open guards. Whether it is a feather and rooster weight males, or pretty much any females bar heavyweights, the open guard seems to be the go-to starting spot. However, working form open guards is not what is actually impressive about the smaller grapplers. It is how they manage to retain the guards and transition between different ones that really merits attention. Considering it is no easy to do so against people of your own size, let alone skilled, larger and often more experienced opponents, it takes a lot of clean technique to pull this off. 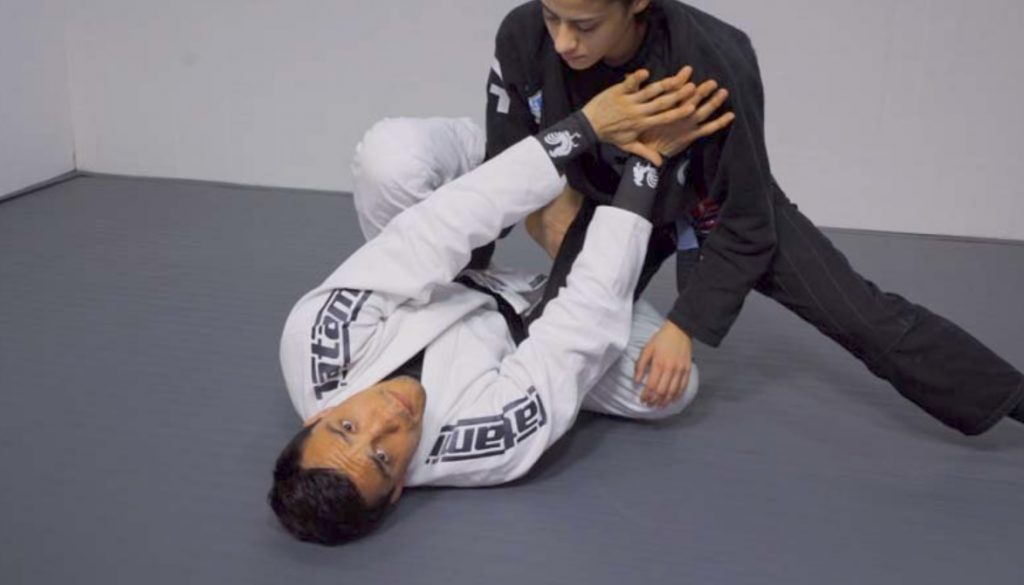 One of the most technical grapplers out there is hands down Bruno Frazatto. He is a Brazilian born grappler who has been a black belt under Roberto Godi for the better part of 15 years. During the time, Frazatto proved he is a highly motivated and focused individual. Until 2013, he was dedicated solely to Gi Jiu-JItsu, and since, he has been pursuing a professional MMA career. That said, he brings the same focus and dedication to any instructional that he produces. And, The Impassable Guard Formula DVD is his finest one yet, without a doubt.

Bruno’s take on the open guard is a simple one. HE is notorious for his guard game, on that brought him numerous World, European, Pans, and Brazilian Nationals titles. When on the bottom, Frazatto is keen on basic BJJ movements to ensure he stays in guard. In fact, he doe not like to even think about attacking from guard until he is completely safe. That means rendering any passing attempt opponent launch completely powerless. Now, his open guard retention formula is available for everyone to learn.

What exactly is “the IMapssable Guard Formula DVD” by Bruno Frazatto? Which guard dopes it cover? Is it an instructional om attacking or defending? Let’s start at the beginning, this is a DVD that is going to teach you how you should hold any open guard out there. In the sense of attack and defense, this is a neutral instructional – you can do both at will. However, the focus here is on how to stay in the guard for as long as you want, without ever risking giving away a pass.

The instructional itself has a very meticulous organization. It contains no less than 50 chapters all fo them addressing specific aspects of the formula. Moreover, there’s a further division into sections. The best part about the instructional si that it covers movement, tactics, and strategies more than it does specific techniques. Even better, it contains a ton of drills to help you really perfect it all. Afte4r all, as an Atos Academy team member, Frazatto is very big on doing lots and lots of drills. In fact, quite a large chunk of this instructional is dedicated to some key partner drills that will help you develop world champion level, open guard.

Also among the sections is a huge one on fundamental’s, where Frazatto covers different movements and how you can apply them in different scenarios. There’s also a portion on guard recovery, where Bruno goes over half guard, knee shied, collar sleeve and De La Riva.

Oh, and did I mention there were drills inside?

The Impassable Guard Formula DVD begins with a detailed overview of the fundamentals of guard retention. First up are shrimping drills and some key details about how you should actually use shrimping motions. Following suite are inversions, as a continuation of shrimping. Some butterfly guard drills come next before Bruno demonstrates the first of many partner drills.

As far as fundamentals go, there’ also a neat little section on hip frames that’s located after all the partner drills. However, this is actually a part of the fundamentals portion as it contains basic concepts. Namely, this is where Bruno Frazatto shares different ways of using hip frames to deal with some of BJJ’s most common passes. In this portion, he covers the Torreando, leg drag, and stack pass and how to prevent them with hip frames.

This is by far the largest section of this Bruno Frazatto instructional. There are 17 different partner drills that you need to master if you want to have an impassable guard. The drills are further broken down into clusters, each pertaining to a different pass. The first cluster covers the leg drag pass, and how you can spin, sit up and move to make sure this pass doesn’t work against your guard.

Next up, Frazattoe goes into the Torreando and the different ways of countering it. Actually it never really gets to counters as all you’re doing is moving to render the pass useless. From ultra basic movements, all the way to spins and rolls and bringing them all together, here you truly get an Impassable Guard Formula. The stepover shrimp is one of my favorites, but there are lots of Granby roll in there too if you enjoy inversions.

The final cluster of the partner drills section is the one addressing the stack pass. This is where I learned the most from this instructional since I’ve never had much luck against this particular pass. Once again, basic movements first, then stuff like hip frame elbow push and leg pummels before a clear formula on tying everything together.

The final portion of this Bruno Frazatto DVD covers actual guard retention sequences and tactics. However, if you think you can skip right up to this portion, you’re wrong. You need to really master all the moves and drills that come before in order to really grasp what Frazatto shares next.

First up is the double under pas,s and how to recover from it. There are three different methods here. Those are the leg pummel, grip fighting and elbow sit up that combine in a neat little system. Similarly, but in more depth, Frazatto addresses the half guard too. There are two basic movements here, the knee push and hip switch which in turn offer different movement patterns to help you remain in guard.

Arguably the most important parts of the Impassable Guard Formula DVD are the ones on knee shield recovery and preventing the knee slide pass. In terms of the knee shield, the essentials are breaking control and retracting your knee as you go. When it comes to dealing with the knee slide, there are several further options. They will really help you solve this highly popular guard pass.

Finally, before Frazatto goes over som De La Riva guard essentials, he covers ways in which you can recover the collar sleeve guard. This simple Gi guard is one of the most effective out there. Moreover, Frazatto’s pummels, rolls and belt grabs are going to help you make it even better. Which brings us to defending the De La Riva both through playing with your hooks, and transitioning to X guard and back. At the tail end of this instructional are a few further drills, this time pertaining to the guard recovery techniques.

Before we sign off on this brand new Bruno Frazato instructional, we have to share a secret with you. If you want to take a further look into what the Impassable Guard Formula DVD has to offer, make sure you check out a free preview. It contains 4 different chapters, one from each category. You can take a look at your free preview right HERE.

All in all, learning the secrets of guard retention from Bruno Frazatto can never be a bad thing. Plus, his Impassable Guard Formula DVD is so broad, that regardless of your favorite guard, you’ll learn tons from it. It is a DVD that is perfect for everyone, but smaller Gi competitors, in particular, are really going to love this one. Have fun! 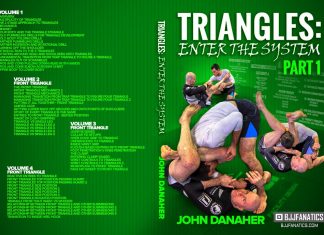