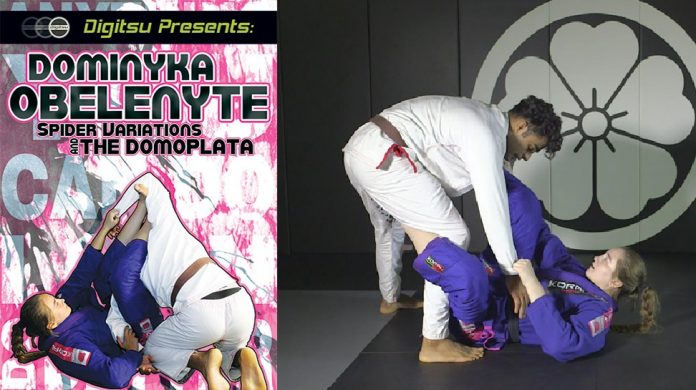 At the highest levels of Brazilian JIu-Jitsu, a real joy to watch are the women’s divisions. The ladies of BJJ do put on some of the most exciting, teeth-grinding matchups, whether it is Gi or No-Gi. In fact, out of all the BJJ World champions, the ladies actually have the boasting rights when it comes to choosing the most technical grapplers. That is precisely why I really love learning from female BJJ instructors. The smaller, the better, as those are the most technical grapplers you’ll see. Plus, they innovate. A lot. Take Dominyka Obelenyte for example. She is a multiple-time BJJ world champion and is behind a mind-bending instructional called “Spider Variations And Domoplata”.

In the world of Gi JIu-Jitsu, you cant hardly do better than follow the instructions in the “Spider Variations And Domoplata” DVD by Dominyka Obelenyte. Apart from the fact that she is one of the best grapplers at the moment, the choice of techniques is extremely important. The spider guard is one of the most dominant bottom positions you can play in Gi Jiu-Jitsu. Moreover, it opens up a few classic submissions like armbars, triangles and Omoplatas in addition to plenty of sweeps. Well, Dominyka focuses on just one of these submissions, introducing some much-needed innovation. Namely, she turns the Omoplata into the Domoplata.

Dominyka Obelenyte is a Brazilian Jiu-Jitsu black belt under Marcelo Garcia. This fact alone makes her instructional worth your time and attention. Moreover, The Lithuanian born grappler is a multiple-time BJJ world champion at all belt levels apart from white. She is also a Pans and European champion at black, brown and purple. Safe to say, she competes a lot and does it at the highest levels of the sport. IN fact, she is one of the youngest world champions to win an adult division ever, at the age of only 14 (at the blue belt). 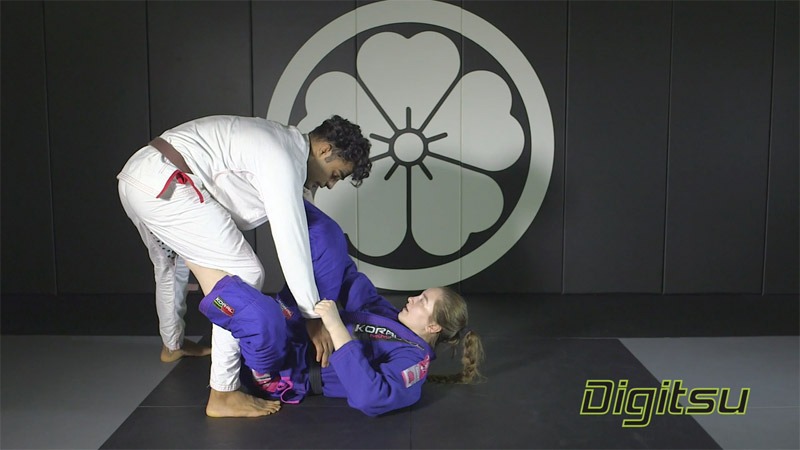 The Alliance Jiu-Jitsu competitor is currently 24 years old. She is a black belt since early 2015. Since then, Dominyka has switched teams, leaving Marcelo’s for Fábio Clemente’s academy, due to personal reasons. Obelenyte was born in Kaunas, Lithuania, but emigrated to the US at the age of 6. A year after, she enrolled ina traditional Japanese Jiu-JItsu classes. Later on, after moving again she took up taekwondo, which eventually led her to discover BJJ at the age of 9. Shea started under the Gracie HUmaita banner at Luis Vintaloro’sacademy. Following Emily Kwok, Dominyka later moved to Marcelo’s and stayed with the legend until 2016, getting her black belt in the process.

Apart from being extremely successful with the spider guard and particularly the Omoplata, Obelenyte’s des more than just train and compete. Obviously, there is her Spider Variations And Domoplata DVD which is a real high-level instructional and a testament to her legacy. But, she is also an avid activist for equal pay between men and women in the sport, something she’s been pursuing since 2015. Obelenyte’s black belt record is currently 20 wins (8 of which by submission) and only one solitary loss.

From an organizational standpoint, this Domynika Oblenyte DVD instructional is a simple one. She is one of the top competitors of her time and uses this digital platform to teach you a very specific BJJ game. Namely what she teaches is nothing but the highest percentage techniques that will work even against elite opponents. While her spider guard system works perfectly for anyone, smaller grapplers, and particularly female grapplers with a similar build to Dominyka are going to benefit the most. If you’re looking for a bottom game that has guaranteed sweep and submission options without having to figure out complex ways of integrating them to your own game, this is instructional for you. 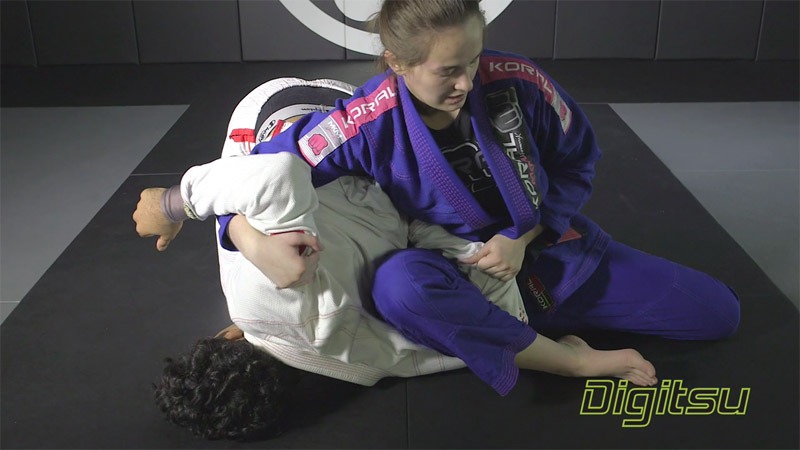 In fact, apart from the level of the technical quality of the “Spider Variations And Domoplata” instructional, the main value of this DVD lies in it’s value to competitors. Especially those that favor the Gi. The instructional is organized into two main sections, both addressing different aspects of Dominyka’s game. The first half of the instructional covers the spider guard, without going into unneeded details. Nothing but the key aspects of the spider guard in terms of competition success. To that extent, the first portion is all about control and sweeps. Many, many sweeps. All fo the sweeps are ultra high-percentage and Obelenyte offers som key insider details too. The second portion covers her signature submission move – the DOmoplata.

Sweeping from the spider guard

The first part of the Spider Variations And Domoplata” DVD by Dominyka Obelenyte is al about reversing position. After all, this is a competition-oriented instructional. That means that the first task is to actually get the top position and acquire as many points as you can first. Going for “riskier” moves like direct submissions is also an option, just not the first one. A very smart approach by Dominyka, if I may say so.

Some basics of the spider guard are actually covered in the first chapter that goes over a basic spider guard weep. That way, Dominyka wastes no time at all. The sweeping portion of the DVD uses a natural progression involving spider guard variations and different high-percentage sweeps. The basic one opens up a Single Leg X sweep, which in turn, provides further options. Thos come in the form of the Baloon and leg trap sweep. Sticking to simplicity and effectiveness, the balloon sweep also features from the De La Riva/spider guard hybrid, ensuring you get the top position. A shin-to-shin spider guard triangle setup announces what you can expect in the second portion of the DVD.

Part two of this short and sweet BJJ Instructional looks at submissions. In fact, it looks at just one submission – the Omoplata. To that extent, it is not even the Omoplata you know. This is a variation that Dominyka has come up by herself. It is far more devastating and enormously harder to escape than the regular Omoplata. The so-called Domoplata is a true gift for any submission savvy competitor out there. Particularly those who already enjoy attacking with Omoplata variations.

The Domoplata, as the opening chapter explains, supercharges the regular Omoplata by involving the free arm in the submission as well. In fact, it is something like a crucifix Omoplata, to an extent. The best part is that it is easier to set up, there’s no rolling escape and it works really well. Plus you can look for it form different positions, including the mount. Wrapping up this 30-minute instructional is another gem from Obelenyte. This time it is the ‘Coat Hanger Of Destruction” which is something

If I need to use one word to describe this instructional, I would be “efficient’. In just under half an hour, Dominyka Obelenyte will change your bottom game for good. Even if you are not a fan of the spider guard, you’ll benefit immensely from this instructional. If nothing else, you’ll add the brutal Domoplata to your arsenal to ensure you get taps left and right.