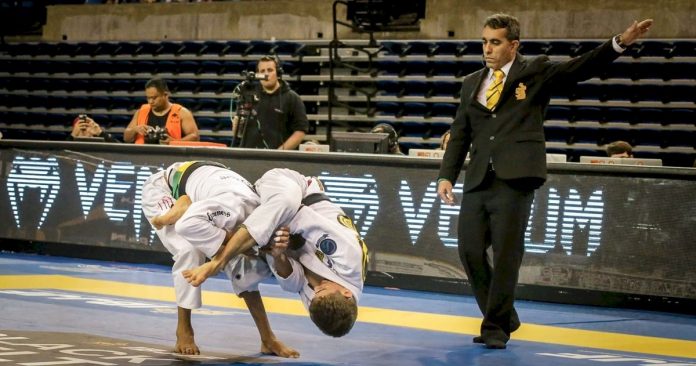 Starting to compete is a very confusing experience. In a sense, it is almost like starting BJJ all over Thre’s just so much happening at a tournament that people oftentimes have trouble remembering what took place in a match they just had. In fact, it is as close to a traumatic experience as you can get in. After a while all this becomes normal and you can start approaching things more calmly. That’s when you need strategies and understating BJJ points is the first thing you need to learn before you compete, right after the scissor sweep and Kimura from guard.

When you take a look at a competition, any competition, in any sport, you’ll notice that the point systems are crazy complicated. Even stuff you’re’ watching all your life, like football and baseball, take a closer look at points. Reading the rulebooks will reveal hundreds of hidden stuff regarding the point system. BJJ points are no different, and, as simple they might seem, they often confuse even people with years of competitive experience. In essence, they’re not complicated, you just need to know two things – there are different point systems out there, and you need to understand how to get them rather than take them for granted.

BJJ points are anything but granted. They work in a very specific way, as you might expect. However, they are unique to the art. So much so, in fact, that there are several things that other sports simply do not have, like advantages, for example.  That said, the ways in which you can score in Brazilian Jiu-Jitsu are by points, advantages or penalties to the opponent.

BJJ points, of course, are the best way to get ahead in a match. You can get anything from two to four points in Jiu-Jitsu, depending on what you’re doing. You can also get points in succession, something we’ll cover in detail later on. With points, there are clear cut rules when you can receive them,  and there’s no place for arguing or ambiguity here. 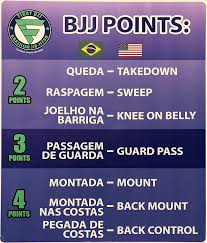 Advantages, on the other hand, are much more loosely defined. In rulebooks, they’re defined as actions that almost led to something significant, like a submission, pass or a sweep for example. However, despite attempts to really clarify and systematize them, they’re still pretty much down to the judgment of referees. Still, they prove hugely important as many world titles have been won by way of a single advantage.

Finally, there are penalties or negative points. There’s a limit to how many you can “score” before you get DQ-ed.  However, before you’re sent home, the penalties you score actually lead to advantages and points for the opponent. Not something you’re looking forward to.

In Jiu-Jitsu, you’ll either compete in Gi or No-Gi. When it comes to GI tournaments, most of them follow the same set of rules – those brought about by the IBJJF. Conversely, most of the academies in the world practice BJJ according to this point system so we’ll be looking at it more closely. The way we’ll systematize it is by the number of points you can get, rather than go position by position.

There are three situations in total that can land you two points in a Jiu-Jitsu match. The first is a takedown, the second is a sweep and the third Is getting the knee on belly position. However, there’s a trick – you won’t just get them by arriving at the positions. If only it was that easy.

There’s something in Jiu-Jitsu that is called the “three-second rule” which means that you have to spend three seconds in any position before you’re awarded points. The idea is that you’ve stabilized your new position and can build from there, and that’s why you’re getting points. When you take someone down, you have to also keep them down for three seconds. Otherwise, you’ll only get an advantage. With a sweep it is the same – you have to get up and keep the other person down for three seconds to get BJJ points. What constitutes a sweep, though is any position where you’re using a guard, i.e. your legs and hips. Getting on top from the bottom of mount or side control does not constitute a sweep.

Finally, you need to stay in the knee on belly position for three seconds total to get the points. Whether or not the opponent squirms and moves are not relevant, but your knee has to stay on their chest/belly.

Thre’s only one instance in Jiu-Jitsu where you get three points – passing the guard. Any guard you pass, be it a closed guard, an open guard or the half guard will land you three points. Something people often confuse here is that side control will earn you three BJJ points. On the contrary, side control doesn’t bring any points. You get points for passing the guard. Speaking of passing, all you need to do is get past the legs and keep the other person pinned for three seconds. It is no important if their back is on the ground or they’re on their side, all you need to do is prevent them from getting their legs in between the two of you.

This one is really easy. You get four points for obtaining back control or the mount position. Once again, you need a clear cut position here and the three seconds to get the points. For the mount, you need both your knees and feet on the ground or grapevine to get the points. Form the back, only two hooks inside will get you points. if there’s an arm trapped on one side in both cases, you still get the points if you can stabilize for three seconds. However, all other variations only bring an advantage, which could prove to be costly in a match, so pay attention n to this one.

Advantages are a whole different can of worms that we’ve covered in detail in a different article.

Points in The ADCC

Competing in the ADCC is the best example of an alternative system of BJJ points. It is done solely in NO-Gi, and you’ll probably never end up competing at the main event. However, you can compete in the trials all around the world, and the rules are pretty much the same. As you’ll see, the ADCC does offer a different perspective on scoring BJJ points. 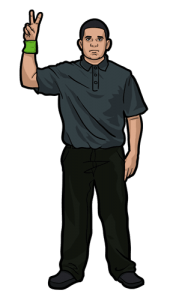 In the ADCC, you also get two points for sweeping or taking someone down. There’s a catch, though. Once you sweep or take someone down if you end up inside their closed or half guard, you’ll get two points. If you end up outside the guard, you actually get double the points. The knee on belly position features again as a two-pointer, with pretty much the same rules. What’s different here is that you also get two BJJ points for the mount position.

In the three points department, back control keeps guard passing company under ADCC rules. In terms of guard passing, the same rules apply, along with the three-second rule. Once you pass the guard, you need to keep the opponent in place for three seconds. If you get the back in the ADCC, with both hooks in, though, you won’t get four points, but rather three.

Finally, four points in the ADCC are awarded for sweeps and takedowns only. They’re considered game-changing moves but will only bring you four BJJ points in certain, specific situations. You have to end up outside the guard of an opponent in both cases in order to claim four points. In most cases,that involves either an open guard or more often, side control or a pin. AS far as I am concerned, this is a great way to make scoring way more precise.

Finally, a word or two n the modern competition scene. While the big events like EBI, Polaris, Fight2Win, etc are invitation-only, many local tournaments copy their rulesets. In submission-only tournaments, there’s not much to copy in terms of BJJ points. In others, though, there are modified point systems that differ from tournament to tournament. There’s no way to look into all of them and you’re not likely to run into them as a beginner anyway.

Before we wrap up, let me say that I didn’t include penalties as they deserve an article of their own and I have one in the works. Make sure you watch this space!

Understanding how to get BJJ points is the surefire way of never being in doubt why a referee did not give you points or gave them to your opponent. It is really not that hard if you think about the points rather than the positions that earn them. Organize everything by points and you’ll quickly master the ruleset and be able o use it to your advantage.