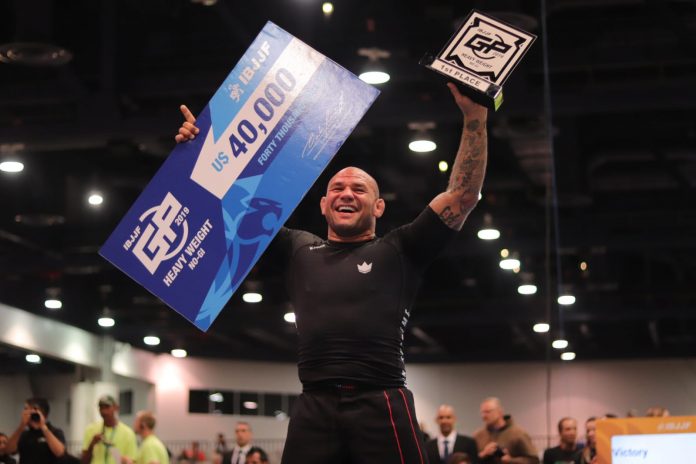 All athletes in the world have one thing in common – they’re extremely competitive. That’s the point of sports anyways, right? BJJ athletes are no different, and they’ll take every edge they can get in a competition. Performance-enhancing drugs and other obviously unfair and extreme cheating methods aside, there are so many different ways you can get that much sought after edge. Of course, we’re talking about legal or barely legal stuff that you can pull off in IBJJF competition to game the system. After all, creativity is not really cheating, is it? That said, do not get caught.

Brazilian Jiu-Jitsu is a crazy sport to compete in. Trying to play-kill another person, using your body, their body and both of your clothing is definitely an extreme sport. That said, the rush form competing is like nothing else. No wonder more and more people around the world are becoming involved. Conversely, more and more tournaments keep popping up everywhere. Most of those tournaments are IBJJF ones or at least follow their rules. While some people might not like their rules very much, if you want to compete often and/or at the big stages, you have to go to their tournaments. That said, you don’t have to be a model student when it comes to your IBJJF competition strategies. On the contrary, you need to be effective above all else.

What The Referee Can’t See Is Legal…Sort Of

There’s that unwritten rule that what te referee doesn’t see is legal. I’m not the biggest fan of that approach. It’s not about honor or fairness, it’s just that referees in Jiu-JItsu do see everything. The idea is to be really alert to what’s going on, as submission in the sport can have devastating outcomes. So you can’t really hope to sneak past the referee or fool them. Well, at least not referees that know what they’re doing. And you’d be hard-pressed to find ones that are inexperienced at official IBJJF competition events.

To be honest, the IBJJF competition setup is aimed towards making things as fair as possible. They try to maintain control over most aspects of a match, from refereeing to Gi checks, weight division, etc.  And still, there are plenty of legal ways to game the system and gain an advantage that’s not really unfair as long as it is legal… sort of. You can actually get away with a lot in an IBJJF competition, from trying to game the scale (not easy or recommended) to fooling GI checkers (a breeze) and having a foolproof strategy for earning points or making legal submissions much more devastating.  AS always it requires strategy and preparation, but be sure that your opponents will be looking to gain anY edge over you. So why not do the same?

The other unwritten rule here is that the harder the IBJJF tries to gain control over every aspect of competition, the more people will try to find ways around the rules. As practice shows, they’ll actually succeed more than they’ll fail. Once again, I do not endorse all-out cheating, whether it is through PEDs or other stuff that’s just not sportsmanlike. However, pushing the boundaries and questioning certain aspects of the rulesets is a must for grapplers. After all, isn’t finding answers to difficult questions and solving common problems what we do anyway? 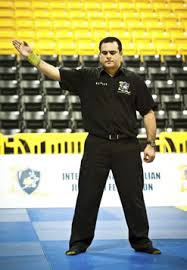 First up let’s talk about my new favorite way to have fun at any IBJJF competition – advantages. I used to hate those pesky advantages, as they seemingly come out of nowhere to help people win. I couldn’t really make much sense of them until I had to learn the rules in order to referee matches. That’s when I got a Eureka moment. Suddenly I understood what that most black belt competitors already know and take for granted. Knowing how they work and gaming the system to get them is the mark of someone’s that’s a seasoned competitor.

There are countless ways in which you can use advantages. There’s just one rule to remember when it comes to using them to your advantage in a sneaky manner. You’ll only get an advantage for a position after you have absolutely no chance of advancing to aa position that actually scores you points. That means that you’ll usually get the advantage once you’re outside the “halfways spot” that actually earns you one. It also means there’s a delay between arriving there and getting the advantage which is exactly the confusion you want. So, if you want to play around with advantages, positions like back control without both hooks in, or ending up in someone’s half guard after they pull guard are great ways of getting ahead.

Remember, you have the advantage but will only get it after you leave the position for one that scores no points. The perfect way of gaining a crucial advantage late on to sea la win.

Getting Away With Submissions

This is the part where you really have to pay attention to. In terms of submissions, and illegal positions, IBJJF referees are merciless. That said, you can’t really hope to pull off a heel hook and try to sell it off as an ankle lock. Or could you? Dean Lister certainly has a way of making ankle locks feel like heel hooks, and you can too. Plus, it is perfectly legal as long as you do not try and enter a knee rap position. The ankle lock in question works pretty much like every other ankle lock, position-wise.

However, when it comes to submitting, it’s not about putting pressure on the Achilles. It is not about pressure at all. It is about rolling the ankle so that you get a twisting submission rather than a straight one. More painful, more efficient and hard to defend., Best of all, it is a completely legal way of doing a toe hold/heel hook hybrid under your armpit, without anyone being the wiser.

Another example of submissions that are great for gaming the IBJJF competition system are arm triangles. However, it is the front headlock ones, rather than the regular that work best here. The Anaconda choke, D’arce choke and all kinds of neckties area awesome and legal submissions. The thing is, you can easily turn them into neck cranks, of the legal variety, without anyone (apart from the opponent) realizing. After the tap, it is too late to try and complain, and you got your tap with a legit submission, even though you’re flirting with being DQ-ed.

A Never-Ending Loop For Scoring Points

Back to the half guard for this one. This is a black belt strategy that will keep getting you points on the scoreboard until an opponent taps out of shame. It is a great way to completely kill someone’s desire to ever compete again. Ok, I’m blowing it out of proportion, but bear with me. The half guard, particularly from the top is a very safe position to play. It is also way easier to pass compared to the closed gaur, or any open guard variety. As long as you develop a soul-crushing passing game against the half guar, you’ll be able to be a point-scoring machine in any IBJJF competition. 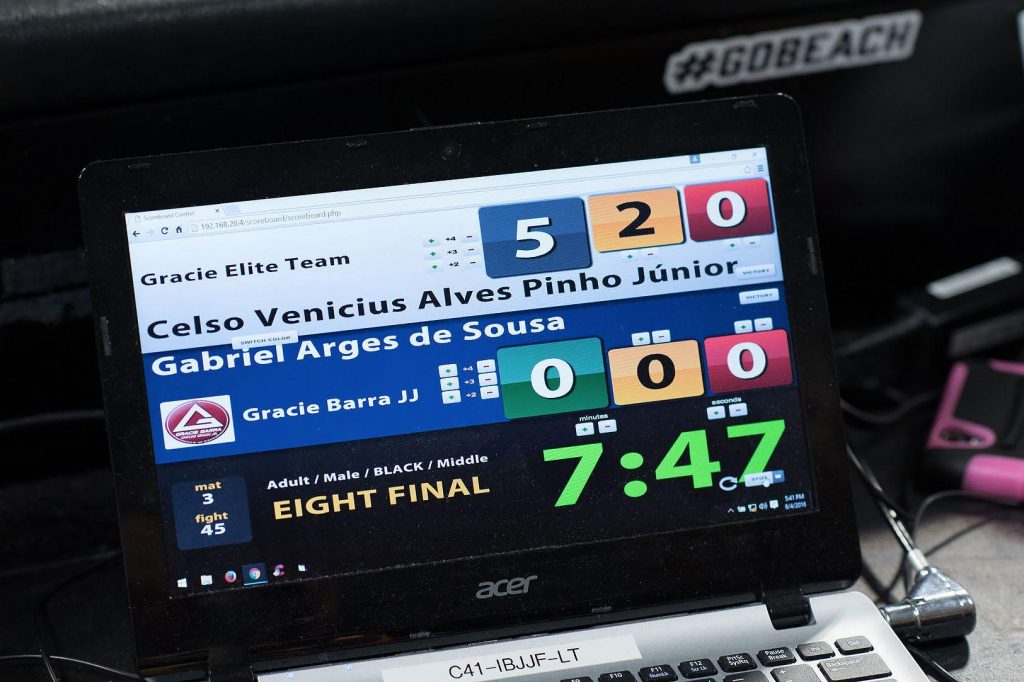 All you need to do is pass the half guard but forget about side control and all that jazz. Instead, head to the mount. A pass gets you three points, while mount gets you an additional four. That’s seven easy points with just one motion. BU that’s not the best part. You’ll never get a penalty for stalling form mount, as it is a position that’s on the top of the proverbial mountain. So, you can stay there as longa s you want. What you can do is let eth opponent get you back into the half guard at any point in time. The trick is to remain in the half guard for at least three seconds, preferably more. That’s when the referee considers the position as a guard, which means you can pass it again.

Of course, your goal is the mount again and a further 7 points. Depending on how many times you do this sequence, you end up with seven-point more after each try. That’s a quick way to really rack up the points fro a comfortable win./ Plus, you’re on top all of the time.

Let’ stalk a bit about cheating on your way to the mats. Again, I’m using the word cheating quite loosely, as you’re not doing anything inherently illegal. In any major IBJJF competition, you have a guy/girl checking the Gi before you go and weigh in and step on the mats. The idea here ist o control everything in one spot and at the same time. In terms of weight cutting, there’s not a lot you can do apart from trying to shift your weight to the side. It may work with digital scales but won’t get you past older ones.

In terms of gi regulations, the IBJJF has strict ones. GI’s have to be of a certain length, as well as width in the sleeve and pants area. This is all in order to ensure fair grip fighting. It is also where you’d want to gain an advantage. One thing is the choice of Gi, to begin with. Rougher material, tighter-fitting Gis are the perfect competition ones. That said, the shorter you can have your sleeves the worse they’ll be fro maintaining grips. Since the IBJJF has a predictable system and a simple tool to measure such stuff, a simple thing is to shrug your shoulders as much as you can without looking like a hunchback. It’s a tried and tested method to sneak a tighter fitting Gi pst their checks.

These are just several examples of how you can game the system at any IBJJF competition. However, you should never use stuff like PEDs, stall in matches, send someone else instead of you to the weigh-ins, etc. There’s a point where gaming the system turns into full-blown cheating and it is not what we’re after. That said, any edge you can get, legally or almost legally, is completely acceptable. Let’s call ti thinking outside of the box. After all, BJJ is not fair anyway, is it?