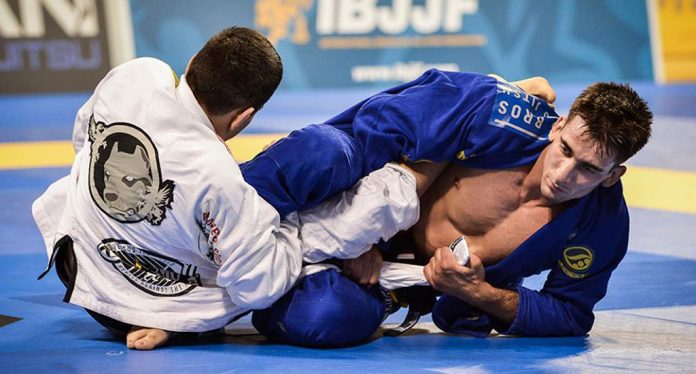 Have you ever been in a BJJ match? It is a feeling like no other, especially your first one, Once you slap and bump and the referee says go, it’s pure chaos. As time goes by and you become more accustomed to it, it actually gets some structure. Finally, you’ll see order even in the wildest of scrambles. But, even before that happens, you’ll start to notice certain patterns. You’ll see the tendencies of your opponents to do things, and some of those tendencies will be really frustrating. One of those things people often do in a BJJ match is stalling. There’s hardly any more frustrating tactic in grappling than choosing to play the system by stalling for time. While that’s one way of looking at it, what happens if the position were reversed? Would you stall your way to a win?

I modern Jiu-Jitsu, especially with the Gi, stalling is an everyday occurrence. Regardless of the ruleset, organizers usually address it in one way or another. Some, like the IBJJF, leave quite some time before awarding penalties. Others, like newly found Quintet, leave no time at all, restarting the match from the feet along with penalties. Regardless, people still manage to stall as much as possible, if they get the chance to do it. Stalling has now become part of the game. Nowadays, when people train for a competition they usually try and prepare to battle stallers, in either one BJJ match or all of them.

But is stalling just a cheap move or a legitimate BJJ match-winning strategy? The truth is that it can be both. In certain situations, there is a right way to use stalling as a tactic. The IBJJF’s take on it, leaving some time before awarding penalties is actually helpful in these situations. On the other hand, at the black belt level, where matches last 10 minutes, stalling can destroy a match. So, whether we deem stalling to be legit or not is usually down to circumstances. Let’s look into it a bit deeper to try and decide when is stalling ok to use and for how long?

The thing with rulesets is that they can’t make everyone happy all the time. No matter the ruleset, people are going to find reasons to complain about it. This happens even with major things like points or submissions. A thing like stalling, unfortunately, doesn’t really get the attention it requires. 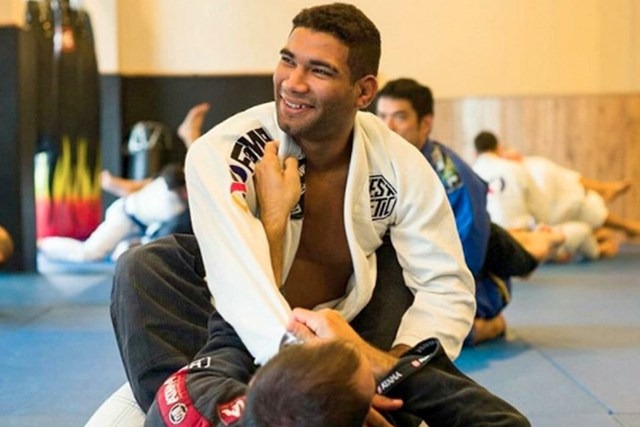 Under standard IBJJF rules, competitors in a BJJ match are going to get two warnings before receiving a penalty for stalling. this usually amounts to at least a minute where they can stall and do nothing. In lower belt matches, a minute is a lot of time to lose. Even in black belt matches, it can make a world of difference. is it acceptable? Let’s say yes. the problem is, that one of the grapplers that’s stalling moves and starts being active, they can get away with yet more stalling time if they return to a good position. There rea even people who are so good at stalling that they seem to be active while actually doing nothing.

Even submission-only tournaments have a stalling problem. Apart from Quintet, nobody really addresses it. It is probably one of the main reasons that submission-only matches do not end in submissions most of the time. The main trouble with stalling is that it usually involves pinning the opponent. That means that while they can’t do anything, neither can you. So, now you’re stuck in a position that brings you no points in a BJJ match, unlike wrestling for example.

In terms of using stalling as a tool in competition, there are two general directions. You can look to incorporate stalling into your game plan, for one. Or, you can look to build a game plan based on stalling. Are you going to be effective with both in a BJJ match? Probably. But are both equally as good for your Jiu-Jitsu progress? That’s a definite no.

Incorporating stalling in your game plan is a legitimate and solid strategy. Depending on your preferred position, you can use stalling legally in many situations. For example, the most legitimate use of stalling is to catch a breath after attaining a hard-fought position. You got the points, now you can rest a bit before moving on with your offense. Or, you could use it to slow down a much faster opponent’s attacks and look to impose your tempo. The common thread here, as you can see is stalling for a short amount of time and MOVING ON as soon as you see fit.

Building a complete game plan on stalling, on the other hand, is exactly what causes massive frustration. If you get into the match, and you know you have a way to stall your way into a win, then you do not have a battle strategy. What you have is a shortcut to victory, one that will eventually stop working. A good example here is the 50/50 guard, where you can spend the entirety of a BJJ match and get an advantage late on to win it.

Dealing With Stalling In A BJJ Match

The best way to ensure you’re not on the wrong end of stalling in a BJJ match is to avoid such positions. This is, however, a perfect scenario, which is rarely the case with grappling. The reality is that you might be able to escape or turn some stalling positions like the 50/50 to your advantage. Yet, there are positions like the mount or half guard that you won’t be able to stop most of the time. this is where you need to get creative in order to deal with a staller. 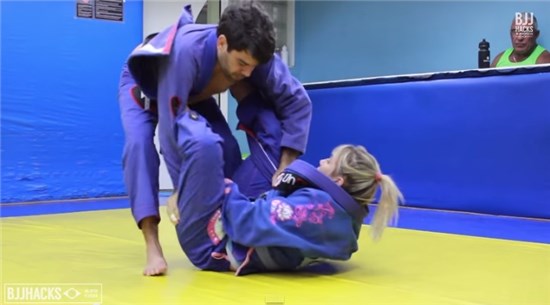 The first and crucial thing to consider when stuck are grips. Or, to be more precise, breaking them. In order for an opponent to pin you successfully, they’ll need to use their whole body. If you manage to peel off a grip, or better yet, both, you’ll force them to move. This is especially effective in the Gi where grips really do make everything work. So break grips early and make sure they stay off!

Finally, make sure you cause as much discomfort to a stalling opponent as you can. If you’re on the top, then the way to go is pressure. Even if you can’t place full-on pressure, you can make it really painful for them. Look to pressure a certain body part and give it your all. Or, if you can, go for direct pain. Bone on bone grinding and other “dirty” tricks are a great way to make a staller reconsider. 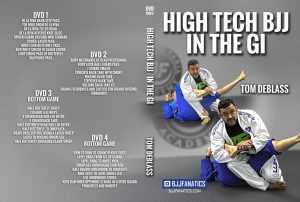 If you want to deal with stallers effortlessly, turn to Tom DeBlass for help. His “High Tech BJJ In The Gi” DVD has all the answers to your questions about stalling. Never let anyone beat you by an advantage due to keeping you in a position you don’t want to be in!

Obscure IBJJF Rules That Can Influence A Match

The Lowdown On BJJ Rules For IBJJF Competitors