When you first walk through the doors of a BJJ academy, you’ll notice one of two things. Either you walk into one of those laid back academies where everything is fun and games, while still everyone is learning at an ultra-high technical level. The other is one of those academies that follow a more “traditional’ martial arts approach, with bowing, ultra a discipline, structure, etc. Both approaches are effective, at least in my personal experience. And both can come off looking like a BJJ cult, particularly to outsiders. However, if there is one cult you want to be a member of, it is Jiu-Jitsu. In fact, I use the word cult very loosely, as it usually scares people. The fact to the matter is, BJJ can come culty at times, but that is just a part of the charm.

There’s a certain hype around Jiu-JItsu that is pretty much responsible for the BJJ cult feeling. People do get drawn into the art/sport quickly and thoroughly. We could even go as far as calling it addictive. Yet, not everyone that is going to sign up will end up obsessed with Brazilian Jiu-Jitsu. However, the hype surrounding certain aspects of BJJ, in certain academies, or organizations certainly have a cult-like vibe to it. No wonder why many other martial artists usually see BJJ people as nutty. And the whole BJJ nerds movement doesn’t really help with that impression.

The Psychology Of Brazilian Jiu-Jitsu

Whichever way you look at it, training Jiu-Jitsu will have a positive influence on your life. The physical aspects of it are pretty obvious. However, there are also plenty of mental benefits that people usually do not associate with martial arts. So far there have even been studies that look into the psychological benefits of training JIu-=Jitsu, as there are many. But are psychological traits of cults also present in BJJ? 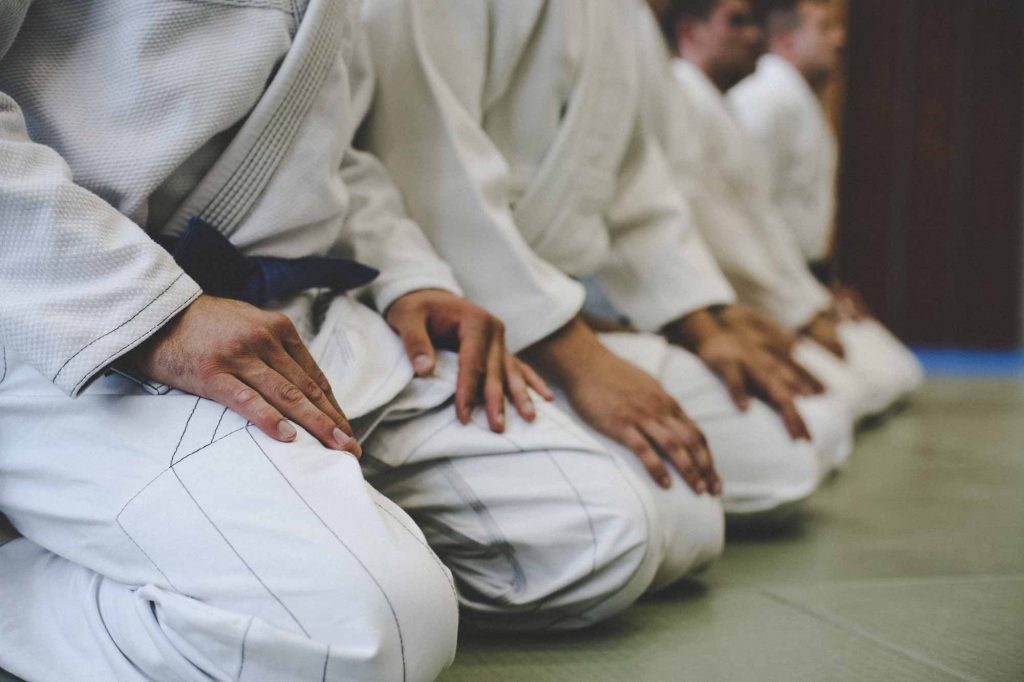 When you take up training JIu-JItsu you’ll notice a bunch of things change in the way you go about your usual business. Most of the changes are positive, one of which is the desire to keep coming back and becoming a better grappler. That soon spills into everyday life providing you with a way of organizing a hectic lifestyle. Moreover, there are unique aspects of mindfulness that help you connect your body and your mind, that very few other sports can offer. Yoga is one example, but it doesn’t get near the physical and tactical challenges that come with BJJ, which is yet another positive influence on the mind.

The physical contact is another major thing that has a positive psychological effect. IN a world where physical contact is lacking, BJJ provides it in a very primal way – through play fighting. That has countless psychological and physiological benefits across the organism. Plus it introduces the next huge positive effect of BJJ – social benefits. This is exactly the portion that makes people seem like they’re a part of a BJJ cult. At least to outsiders.

The BJ community is an extremely tight-knit and dedicated one. People share the same passion, and if you don’t train then you won’t understand. As far as cult definitions go, this is right up their ally right? Read on.

First up let’s explore several different BJ Jcult like behaviors that can easily paint a wrong p[icture about BJJ. Not that it is going to chase people away, but understanding something always makes us appreciate things more.

One aspect that’s probably the definition of a BJJ cult is the approach some academies have. By academies here I mean worldwide organizations that have hundreds of affiliates around the world. I understand that they wan to offer people structure, a common purpose and even creeds to live and train by. However, I found it a bit too much, given the loose and experimental nature of BJJ as an art/sport. Having to wear the same clothes and recite an “oath” before class, or bow to dead people in frames is a bit too much for me. Plus, you can see how it can come off, well, culty.

I’m just briefly going to touch on the worst of the worst, which is the McDojo Cults. This isn’t even within the bounds of a BJJ cult, but rather a regular one that’s taking advantage of Jiu-Jitsu. Know the signs of a McDojo gym and get out before you end up in an actual cult.

Finally, within BJJ itself there are other types of cults, or better said, sub-cults. Lately, you could argue that we have a leg locking cult that worships Danaher, as well as a lapel binding one that has Keenan and Meragali as their main guys. The difference here is the people doing the things that inspire others aren’t doing them to gather followers, but rather to help the sport, and themselves grow. So, while there is a BJJ cult-like culture, Jiu-Jitsu is anything but a clear cut cult, even under the worst of circumstances. In fact, it is the most positive cult of all.

Where BJJ Cultism is Different

In order to really get a feel for things, let’s talk about what a cult actually is. In a cult, there’s a single leader that’s using charisma and everything at their disposal to lure people into doing what he is saying. Usually, this involves false claims that incite belief of some kind, mostly religious in the followers. Often times, the most dedicated fo followers actually become associates fo the leader. The ultimate goal of cults is either getting money and other benefits from members, or leading them into demise, depending on the leader’s state of mind and mental status. 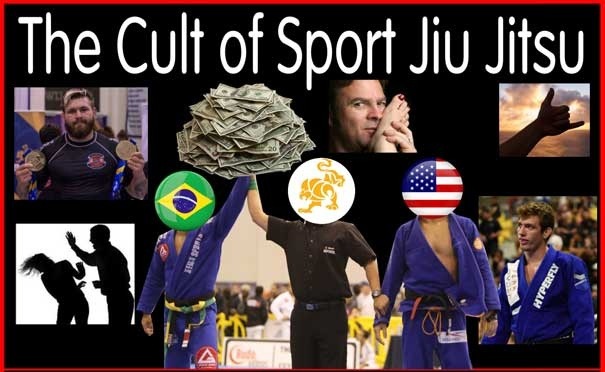 Usually, most cults tend to hook people without giving them an away out. As such, they lead to mental degradation and loss of hope. Jiu-Jitsu offers the exact opposite. In BJJ, what you get is a shift in perspective. That’s as far as a BJJ cult can take you in terms of cult-like stuff. The shift, however, is a positive one, making you get to know yourself better and improve your social interactions. How? After you get choked by people from all walks of life, you tend to look at things differently.

Finally, there’s one last aspect of BJJ cultism I’d like to address. No matter how much we adore certain characters in the sport, they’re actually not almighty and cannot walk and grapple on water. The cold hard truth is that everyone taps and everyone ends up in bad spots in Jiu-Jitsu. SO just like with your favorite baseball or football team, those are star athletes and not divine creatures that deserve the formation of their very own BJJ cult. They wouldn’t want it anyway.

So, is a BJJ cult a real thing? I’d say it is up to a point, but a very unorthodox and unusual one at that. It actually helps people, makes them better in all walks of life and doesn’t restrict them in anything. In other words, feel free to walk away at any moment. The only cold hard truth you have to face is that BJJ is not immune to the influence of other, real cults out there. People that represent them are bound to be looking for followers in BJJ circles, given that JIu-Jitsu is everywhere. Keep this in mind, and keep rollin’!

Top 10 Signs of a McDojo Gym