Not everyone trains Brazilian Jiu-Jitsu to compete. Most people do dabble in it eventually, though, and it can be one of the most stressful things you do in your life. IT is also one of the most fun things to do if you can get over the anxiety of the result. Now, whether you are only considering competing recreationally, or are looking to become a full-time BJJ competitor, on thing is for sure – you will lose. In fact, the more you win, the harder it will be to lose, particularly if you haven’t got the right mindset about it.

Competing in any type of sport is a hard thing. I’m not just talking about the physical side of things, that much is obvious. While most sports competitions take place in the “physical realm”, it is our minds where the real competition takes place. There, we have two opponents (at least) to beat – the one we’re competing against and ourselves. If you’ve never competed, you can’t really comprehend this. However, if you’ve ever thought of being a BJJ competitor, you need to be ready for the biggest truth of all – you’ll lose!

Contents hide
You Either Win Or You Lose
Lessons in Defeat
Fight To Lose?
Conclusion

You Either Win Or You Lose

How many times have you read or heard the phrase “there is no losing in Jiu-Jitsu, you either win or you learn”? Well, while there’s truth to it, it has been taken completely out of context, like most things that become ultra-popular. The phrase now serves as the biggest crutch for anyone looking to compete. In other words, it is the ultimate excuse. The trouble with excuses is that they actually hold us back from becoming better and learning that lesson that’s supposedly there when we lose. 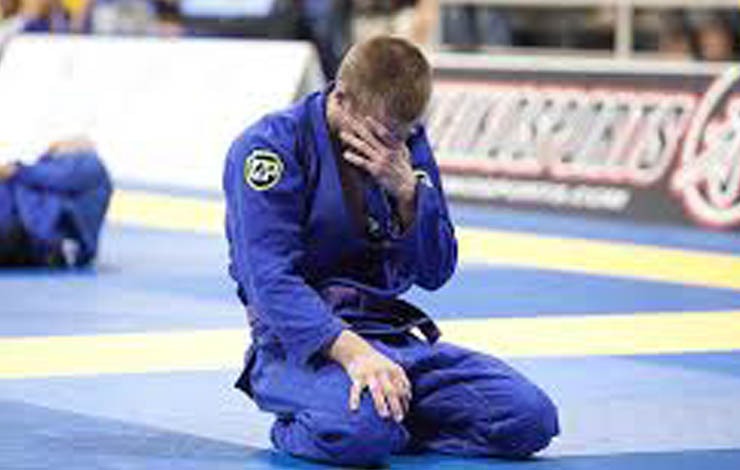 Let’s just be honest about things – you either win or you lose. And, in both instances, there’s a lesson to be learned. It is the manner of learning that is different  – in one, you’re ecstatic, in the other, you’re disappointed. The lesson is still going to be there, as is the outcome. If there was no loss, then all that records would show in any competitive martial art or sport would be wins, perhaps draws, and a column for lessons. Sounds dumb,  I know, so let’s not sugar coat it when we’re actually competing. Just accept the result, learn your lesson, and go on.

However, this means you’ll have to face defeat head-on, and that is something that very few people seem to be able to do. For a BJJ Competitor that prepares for months, travels, cuts weight, pays for everything themselves, to lose the first match is not an easy thing to swallow. I know, I’ve been there. However, if you want to really become a BJJ Competitor, you have to accept losses as a fact of life. If there’s one guarantee for grappler that competes, it is that they’ll lose. And it is all a part of the game.

When it comes to losing in Jiu-Jitsu, the first time is always going to be the hardest. For most people that start competing, the phase of getting absolutely destroyed is at least somewhat behind them. It takes a few months to get acclimated to Jiu-Jitsu. And b ten, there are other new faces that are lower on the totem pole than you. Just when you start “feeling it” you go to compete and you get to experience a loss   BJJ competitor. And that’s on a whole different level.

But what can you get out of it? Well, for starters, you’ll actually learn to lose. And yeah, that is a thing. A loss at a tournament is also going to do wonders for keeping your ego in check. That said, every time you lose, you will be disappointed. Without it, victory wouldn’t be so satisfying. Being disappointed is actually great, as it will drive you to figure out why things happened. After all that preparation and dedication it would be crazy not to feel disappointed, so embrace it, and use it to become better.

Which brings us to failure. There’s no greater teacher in Jiu-Jitsu than failure. In the gym, we fail constantly during rolling. Every position lost, every unsuccessful escape, every tap is a failure to complete our goals. How come you don’t’ really pay attention to it in class, but in tournaments it becomes devastating? Failing will provide you with feedback, and that feedback will help you, eventually, understand parts of the BJJ game.

Another huge lesson is going with the flow. Corny and overused, but true nonetheless. While the outcome of a match can be rewarding od devastating, it is the process that matters. It is the actual match that provides you with all the feedback and experience. The outcome is just the way things turned out on that particular day, for a number of reasons. Recognizing and focusing on the important things is what will make you a real BJJ competitor.

When it comes to losing, the mindset you need to succeed in commotion is a mindset that you should cultivate in the gym. Just like with your technical and tactical training. What I’ll suggest now may seem like a radical thought. When I come to think of it, it actually is radical, but it will show you Jiu-Jitsu in a whole different light. Answer this question first, but be brutally honest about it – what is your goal when you roll? 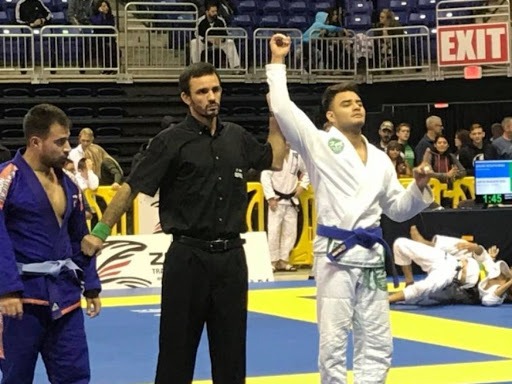 Most people want to survive, escape, submit, control, stay on top or something along those lines. However, you’ll rarely hear that someone rolls with the intention of actually losing. Now, that doesn’t mean rolling with no resistance. It just means that tapping out, as the ultimate form of losing in BJJ, is your goal. And, the fewer times you achieve that goal, the better you’ll become. Moreover, your mindset and attitude are completely going to change.

When you put losing as not just an option, but a goal, and you put yourself in difficult positions, it is getting out or countering that comes as a surprise. In other words, you turn things upside down. The next step would be doing this as a BJJ competitor, in a real live match. I can safely say that it is going to be the hardest thing you’ll ever do in Jiu-Jitsu. It is also the one thing that will transform you both as a BJJ competitor, practitioner, and eventually, someone who teaches the Gentle Art. Why not try it? What have you got to lose?

Rolling to lose, embracing defeat, not using excuses…sound hard if you’re a BJJ competitor.  Almost illogical. But that’s exactly why it will work. There’s no undefeated grappler in the history of BJJ or grappling martial arts. If you’re looking to be one, you’re in the wrong sport. You can, however, be one of the best competitors ever, but only if you accept everything that comes with competing. And defeats will certainly come.