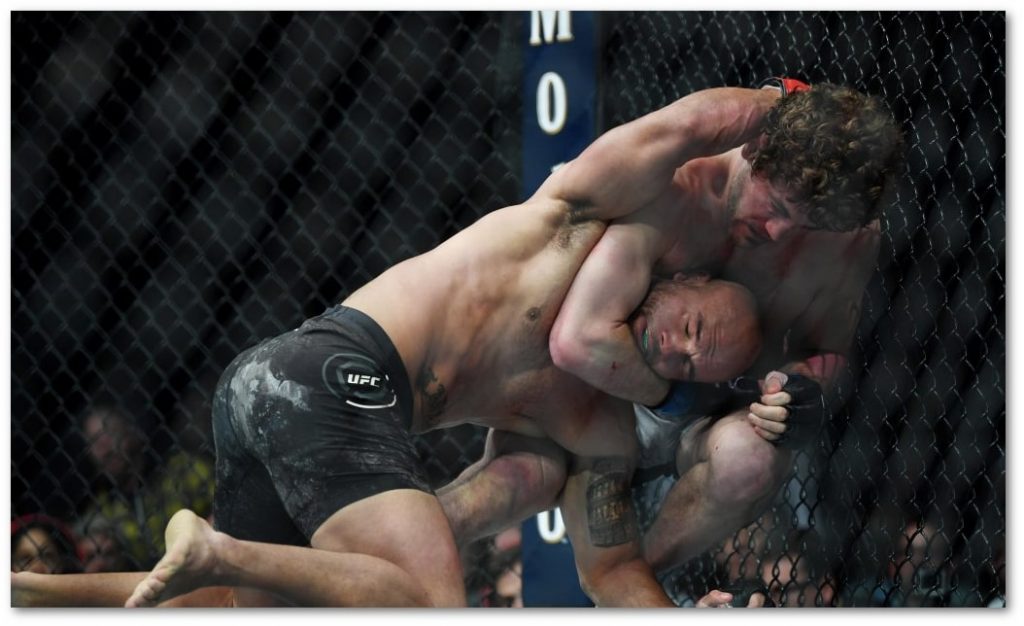 When Ben Askren made his UFC debut, we all got a lot of entertainment, just like we expected. The fight did not begin Askren’s way, but it ended on his terms, albeit controversially. The end result was a victory against Robbie Lawler via a submission that came in the form of a rarely seen Bulldog Choke. This choke is something we all know, or think we know. Apart from strangling someone with hands on the neck, the Bulldog Choke is what most of us perceive as a choke or strangle before training BJJ. It is a move that’s rarely in the curriculum of gyms, and one that we almost never see in tournaments. However, Askren’s latest efforts got us thinking. Is the Bulldog choke a viable option in grappling, or was it simply down to chance?

In Brazilian Jiu-Jitsu, techniques come and go in waves. It goes something like this: Someone figures out or modifies a move, gets success with it, people pick it up and it becomes a hit. After a while, since everyone now knows the move, it loses its efficiency somewhat and slowly fades away. After a while though, most moves that at some point really worked, do get a revival. Up until a short while, we all thought leg locks didn’t work. Now, we’re scrambling for the latest instructional on the subject. So why would the bulldog choke be any different? In fact, it can turn into your secret weapon, if you’re the one to take it out of the drawer and start fine-tuning it first!

So, let’s go over what happened in that famous Ben Askren UFC debut. It is pointless to talk about spoilers since a couple of weeks have already gone by, but still, SPOILER ALERT. Now that that’s out of the way, let’s recap.

Ben Askren had some crazy statistics about being hit only a few times in his last dozen or so professional MMA fights. Former UFC champ Robbie Lawler quickly corrected those statistics by almost finishing Askren with strikes in the very first round. Askren proved that he has some chin on him, weathering the storm and going on offense late in the round. We all know how reliant Ben is on his wrestling, so it was no surprise to see him pin Lawler to the cage. While scrambling for position, it seemed that Askren got an opening for the back, but only managed to get a sort of a Rear Naked Choke in without the hooks. Where he needed up instead was to the side of a kneeling Robbie Lawler, still holding on to that choke, which Joe Rogan immediately recognized as the Bulldog choke.

When many people thought Askren has nothing, due to not having back control. Robbie’s arm went limp and the referee stopped the fight. The moment the two fighters got separated, it appeared Robbie was ok, and a controversy ensued. Still, it turned out to be a good stoppage, which means Askren’s Bulldog choke did the job. 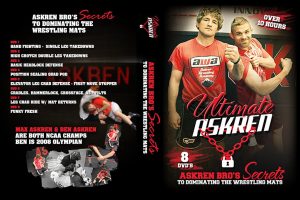 If you’re interested in learning more about Askren’s funk wrestling style, make sure you get his “Ultimate Askren Wrestling” DVD instructional. It is a set of 8 DVDs that cover every possible aspect of wrestling intended for grapplers an MMA fighters. Check out a full review HERE.

So, how does this infamous Bulldog choke work? It does defy the age-old BJJ mantra of position before submission, so how come it worked on a UFC world champion? There’s a reason why most kids reach for this move on playgrounds and during brawls. It comes naturally as it offers control over the head while breaking the opponent’s posture at the same time. As you’ll see, many BJJ principles are still applicable and are the foundation of this strangle.

The way the Bulldog choke works just like a Rear Naked Choke but without the figure four grip. It also does not require you to have hooks inside the opponent’s hips. All you need to make sure you get a really tight choke is to have the arm deep on the neck. You could pull off the choke even if you’re higher up on the chin. It might require Ben Askren-like grip strength, though! Now, once your arm is deep enough around the neck of a turtled opponent, you’re good to go. The grip here is the same as in a Guillotine, with your free hand over the palm of your choking arm and pulling upward.

Position-wise, to make sure you are stable and you have weight on the opponent, you need to have a solid base. In order to get it, you’ll need to do a sit-out to the front once you get the choking arm in. To make sure all your weight is on their head and neck, you’ll also bring your other leg forward, ending up in the “table” position. The position itself is enough to ensure the choke. However, you also have the option to squeeze with your arms for the tap.

Why wouldn’t it? After all, the position for the Bulldog choke is not one that doesn’t offer submissions. In Gi Jiu-Jitsu, the clock choke works from the same position and with largely similar mechanics. In that sense, the Bulldog is essentially a No-Gi clock choke hybrid that includes some Rear Naked Choke and guillotine principles. Given that all these chokes are high-percentage submissions, the Bulldog choke can actually be a very successful strangle.

A very important aspect of this choke is weight distribution. It is extremely easy to go flying over the top of a turtled opponent. In order to make sure that doesn’t happen, you’ll need to keep your hips up in the air and heavy on your opponent. Moreover, you’ll need an anchor point until you set the choke up. This comes via a crucifix trap on the near side arm. Use your far side leg to trap the arm, just like for a crucifix position. Keep it there until you manage to get the choke in order to stay stable and prevent any escapes.

Once the choke is in and you have your grip, you’ll have to release the crucifix arm in order to do the sit-out. In terms of choke depth, the deeper the better. Still, if you end up on the chin, make sure you completely retract your shoulder blades once you are in a choking position. This will make the choke that much tighter and might even give it a crank aspect as well.

The Bulldog choke might look like something out of old, B-list martial arts movies, but it is not. It is, in fact, a very viable Jiu-JItsu move that can be a very high percentage submission. All it takes is using some foundational BJJ principles to make sure the move has pristine mechanics. Apart from that, there’s no reason why the choke wouldn’t work. It is effective in both Gi and No-Gi, and against all levels of opponents.