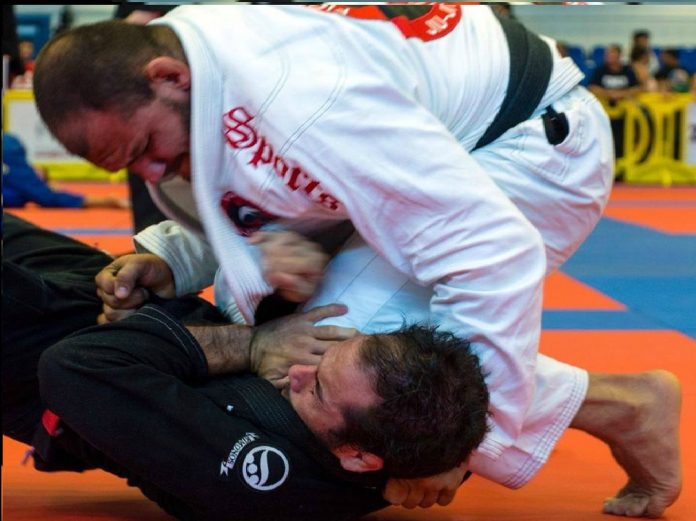 There are a bunch of moves in BJJ that people avoid for fear of being too brutal. However, every Jiu-Jitsu move can be really brutal if you’re doing it without control. Any controlled movement no matter how scary looking is just an effective way of successfully concluding a fight.  The knee on neck choke is one of those chokes that people either fall in love with forever or disregard them forever. Well, it may be time to rethink the approach some people have towards this choke. After all, it might end up doing much more than winning you a match, like saving your life for example.

Roberto Cyborg Abreu is the man we have to thank for this particularly brutal BJJ submission. This choke works like I charm, so much that Cyborg has used it against black belt opponents with great success. For me, personally it was something I really loved doing a while ago, and still, revert to from time to time. It is easy to catch, opens up plenty of opportunities and is not at all hard to learn. And, as you’ll see further on, it may actually come in really handy one day, in a life or death situation. It is effective and reliable. 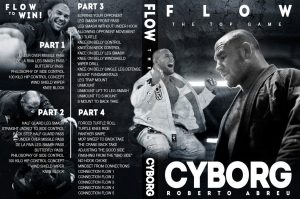 For more information on Roberto Cyborg’s moves, including the knee on neck choke, check out his video instructional. The name of the DVD set is “Flow: The Top Game” and it consists of 4 discs filled with black belt secrets by one of the best in the sport.

IF there’s one position that can help you understand the pain that the knee on neck choke brings, it is knee on belly. If you’ve ever been caught in a perfectly set up knee on belly you know what I mean. Even though it seems you can send your opponent flying, you can’t move an inch. all the while, you have to endure immense crushing pressure on your belly or chest. Well, now imagine that everything stays the same, but the knee is on your neck. or, to be more precise, on your carotid artery on one side. Talk about pain!

The knee on belly comparison isn’t here just out of the blue. It is actually one of the best positions you can hunt for this choke from. Actually, all side control variations work great, including North-South, and even some guard pass (mostly stack passes). The way these chokes works is by putting immense pressure on your carotid artery. The reason it is so painful is that the knee acts as a focal point for the pressure of your entire body. It is so efficient that you can get it without pressuring the carotid on the opposite side. That is if you don’t want to since there are a bunch of ways to include it in the strangle.

One main reason why people give up on this choke is a balance. Until you get comfortable with a knee on belly, you should probably look at this choke as more of a position opener than a submission. once you get the balance down, it’ll turn into a sub on its own. Below you’ll find several ways of executing the choke, both in Gi and No-Gi Jiu-Jitsu.

The Orignal credit for this choke, as far as I know, goes to Cyborg. His take on it is extremely easy and basic. Just as a high-level submission should be. Cyborg’s take on the knee on neck choke starts from side control. The first thing to do is establish a grip on the back of your opponent’s collar, thumb in. The other arm should control the far hip.

Once grips are in place, you ‘ll need to transfer to the knee on belly position. The reason for this is that it gives you a better angle and more mobility to get your choking leg into position. Plus, it is painful and uncomfortable for the opponent. Remember to never let go of the collar grip you have, as it is essential to the choke. This choke won’t work if your opponent is simply lying on the ground, However, this is rarely the case, given the knee on belly pressure. When the opponent decides to turn into you and push on your knee, that’s when you pounce.

First, you open up the elbow on the collar gripping hand lightly to make space. You then place the knee through that space and directly on their neck. Aim to get your patella right on the carotid artery. For the choke, extend your arm and extend the knee on belly leg so that the knee on the neck is the focal point for all the pressure. A quick and painful tap.

The Lapel Knee On Neck

The move has several variations, each fo them just as effective as the basics. What you basically get with all these variations is the option to tighten the choke even further. In order to include the opposite side carotid in the choke, you’ll need to use the lapel.

The lapel version of the knee on neck choke also begins in top side control. here you can either use your own lapel or theirs. if you go for yours, choose the one that’s near their head. if you go with the opponent’s lapel, you need the one closer to you, In both cases, the end goal is to wrap it up around the neck and behind their head. That’s where you get a grip on it, similar to Cyborg’s collar grip. Finishing is the same, knee on belly first and then knee on the neck. As a bonus tip, you might want to try and trap the near side arm with your free leg for an added pin.

This is a variation of the lapel choke that is going to render your opponent completely powerless. for this one, though you do not have the luxury of choosing which lapel to use. You’ll have to settle for the far side lapel of your opponent’s Gi. From side control, you just undo it and pass the end over their far side forearm and towards their neck. Aim to get all the slack out of it as you grip. You’ll need the extra cloth to get a better choking grip.

From that position, the far side arm of the opponent is completely trapped. From there, you simply grip the end of the lapel from behind their head, the same as in the previous two versions. Extend your arm and place the knee on the neck. You now have one of the tightest knees on neck choke variations and your opponent has nothing to defend it with.

Knee On Neck For No-Gi

Finally, a knee on neck choke option for those that do not like to use the Gi. As with most No-Gi techniques, this one works perfectly both with and without a kimono. Starting from side control again, here you need to adjust the position a bit. First of all, you need to get your far side arm around their head, like for a guillotine. The other arm goes under their armpit, similar toa paper cutter choke setup. When your arms meet you’ll establish a grip, preferably a palm to palm.

Instead of attacking from the knee on belly position, here you’ll be in the 100 kilos position. This means that you basically need to be sprawled with your legs angled towards the opponent’s head. Once you have the grips, get the knee inside your elbow and go for the strangle. Straightening the arms are going to multiply the pressure and get you a certain tap!

The reason this choke gets to be called the real Mata Leao is a recent impressive story. namely, when a Colorado jogger encountered a mountain lion it was the knee on neck cheek that ultimately saved him. You can read all about how 31-year-old Travis Kauffman survived a mountain lion attack thanks to the knee on neck choke. It seems this one works on wild cats as well as it does on people.

Ezekiel Choke Defense with a Wrist Lock as a Counter