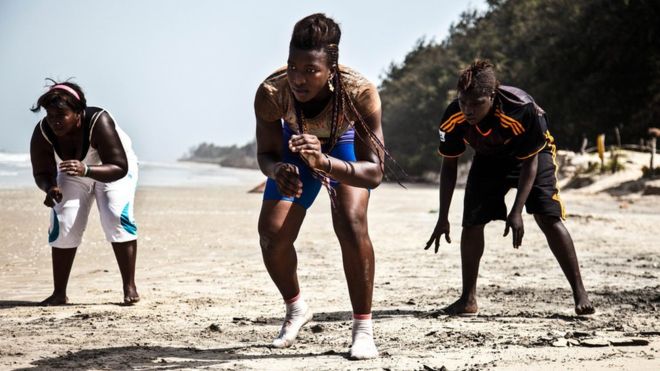 When we’re talking about grappling arts of the world, apart from Brazilian Jiu-Jitsu, of course, a few different ones spring directly to our minds. Of course, there’s the age-old wrestling, the legendary Judo, and the still somewhat mystical Sambo. For those that are more in tune with grappling martial arts, catch-wrestling, Sumo, Luta-Livre, Pankration, and others might also feature. However, most people are unaware of at least one grappling martial art that originates in Africa. Given that it is the creed of civilization, it would be presumptuous to think taht there are no grappling arts that originate there as well. In, fact, there are many and one of them is particularly captivating.

Africa is a continent that is full of different experiences, to say the least. A trip there, to any part of it, is going to result in a cultural shock for any westerner. In the sense of martial arts, the oldest continent also has a lot to offer. Let’s not forget that there are still many tribes in Africa that live according to ancient traditions. In such a society, grappling plays a huge role in the lives of people. As countries progressed, they kept on to some of these traditions, most notably the original grappling arts. A great example of this is the traditional female wrestling that’s specific to the country of Senegal.

Before we go deeper into the Senegalese grappling art of Laamb, let’s quickly recap some of Africa’s most prominent grappling styles. The second most populous continent in the world also has a very rich martial arts history. Among them, the most numerous and most prominent are of course, the grappling arts.

Evala is a style of grappling that’s pretty similar to western wrestling. It is actually a ritual of coming of age for boys in Togo. While wrestling is similar to western traditions, the training is more like ancient Sparta. The boys get about 10 days of training before they go out and wrestle, during which time they’re away from their parents and all live and train together. Similar wrestling styles and traditions also exist in Egypt. 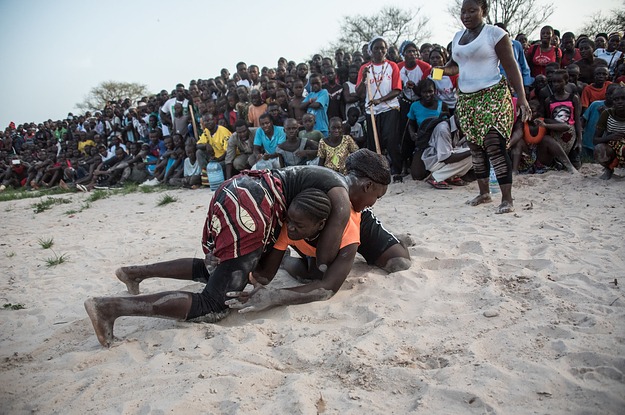 Lutte Traditionnelle is another grappling art that is specific to Africa. This one though resembles Japanese Sumo wrestling rather than western wrestling. The goal here is to push your opponent outside of the ring. It is a sport that’s spread out across Africa and even includes punching in certain areas. This grappling art is now so developed it is an international competitive sport.

Nuba wrestling is a martial art that’s also based on grappling. This one is native to Sudan, more precisely the southern parts of the country. The Nuba people have a centuries-old tradition of wrestling, where the goal is to pin the opponent on their back. There are whole communities build around this sport, which is still a huge part of Sudanese culture.

On top of grappling martial arts, Africa also has striking based ones like Dambe, Musangwe, and Ladjia. Weapon-based martial arts also exist, like Tahtib, Donga, and Nguni, which all utilize sticks.

On top of all the grappling arts we briefly mentioned above, there’s the traditional Laamb wrestling of the Jola women. Make no mistake, as traditional as Laamb wrestling might be, it does produce fearsome overall grapplers. Some of them even end up representing Senegal in wrestling at an Olympic level. 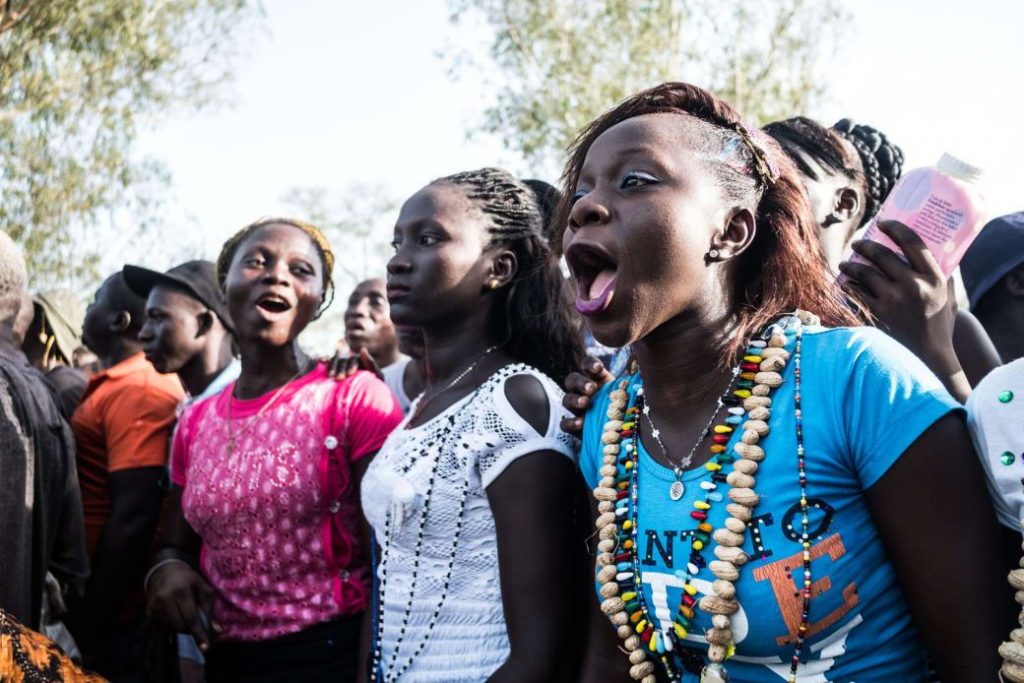 As a tradition, the Jola women wrestle until such a time when they become pregnant. It has been a way to prove their womanhood for thousands of years. Historically, Laamb wrestling was used in a festival fashion to celebrate harvests. Back then it was a strictly male privilege. So much so, in fact, that techniques were passed generation to generation in great secrecy. The goal was the same, marking the coming of age of boys and proving their manhood. Still, what may be seen as the earliest victory for women’s rights, Jola women got the right to train and compete in wrestling as early as the 1400s.

In the Oussouye area, in particular, Laamb is huge among women, and this region yields the most champions, and even Olympic representatives. In all fairness, Laamb is so popular in Senegal nowadays, taht it easily trumps soccer. This means that athletes get endorsements, high-profile matches even hefty paydays if they’re amongst the best. This holds true for both male and female Laamb wrestlers of Senegal.

Laamb Wrestling In A Nutshell

Nowadays, the largest Laamb wrestling ceremony is part of a big Folklore Festival in Senegal. In a sandy arena, encircled by thousands of bystanders, multiple matches take place simultaneously. There are no matchups as people just go in and grab an opponent, or wrestlers walk around strutting until someone accepts their challenge.

The ladies have their hair braided by their coach, so as it doesn’t interfere. The festival also acts as the best spot for scouting new talent that might end up wrestling on an international, and even Olympic level. So everyone’s game is on point on that occasion. Traditionally, men go to wrestle first, and women only enter the sandy arena once they’re done. Given the popularity of the sport, the crowds are huge and very knowledgable. In fact, the crowd might influence the match to the point of deciding the winner.

The crowd’s decision is one of the three ways in which a Laamb wrestling match can end. If the crowd overwhelmingly cheers one contestant, they’ll end up walking away with the victory. Another way to win, or rather lose,  is when someones back, both arms or both knees touch the ground. Finally, there’s the referee’s decision which is a tie-break, meaning nobody wins.

Seeing a sport that’s one of Africa’s traditional grappling arts evolve into the number one national sport is amazing. Furthermore, when that grappling art helps both men and women build a future for themselves by grappling, it has even more weight to it. We might not have been completely aware of how big a deal Laamb wrestling is in Senegal. After this article though, we’ll all be paying special attention to the wrestlers of Senegal on the next Olympics, particularly the women grapplers!

The Litvinov Grappling Workout – Are You Strong Enough?

Can You Get A Black Belt Without Competing In BJJ?

The Jiu-Jitsu Belt Order Аnd What Every Belt Means