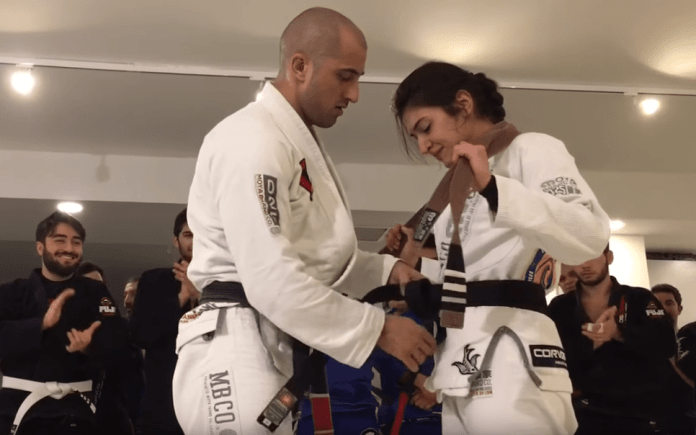 When we come to think of it, we are really bad at the whole delayed gratification method. In the modern way of life, we want everything to happen right away. Luckily, a few things still do not work that way, and we do need to put in real work and earn them. As it should be with ost things. When it comes to BJJ belt promotions, everyone goes crazy about them. Some people even see them as one of the most important things in their lives. BJJ belts are a big deal, but living from promotion to promotion is not what Jiu-jitsu si al labor.
Why do we rush Jiu-Jitsu belts? If you jsut take a loot at a BJJ roll, any roll you’ll see that rushing thing get you in trouble more times than it brings you success. Well, it is the same with belts. I have a theory that goes something like this: When we’re white/b blue belts, standing at the tail end of the line at the start and end of class, all we want is to hang out at the front, with the purple/brown belts. When we get there, we daydream about standing across, where the instructors stand. Well, once you stand there, do you know what you’re going to wish for? To be back at the start of the line with all the beginners. So, take a breather when it comes to BJJ belt promotions and enjoys the journey.
Contents hide
The Different Level Of BJJ Players These Days
Requirements For BJJ Belt Promotions
What Does John Danaher Think?
Conclusion

The Different Level Of BJJ Players These Days

It has been said time and time again that BJJ belts don’t really mean much. That’s a bit conflicting, as we try to put a value on the mat at the same time. Let me elaborate in an attempt to make things clear. 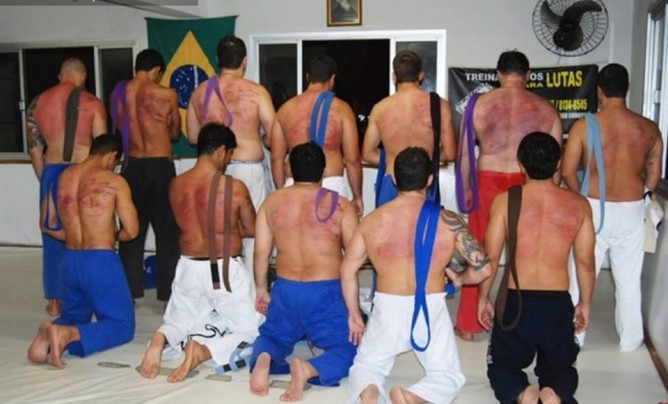 Back in the old days of Judo, there was only a white and black belt. It is only when Judo migrated to the west, where people need instant gratification did the colored belts appear. The idea behind martial arts belt, including BJJ, is to create a ranked structure of progress It works well, but it does make people focus on getting belts, rather than enjoying everything that is happening around them.
What we already know is that belts do not really show how far someone is in Jiu-Jitsu. Most of today’s purple belts would probably submit your everyday black belt of 20 years ago. Even among the very best grappler,s people with blue belts like Tye Ruotolo and Nicky Rodriguez proved belts don’t really mean much at last year’s ADCC. It is all about performance, rather than belts, which means that BJJ belt promotion shouldn’t be the milestones that guide us through Jiu-jitsu.

This is another one of those topics that are open for discussion. When we come to think of it, different instructors do value different requirements when it comes to BJJ belt promotions. Moreover, they oftentimes expect people with different belts to fulfill very different requirements. that’s all fine, but it does leave us without a real standard as to what people, in general, need to accomplish in order to get their next belt.
Basically, instructors around the world look at a few things in common. One is the technical level of students, which is a given. Another that some people pay a lot of attention to is attendance to classes. There is also rolling, small things like personal hygiene, being on time, helping out others, etc. Moreover, for those that compete, more things are taken into consideration, including delaying a BJJ belt promotion in certain cases. These are jsut some of the requirements for getting a BJJ belt.
The real truth is that people don’t really know what they should do in order to get the next belt. At least not precisely, And this is perfectly ok. Jiu-Jitsu is different from other arts, where you have tests and timelines in getting a belt. In Jiu-Jitsu, your instructor should have the clearest idea of when you’re ready. Not you, and not your peers. That is exactly why sometimes people do put too much emphasis on BJJ belt promotions, and in particular, missing out on them. That doesn’t mean you don’t get to learn Jiu-Jitsu or process… In fact, it means the exact opposite.

What Does John Danaher Think?

John Danaher is considered to be one of the best minds in JIu-Jitsu nowadays. Of course, he has his take on BJJ belt promotions as well, and it makes a lot of sense. Just recently he posted on his social media something in those terms, and I’ll try to point out the most important thoughts of his post. 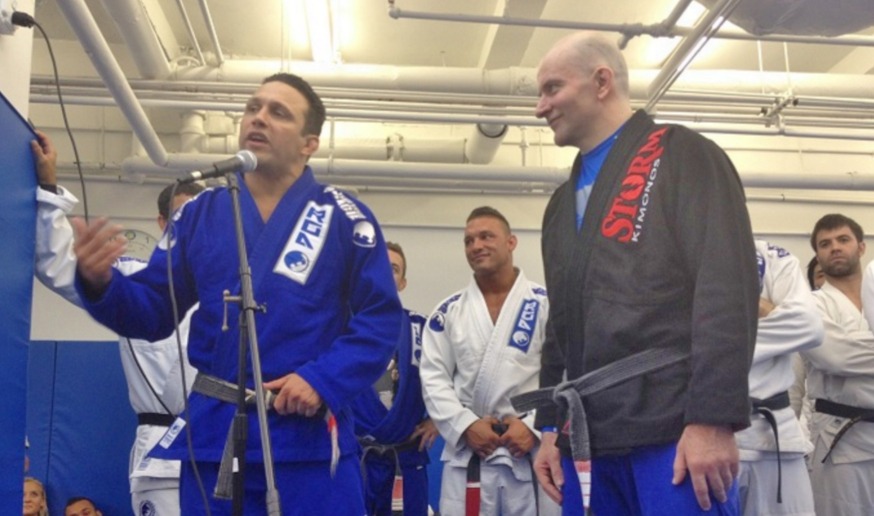 One thing Danaher did was compared colored belts to the grades you get in junior high school.  His take on colored belts is that they are the same as your grades in junior high. On the other hand, getting a black belt is what marks the start of your adult life. If you come to think of it, nobody in your adult life has ever asked what your grades were in junior high, right? the same goes for BJJ.your’e going to spend most of your training as a black belt anyway, so why worry about how much time it took you to get between blue and purple, for example?
Danaher also talks about factors that actually influence your progress and how to correctly measure them. His take is that different requirements need to apply to different types of people. Among the factors, he lists age, background, and technical ability. It makes sense, as he says that an older grappler and a young professional grappler are not going to be promoted on the same basis. Background is also huge, as people with decades of experience in other grappling martial arts won’t progress at the same speed as someone who hasn’t trained.
I essence, Danaher likes to do BJJ belt promotions for people that deserve it on the base of merit alone. Tehcnical knowledge, how they rest in the stress of sparring are jsut two of the most important things he judges people upon. Also, he notes that it is performance that really counts and not the color of your belt.

To be honest, there is a lot of sense to what Danaher is saying. After all, train long enough, and you’ll become a black belt. How will you measure your progress than when stripes arrive every few years and there’s hardly any color change on the horizon? Focus on what is important, and that is your Jiu-Jitsu performance. BJJ belt promotions will happen, but they won’t have anything to do with how much actual BJJ you learn. Think about it.