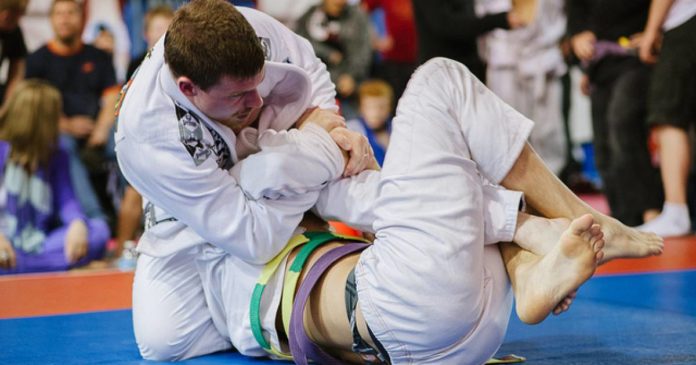 Are you truly aware of the Jiu-Jitsu mistakes that are holding your progress back? I am not talking about all those technical errors you are making and will continue to make throughout your BJJ journey. Instead, I am talking about the things that you might not consider as mistakes but which have an enormous impact on the way you perceive the art of Brazilian Jiu-Jitsu, and of course, your overall progress in the sport.

There is no easy way to train and learn Brazilian Jiu-Jitsu. The sport will pretty much give you what I call “the phoenix experience”. It will consume you, crush you to bits mentally and physically and allow you to rise out of the ashes, stronger and more confident than ever before. the thing is, that throughout each of those “rebirth” steps, and even later on when you’ve risen from the ashes, there are things that you will tend to do which you think are helpful. The truth is that these things actually hold you back instead of working in your favor. Today, we’ll list the 8 most common Jiu-Jitsu mistakes that can make your transformation harder and protracted.

What is the right way of training Jiu-Jitsu? There isn’t one. Yes, I know it makes no sense, but it is the truth. The bottom line is there is no right or wrong way to do Jujitsu, whether it is in the context of a single technique, or the overall approaches you have to the game. Instead, it is all about how you tailor everything to your needs, which usually plays out in one of three different ways. 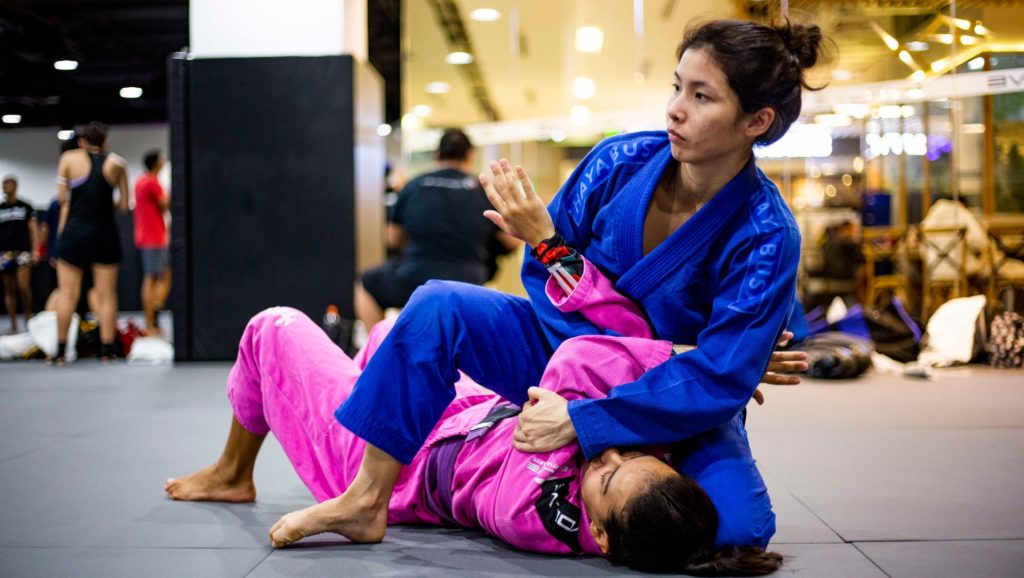 Namely, the options you have of executing a BJJ technique, for example, are either the easy way, the hard way, or the dumb way. Claiming that either of them is wrong or right would imply that the move should work, or fail, universally for everyone. As you probably know from training Brazilian Jiu-Jitsu, such claims are unreal and not applicable when it comes to practice. While you do achieve certain positioning of the body in order to do a move, let’s say, an armbar, you will still do it differently from anyone else alive. IN fact, let’s further use the armbar as an example.

Going the easy way would mean you understand where the hips need to be in relation to the elbow, the concept of isolating two neighboring joints, the most efficient grips etc. However, that means you’re going to adjust hip height, grips, and everything else to each opponent individually. That is what makes it easy.

The hard way is when you are not quite there or are trying to execute the same armbar on everyone. In another words, that’s when you use force, or muscle power in order to finish. to be honest, the hard way of doing things is where we spend most of our time in Jiu-Jitsu.

Finally, the dumb way would you trying to do an armbar without securing the arm, or not swinging the leg across the face. Basically, doing something that gifts the opponent not just a way out, but oftentimes a counter as well. That, however, is not one of the Jiu-Jitsu mistakes that will hold you back. On the contrary.

8 Jiu-Jitsu Mistakes Holding You Back

So, what are the actual Jiu-Jitsu mistakes that will cost you? Well, trying to do something the “right” way is one example. In fact, there are plenty of things you are doing, but not paying attention to, that are actually scampering your progress. the problem is, most people do not face them simply because they’re not aware of them. The reason for that is usually the fact that everyone is looking to find the right way of doing techniques or putting concepts to use, and they’\re missing the finer details that actually make all the difference. it is actually pretty similar to BJJ itself.

Strength and conditioning are important when it comes to Jiu-Jitsu, especially for those that are active competitors or looking to prevent injuries. However, there is a tradeoff. Every time you do another sport (which lifting basically is) in addition to ding BJJ, you place your body under more stress. Unless your body can recover from all that stress and pressure, it will eventually give way at one point.

When it comes to lifting weights, you need to understand that doing so should help your Jiu-Jitsu, and not become your focus. You have to consult a professional that will make a program for you that will lead to gains in strength and not burnout. Moreover, you should focus on movements that will allow you to keep and even extend your range of motion. For comparison, regular bodybuilding types of workouts usually restrict the range of motion in favor of packing on muscle.

While this one may be obvious, people really do tend to stick to several training partners when it comes to training. That’s not a smart way to go about things. When it comes to rolling you need to be rolling with as many different people as humanly possible. Next time you are at an open mat, try and roll with people you haven’t rolled with for a while, or ever, for that matter. You’ll notice that you have favorite training partners you tend to pick and choose when you roll.

The same is true for training partners during the technical portion of the class. It would e perfect to switch up training partners from time to time, trying out whatever the subject of class might be on someone that is built differently to your usual training partner, and preferably, with a different rank as well.

While we all agree that rolling is the most fun part of doing BJJ, we can’t just roll all the time. There is a learning component from rolls, yes, but only rolling won’t help you learn Jiu-Jitsu better, or faster, On the contrary, it will hold you back. that said, one of the reasons for that is the type of rolling you’re doing.

Most people slap, bump and go, all-out, usually starting from the knees. However, there are s many other types of roles that can actually help you progress. For example, you could do handicap roles, you could do specific rolls that do not allow you to get outside of a subject area, you could do rolls with varying degrees of resistance for varying techniques, you can flow roll… There are many of them, and they all have something different to teach you. Only rolling like you are fighting in a match is one of the biggest Jiu-Jitsu mistakes you can make.

Have you ever tried to just sit in a corner, maybe during a rest round, and actually look at other people? I know you think you’re doing it, but in most cases, you just let your mind wander and are sitting there with a blank expression on your face. While you’re resting, or you’re injured, use the time to observe other people rolling. If you are a higher belt, I’d recommend watching white belts. that is where you’ll be able to see how people leave space, move prematurely, tendencies for body positioning, etc. That doesn’t mean you should only look at white belts, though, as there’s plenty to learn from watching anyone roll. Just make sure to pay attention.

Monkey see monkey do. Many people try to develop a BJJ style like this, and to a certain point, it will work. You see that slick purple belt or your black belt specialist instructor, and you want to be like them. That is perfectly ok, and copy-paste is usually the method people use. However, that can only take you so far. trying to copy someone else’s style completely is one of those Jiu-Jitsu mistakes that will cost you dearly. After a certain point, usually just after you get promoted to purple, you wil simply have to figure your own style out. That means that you will need to open your game up, lose a lot more, and try and pinpoint an area which you would like to explore. Trying to copy someone’s game is a guaranteed way of hitting a plateau in Jiu-Jitsu.

Always be the nagging student that asks “why?”. Well, ok, not always, but any time the instructor allows questions, ask “why”? There are so many grey and unexplored areas in JIu-Jitsu, and not enough people are asking this particular question. It will not only keep instructor s on their toes, but it will also help you actually understand why you are doing whatever it is that you are doing. Blindly believing in dogmas and absolutes is one of the key Jiu-Jitsu mistakes that most people still make to this day. 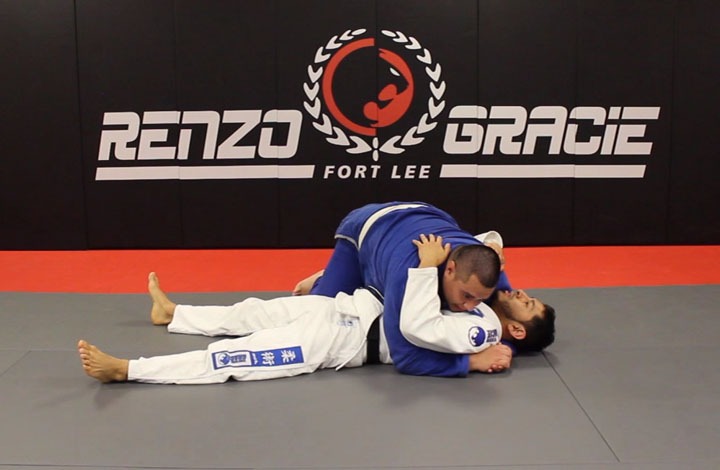 People dislike doing specific BJJ drills only secondary to hating warm-ups. Drills are usually repetitive, boring, and physically demanding. That is all it takes to make people sick through them, actually getting nothing in return and wasting their time. You will have to drill, though if you want to get better at BJJ. the good news is that you don’t have to use the boring old repetition methodology but rather you can organize drills in many different fun and exciting ways.

One of the biggest dilemmas in BJJ, and definitely the culprit behind the lack of progress in countless cases. Should you focus on Gi or No-Gi? Let me make it simple – do both. In fact, try to mix them up – like using No-Gi grips when you roll with the gi. Just embrace them both and have fun. The fact of the matter is that Brazilian Jiu-Jitsu is made up of gi and No-Gi and not just one of them. If you want to get to know BJJ in its entirety, you have to do both.

the JIu-Jitsu mistakes that will cost you won’t be the ones you see, and sometimes, even the ones your instructors point out. You’ll have to think about things in a different way and try to figure out what BJJ means to you, and how your individual style should look like. In doing so, try and think outside the box as much as possible. Jiu-Jitsu is highly forgiving, and even when you do the dumb thing, or get stuck in the hard way, all you have to do is tap, and you get another go. It is like having endless lives in video games. Stick to looking for the easy way, avoid the 8 Jiu-Jitsu mistakes outlined above and you’ll glide through teh ranks understanding the sport with ease.