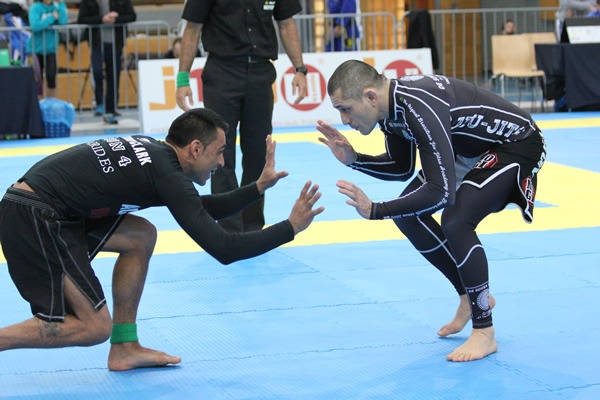 Let’s start this article off with a bang. Is No-Gi Jiu-Jitsu still BJJ, or is it just pure grappling. The question with a thousand answers, at the very least. As far as I am confirmed, everything that takes place outside of Judo, wrestling, Sambo or other grappling martial arts rules can pretty much be considered JIu-JItsu? Why? It simple – BJJ has no limits, nor loyalty to unneeded century-old traditions. It grows and develops constantly and yes, BJJ No-Gi is a real thing and it is a part of the vast martial art that is Brazilian Jiu-Ji+tsu. Very much so.

To be completely clear and honest right off the bat, I am a big proponent for No-Gi. That said, I do train and teach at a mostly Gi oriented Academy. So much so, in fact, that No-Gi sessions usually only take place during open mats. It is perhaps this Gi training that has me so fired up to train No-Gi. To that extent, the first time I gave No-Gi a try, I was a blue belt and it was humbling, to say the least. AS a very active Gi competitor at the time, I got gassed in the very first roll! BJJ No-Gi training is anything but easy, and competition is tenfold that.

There’s a good solid reason why the ADCC is considered to be the utmost test of JIu-Jitsu. That said, you can also become a very legitimate black belt by only training without the kimono. Let’s go deeper into it.

If we take a look around the world, there are very few academies that are purely No-Gi spots. Apart from Eddie Bravo’s 10th Planet, and all of its affiliates, I can’t’ really think of any other exclusively No-Gi academy. That said, most academies around the world do dabble with No-Gi classes more or less. Still, the majority of JIu-Jitsu academies across the world are Gi ones. That’s clearly apparent from the number of people competing in the Gi as opposed to BJJ No-Gi competitors. That, however, doesn’t mean people do not enjoy No-Gi.

The one main thing about going No-Gi for the first time is about a few dozen burning questions. In fact, taking up No-Gi is just like enrolling for BJJ for the first time. Even more so when you’re transitioning after training for a while in the Gi. No-Gi is confusing, slippery, fast and is much more scramble centered than Gi training. This is one reason why the No-Gi events are almost universally much more fun to watch compare to Gi tournaments. However, watching and training are two completely different animals.

So, it is time to look at some of the most FAQs in terms of BJJ No-Gi training. Regardless if you’re a complete Jiu-Jitsu beginner, or looking to introduce No-Gi into your training, you’ll need to clear up a few key things first. To that extent, for those that are aware of the answers to some of the more obvious questions, feel free to scroll further. The goal here is to answer the most fundamental No-Gi questions out there, the likes of grading when training solely without the Gi, what to wear, the differences with Gi Jiu-Jitsu, etc. In other words, this is the ultimate BJJ No-Gi manual to get you rolling at a faster pace.

What Is The Difference Between Gi and No-Gi BJJ?

The perfect question, to begin with, is what is the difference between Gi and No-Gi Jiu-Jitsu? Despite thinking that the answer is obvious, there are more parts to the answer than originally apparent. Of course, the name itself suggests that you’re training without a Gi, and therefore, without a belt as well. However, things go much deeper than just the choice of training apparel. Ther are plenty of key differences but he one thing that you absolutely have to keep in mind is grips.

BJJ No-Gi grips are a completely different ball game than regular Gi grips. With the Gi, it takes time to figure out grips, but when you’re stuck, you can go by instinct and still achieve whatever you’re after. In No-Gi things are much simpler but immensely more difficult as a result – you can’t grip if you do not know-how. Moreover, you’\re limited to gripping the limbs and /or neck only, with nothing in between to help you connect to your partner. Apart from really intricate knowledge fo grips, proper technical knowledge is also paramount in No-Gi. When things get sweaty and everything strat slipping you’ll need to know how to fight for, and get control.

Form a different perspective, there are also competition nuances that separate BJJ No-Gi from Gi. For example, the weight categories are a bit different, with one at every 10 kg (22 lbs). Rules wise there are also differences, but that’s a subject for competitors only and a different article. The one most notable “difference” is that what you learn in NO-Gi si easily applicable in Gi, but not vice versa.

Check out the best possible collection of No-Gi BJJ DVDs that’ll help you grow into a complete No-Gi grappler and champion. It includes only titles from the best of the best in the world!

This pretty much ties in with the previous question about the differences. However, in practice, things get a bit more complicated. That’s mostly because of Academy rules and BJJ etiquette.  The short answer is you can train No-Gi while wearing a Gi, but you can’t do the same when things are reversed. However, in short, it all boils down to academy requirements. It is considered rude to show up to a Gi class, or in a Gi-only academy wearing BJJ NO-Gi gear. The notion behind it is logical, as you could be able to grab the Gi of a partner, while they have to grappler at a disadvantage.

So, the short answer would be, if you train at a Gi only academy, or at a mixed Gi –No GI one you need a Gi on top of your No-Gi gear. Of course, when No-Gi classes are on the schedule, you can leave it at home. The exception would be if your academy offers a No-Gi only classes curriculum, that’s not connected to the Gi one. Or, of course, if you end u pat 10th Planet or any other No-Gi exclusive academy, you can freely forget about purchasing a GI.

AS a side note, since traveling is a lot easier with just NO-Gi gear, make sure to always plan on going as a guest to a No-Gi class, so that you do not disrupt a regular Gi class. In certain spots, you might not even be allowed to join in for training.

What Do You Wear to No-Gi BJJ? 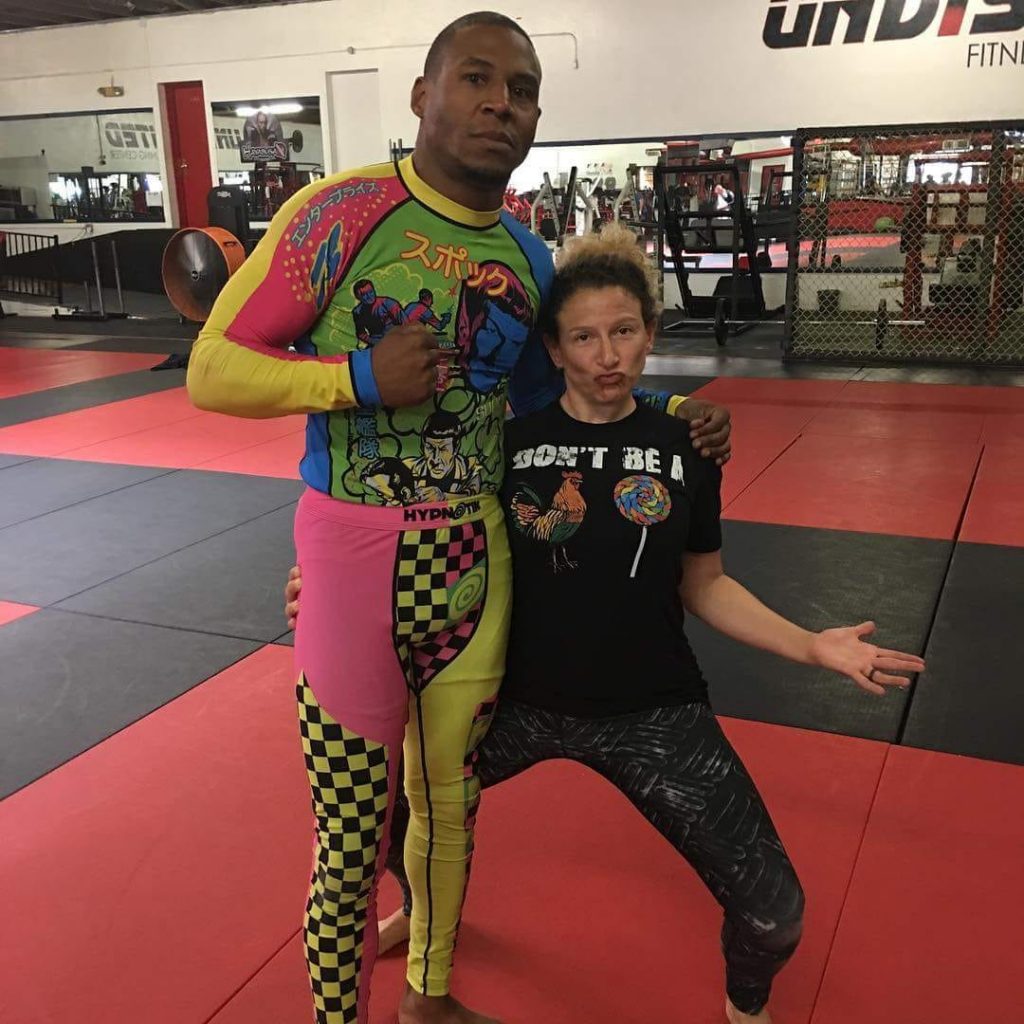 Well, the answer to this one is easy – BJJ No-Gi gear, of course. Jokes aside, there are pretty much no rules when it comes to NO-Gi training. In fact, before beginners acquire Gis, they get to train to wear whatever they want. In the No-Gi class, the commonly accepted attire is a rash guard and shorts. Another common addition to this basic apparel area spats. In certain cases, people even choose to forego shorts in favor of spats and rashguards only. Today, there are countless options and crazy designs that come in sets that include both and sometimes even matching shorts.

FO starters, though, a T-shirt and shorts are also fine, Given that BJJ No-Gi training is not about the gear, this is actually perfect for a long time, if you feel comfortable like that. Some people also seem to enjoy grappling with shorts only, and nothing to wear on top. This might be okay under certain tournament rules (like the ADCC) but is not really recommended for training. If you want to go “old school” like this, talk to the instructor to see I it is appropriate.  Otherwise, out of T-shits, rashguards, spats, and shorts, you can choose any desired combination.

Does No-Gi Have Belts? 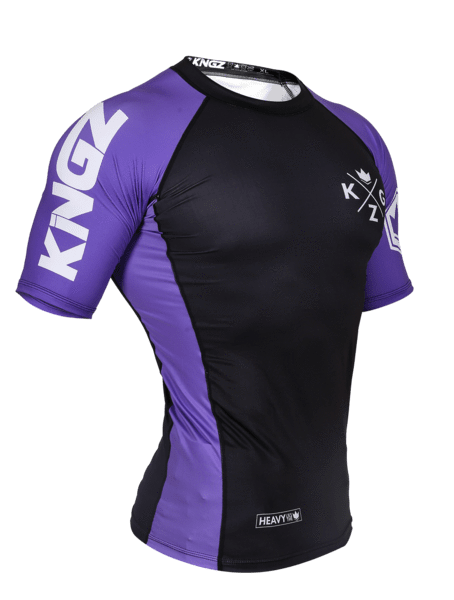 The belt system when ti comes to No-Gi si pretty much the same. In fact, even though people do not wear belts they still sue the term “belt” to precise rank. To that extent, there’s compete carry over between ranks in Gi and No-Gi Jiu-Jitsu. Remember when I said No-Gi was  Jiu-JItsu as well? Think of this as a “proof”. So, the same ranking works in both gi and No-Gi BJJ. To that extent, in training, people usually do not wear anything to make their rank clear. At least not in academies that are anything alike 10th Planet. Still, there’s always the option of wearing ranked rashguards in order to clearly display your level.

Ranked rashguards have the appropriate belt color integrated into the design. One usual location is the sleeve, as this is required by certain tournament organizers like the IBJJF> In fact, competing in No-Gi under IBJJF rules requires you to have ranked rashguard and black shorts. The sleeves of the rashguards can freely vary between long and short, but you can’t’ use a sleeveless one in competition. In training, it is down to academy rules or personal discretion.

Which is Better, Gi or No-Gi Jiu-Jitsu? 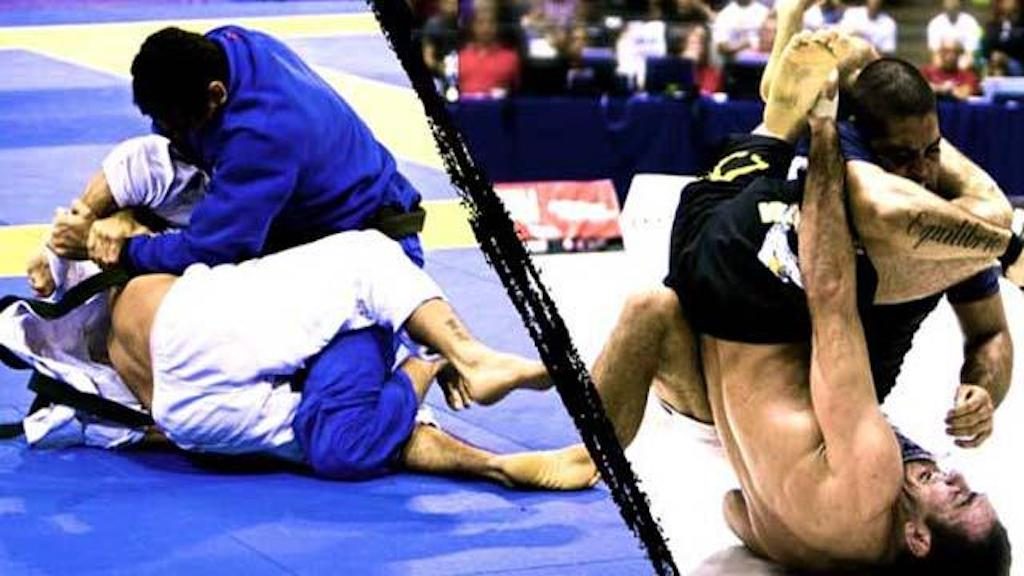 This is the most subjective answer possible. The question is certainly one of the most frequent ones, but the answer is anything but easy. The easiest logical answer would bet o try both and figure out which one you like better. However, that also means training at least a year, in order to really understand what it is you’re taking up. Most people usually want an answer straight away, so I have a go-to recommendation, rather than a clear cut answer. BJJ NO-Gi training is for those that like to keep a fast pace while also looking to be highly technical. Gi jiu-JItsu is for people that like to take things a bit more slowly and play more of a chess game. These are al lonely recommendations, mind you.

One way of really figuring it out, for me, is to roll with people a few times and talk to them. That way, I can gauge their character and approach to things and let them know what I’d recommend them out of the two. Till, people sometimes opt for the different options, hence the highly individual character of this particular conundrum. In short, talk to your instructor, and give both a try. Even better, yet, and an academy that has both types of classes in their program. Problem solved.

The answers above are far from all the answers to all BJJ No-Gi questions you might have. In fact, there are even more FAQs that we didn’t include. The reason for that is that we wanted to focus on nothing but those questions that might help you decide whether to give No-Gi a try or not. As I said before, my strong recommendation is that you do, the sooner, the better. You do not need to become the next Gordon Ryan in order to train No-Gi. Quite the contrary, you can train all the way to a black belt and not even compete. Pretty much lie with the Gi, in essence, only a lot more fun! Now go roll!