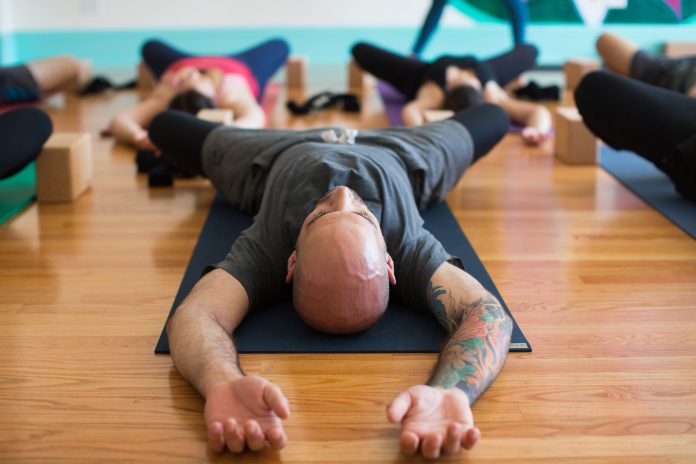 Yoga and BJJ go perfectly with each other. However, Yoga is much deeper than just a series of stretches or impressive balancing poses. Moreover, it can provide a lot more benefits to grapplers, some of which have nothing to do with physical training per se. Yoga is a complicated and deep practice and we’re only skimming through what it really has to offer. A great example is Yoga Nidra. Have you ever heard of this type of Yoga? It might not be the first thing you associate with martial arts and fighting, but there’s a lot of benefits of Yoga Nidra for BJJ.

Yoga Nidra is basically a form of guided meditation, to put things bluntly. Guided meditation? Nope thanks, I’m too tough for that. Yeah, I know, I thought the same thing. As it turns out Yoga Nidra is much more than just guided meditation, and it has incredible benefits both mentally and physically. Whether you use the practices to stay sane in these crazy times with no BJJ, or you decide to use it as the powerful recovery tool that it is, Yoga Nidra for BJJ is something definitely worth exploring.

Contents hide
What Is Yoga Nidra?
The Benefits Of Yoga Nidra For BJJ Athletes
Recovery On A Different Level
Final Thoughts

What Is Yoga Nidra?

In Yoga, the term Nidra is used to describe a practice people often refer to as Yogic Sleep. In other words, during this type of Yoga you’ll be doing nothing. Well, at least physically. In Sanskrit, the word “Nidra” actually means sleep. However, ion a more spiritual way, it also refers to consciousness. That said, don’t let the talk of spirituality guide you away from Yoga Nidra – you absolutely don’t have to be the next Dalai Lama to have it work for you.

For a Yoga Nidra practice, you want to be lying down comfortably, first and foremost. The only trick is, you can’t do it on your own, as you need someone to guide you. But that is easy to solve, as you’ll see further on. The practice itself has different phases, the first of which has to do with physical awareness of the body. The goal here is to relax the muscles in the entire body in a very specific guided fashion.

The next phase is relaxing the mind which is where things get crazy and fun. This is the time when you enter a weird state of being half asleep (or fully asleep for some) and where you get most of the benefits of Yoga Nidra for BJJ and in general.

The Benefits Of Yoga Nidra For BJJ Athletes

Yoga Nidra offers a bunch of benefits you wouldn’t expect to get from just lying there. However, for people that train while tumbling on the ground most of the time, we shouldn’t be too quick to disregard it.

The very first claim of Yoga Nidra is that an hour of practice has the same effect as 4 hours of sleep. Obviously, this is something that is extremely hard to prove It does, however, feel that way, I can attest to that.

Recovery is probably the one benefit of Yoga Nidra for BJJ that will tempt most grapplers into giving it a try. In those terms, Yoga Nidra provides rest to the entire nervous system, which is why most people feel like they’ve slept for hours. There’s not one muscle in the body that remains tense, which is not easy to accomplish with any other type of stretching or mobility routine out there. Believe me, I’ve tried them all.

Something that has to be taken into account is also the effect of Yoga Nidra on the mind. The practice manages to help you clear out the mind and give your brain a rest. For everyone that does Jiu-Jitsu, being in a state where our minds aren’t engaged is extremely hard and rare. Yoga Nidra, however, will help you relax any mental tension you might have, and help bring things into perspective. Not to mention how many BJJ related stuff will become much clearer and will “click” together.

Something to also consider is the connection between the body and mind that Yoga Nidra helps strengthen. For fighters, whether it is grappling or MMA this is huge. Why hire mental coaches when you can achieve it all while going to “sleep”?

Recovery On A Different Level

In today’s way of life (well ok, not the Covid-19 one, but the hectic one we had up until a few months ago), finding time to rest is hard. This is really contradictory. As rest is what fuels athletic performance. Considering how demanding BJ is on the body, rest is huge, and not getting enough of it severely impacts how we perform on the mats. That’s where Yoga Nidra for BJJ comes in as the perfect shortcut. 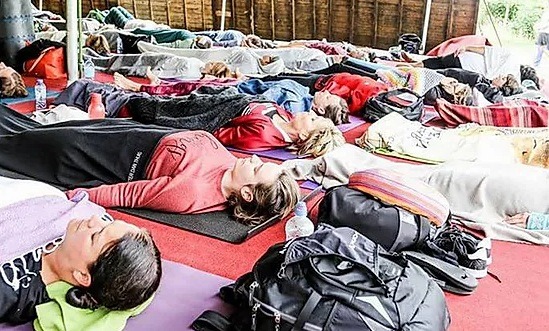 Going for a Yoga Nidra practice is easy. If you can find a Yoga school to do it, I’d recommend you do it that way. You’ll need someone to guide you through the experience so that you can completely relax and let go. However, if a school is not an option, particularly not in isolation, you could find a Yoga Nidra routine online. There are plenty and they will all help you feel more rested, rejuvenated, and centered.

The trick is to really set up for the practice. You’ll need to make sure nobody disturbs you during the practice, or there’s no point to it. To that extent, put the phone on airplane mode is a must. Moreover, I’d recommend some type of headphones to help you dial down all the external noises that are all around you. As for a spot, you could lie on a bed, but lying down on the ground is better. Find a comfortable spot, perhaps even cover yourself with a blanket if it is chilly, and go do some Yoga Nidra. Don’t overthink it, and you’ll soon be amazed at the benefits.

Trying to explaining Yoga Nidra in an article is like trying to explain the feeling of training BJJ to people who have never tried it. Since that is something everyone who trains can relate to, just keep an open mind and give Yoga Nidra a try. The benefits of Yoga Nidra for BJJ are immense, particularly if you’re one of the BJJ nerds with a mind that doesn’t settle, or you need to find a way to recover better and faster.