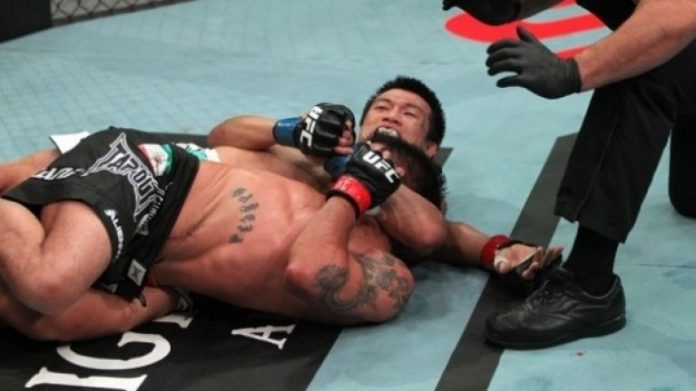 There are plenty of ways to make people miserable in Brazilian Jiu-Jitsu. As much as we paint it to be the most honorable and ego-free are, at the end of the day, we like to torture whoever we’re rolling/fighting with. Apart from all the submissions and crazy moves that put people in awkward spots, there’s one aspect of Jiu-Jitsu that is crucial to a well-rounded game – pressure. Whether you like to put people under pressure while you’re passing, or you like to be heavy form the mount or side control, it takes a lot of time to learn how to distribute your weight. An easy way to figure it out is by studying wrestling pins. After all, their sole purpose is to keep people from moving while on the ground. How can they not be useful for BJJ?

Wrestling has a huge role in Brazilian Jiu-Jitsu training. However, it takes people a long time to figure out that takedowns are not the only thing wrestling has to offer. Usually, people realize that wrestling has many more aspects than just takedowns somewhere around the purple belt. However, if you turn to wrestle to help you with groundwork earlier, by the time you’re a purple belt you’ll be unstoppable! Wrestling pins are an aspect of grappling that people have been developing for ages. The knowledge wrestling brings in this area is priceless and it has a lot to teach modern BJJ practitioners.

The Art Of Pressure 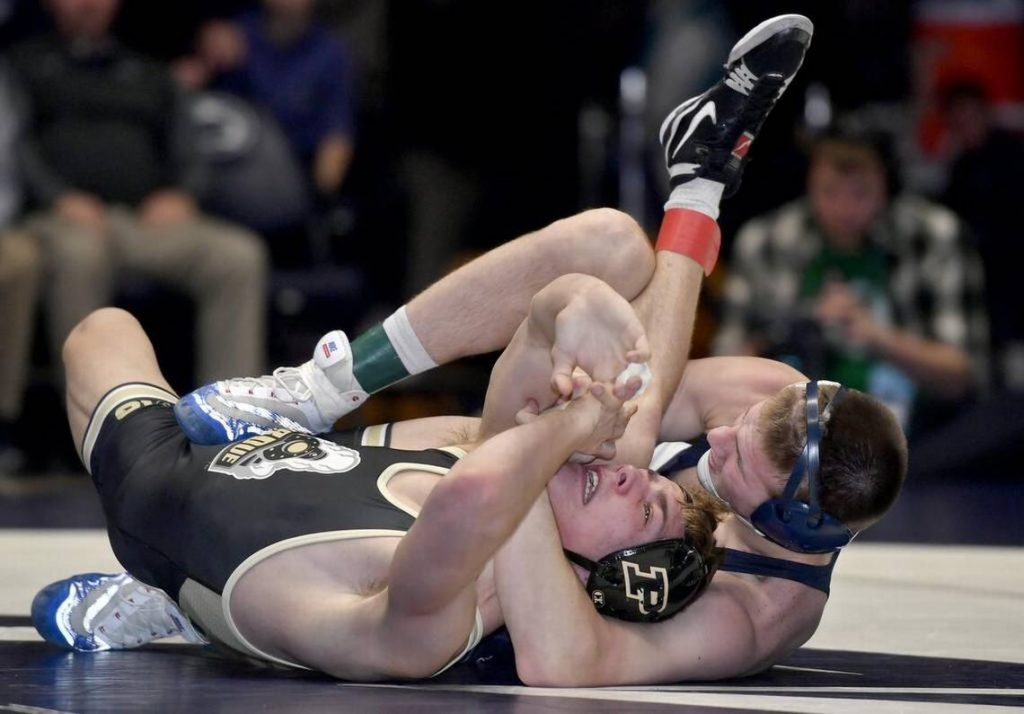 If you’ve ever been caught in a really good pin, you know how helpless it makes you feel. There’s nothing worse than having to bear someone’s entire weight on you. When that person knows how to direct that weight and turn it into specific pressure, you end up completely immobile. Or, in other words, you get pinned.  In wrestling, pinning is the ultimate way to win. If you can keep your opponent on the ground for a certain amount of time, the match is over. No wonder wrestlers spend so much time working on various wrestling pins.

There are two main benefits that wrestling pins bring to BJJ and combat sports in general. First, they help you keep an opponent in place, which is crucial. Next, they teach you how to make that opponent utterly miserable. The first part doesn’t take much time, while the second requires some careful fine-tuning. This the reason why pressure placement in grappling is truly an art. Many people think that wrestling pins are actually static. Well, the finishing point of a wrestling pin certainly is as it needs to keep someone from moving. But getting to that final position requires directional pressure that shuts down any and all escape avenues. And this is pretty much what Brazilian Jiu-Jitsu is all about.

Knowing how to project your pressure means you can exploit plenty of benefits. First of all, you can rest. And we all know how much rest is needed in certain situations in grappling. Next up, you can actually control a much bigger opponent with a lot less effort. Furthermore, the pressure is a great way of opening up attacks.  Finally, it also provides the perfect defensive position – the bottom person can’t attack if they can’t move or catch their breath.

Let’s revisit wrestling subs in a BJJ context. The one thing everyone’s after in BJJ are submissions. However, there’s the old “position before submission” mantra when it comes to submission success. Well, today that mantra is more like “control before submission”. And where do you find better control than with wrestling pins? Granted, wrestling tends to focus on keeping someone in place which often means no movement. This might be a hindrance to submission attempts if you do not use pressure. However, if you use pressure pins you’ll find that your submission rate is going to skyrocket. Moreover, wrestling pins sometimes turn into great BJJ submission of their own.

Probably the best use of wrestling pins in Jiu-Jitsu is a transitional one. Imagine working very hard to pass a really good guard player’s open guard. Great guard players are usually slick at recovering guard as well. That means the moment you ass the guard, they’ll find a way to re-guard. When you have pins in your arsenal, you’ll find that you’re heading for very different directions after you pass. You’ll also notice that fewer people are able to immediately re-guard as well. 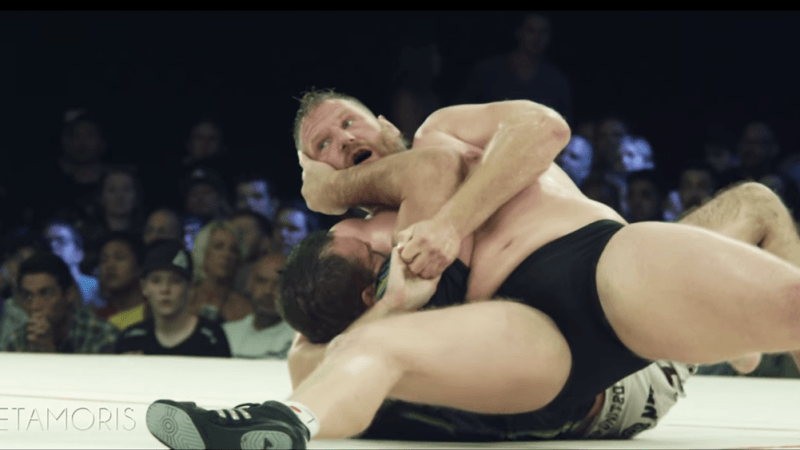 Finally, there’s transitioning between pressure positions, like side control and the mount. If you can pin your opponent successfully every top position becomes available. Imagine you’re in a top half guard. Instead of wasting energy on passing, you go for a wrestling cradle pin. Immediately, your opponent is in a world of pain and you can do whatever you want – pass, move to mount/back or submit.

Learn the traits of pinning straight from an Olympic gold medalist in wrestling and a two-division UFC champion! Henry Cejudo’s “Gold Medal Wrestling” instructional DVD set has an entire DVD dedicated to wrestling pins for BJJ and MMA.

There’s one more great aspect to wrestling pins many people seem to miss. That is how you can use them in MMA. When striking is a factor you actually need pins much more compared to just grappling. There’s so much variety in the pins wrestling provides that you can pick and choose your favorite ones. The options you get can either get you in your favorite position/ submission or in a prime place for ground and pound! Imagine being able to do as much damage as from the mount, without the risk of being hip bumped!

Moreover, there’s next to no danger from the bottom in both a striking and grappling aspect. Of course, pinning like in wrestling is of no use when there are no points or time limits, but slight modifications will open up lots of attacking opportunities. Elbow strikes are a particularly vicious weapo0n that works best from the close proximity pins offer. COuple that with some bone crushing pressure and you might just get a tap before you get a KO!

Whatever your thoughts might be on wrestling, you’d be foolish not to use what it has to offer. Whether you use the takedowns or not, is up to you and your gameplan. However, anyone regardless of gameplan or preferences needs to learn wrestling pins. At one point or another, you’ll end up on top, and that is when you should finish a grappling match or an MMA fight. PInning someone to the ground makes that victory so much easier, and not to mention, sweeter.

BJJ Dogfight Position Blueprint: How to Win Every Exchange