Saudi Arabia is a country that is well and truly established on the Brazilian Jiu-Jitsu world map. It has been so since the early days, in fact, with ADCC and the UAEJJF being a couple of the strongest promotions out there. However, apart from the people in charge who can have the likes of Marcelo Garcia flown in for privates, how is training in Saudi Arabia? More precisely, how is Women’s Jiu-Jitsu in the Middle East, given the cultural differences that part of the world has compared to the Western countries?

Right off the bat, the point of this article is not social justice. The way culture works in Saudi Arabia and the Middle East is something I don’t’ want to be touching upon. The goal of this article is to share a few interesting stories about the state of Women’s Jiu-Jitsu in a part of the world where you probably wouldn’t expect women to be striving so much in a contact sport like Brazilian Jiu-Jitsu. So politics aside from the get-go, and let’s focus on how grappling is spreading to every part of the world and changing perceptions.

In Saudi Arabia in particular, Brazilian Jiu-Jitsu has been around strong for about 5-6 years. In contrast to neighboring UAE, BJJ did not spread as fast throughout Saudi Arabia as it did through some other parts of the Middle East. Actually, it was quite behind until black belts, mostly of Brazilian origin started slowly coming to the country, trying to pioneer the Gentle Art. 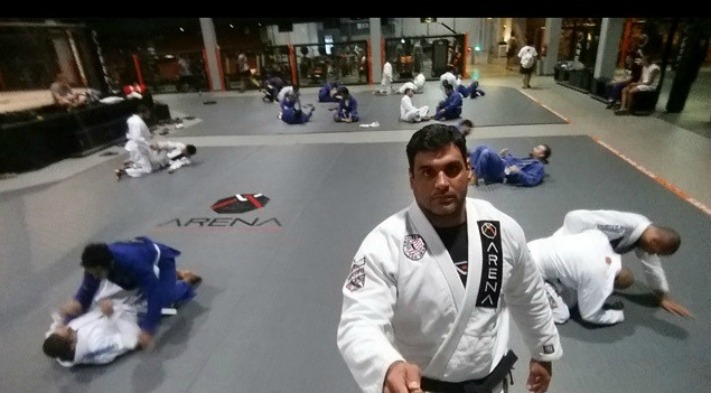 Currently, there are several academies in Saudi Arabia with high-level BJJ coaches doing the teaching. A few years ago, due to the no tourist policy of the country, there were plenty of people trying to come in with work visas, claiming they were black belts, whereas they were in fact fake ones. Luckily, that didn’t work and some legitimate black belts now call Saudi Arabia their home. For example, there’s Arena MMA in Jeddah, a gym with more than 600 members, 200 of which train exclusively in BJJ. The head of the Academy is Ricardo Liborio black belt, Fabiano Silva.

Saudi Arabia is actually a modern country that has everything it takes for Brazilian Jiu-Jitsu to thrive there. Apart from people coming in to teach, there are also locals, like Musaad Alturif “Sheik”, a purple belt under Eduardo Telles that is trying to put his country on the Jiu-Jitsu world map.

Other top-class coaches like Jose Junior, who used to teach in UAE, are also flocking towards Saudi Arabia. He is also working at Arena, helping kick start BJJ in Saudi Arabia, including Women’s Jiu-Jitsu on a much larger scale than now.

Women’s’ Jiu-Jitsu in Saudi Arabia is a very specific subject. And still, it not only exists but thieves, mostly under the tutelage of two Brazilian black belts Roberta Ferreira and Lidiane Ramos Faubel. They don’t just teach Women’s Jiu-Jitsu classes but also have kids programs and even host tournaments for their students. Work that deserves praise and accolades, without a doubt.

Both women live and operate in Jeddah, the country’s commercial center. Both their husbands are also BJJ black belts teaching as well. In fact, Roberta is married to Jose Junior, and migrated with him from the UAE, trying to do for Women’s Jiu-Jitsu in Saudi Arabia what her husband has been doing for the male population. A black belt for almost a decade she was teaching women in the Army self-defense while in the UAE. Along with fellow Brazilian Lidiane Ramos Faubel, Roberta has been giving classes to women from all walks of life in Saudi Arabia.

The women that come to train do so in Gis, but they can choose whether to wear a hijab or not. According to Roberta, that is down to household education and beliefs, and some women choose to do it. The main thing is that they get to train and compete in Jiu-Jitsu under the tutelage of experienced black belts.

The Women’s Jiu-Jitsu classes are a part of Arena MMA’s schedule, and there’s quite a number of ladies that regularly come to train. In fact, there are now even other women, some native to Saudi Arabia that are taking up teaching Jiu-Jitsu in the country, helping to spread the art even further among the female population. For now, though, Jeddah seems to be the epicenter of Jiu-Jitsu in Saudi Arabia.

A Grappling Community On the Rise

Speaking of an epicenter, Arena MMA is surely doing some amazing things in Jeddah. They even organize full-fledged tournaments for both female and male competitors, as well as children. For now, they’ve organized two women-only tournaments, and one mixed tournament (for women and children).  But they’re not the only ones. 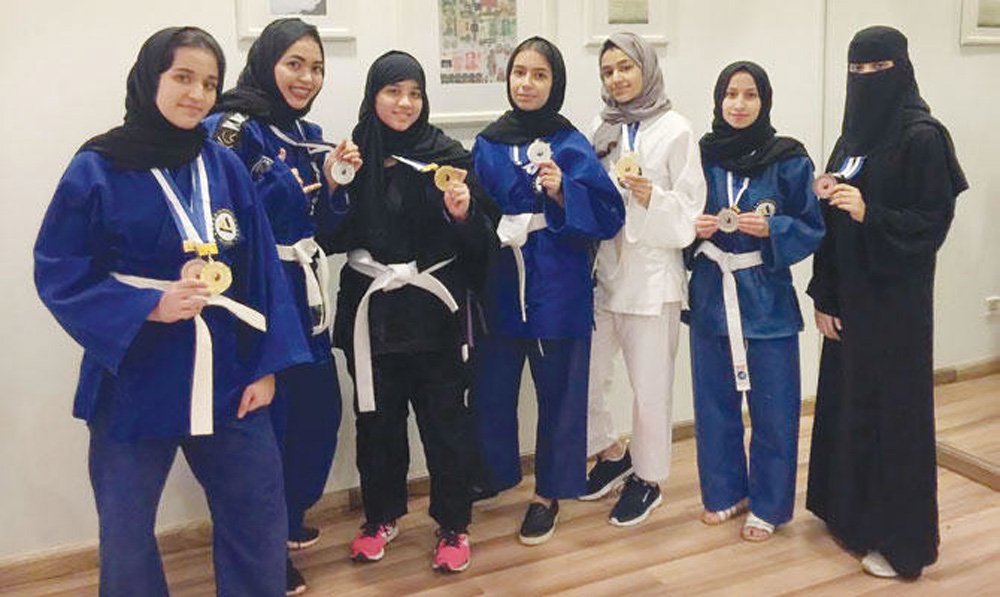 The Legendary Heroes gym (also based in Jeddah) also organizes tournaments. One of them was the first-ever women’s Jiu-Jitsu and kickboxing tournament in 2018, which had more than 40 contestants. Saudi Arabia is encouraging women to partake in tournaments and sports, thus lending a helping hand to Women’s Jiu-Jitsu pioneers and their gyms.

Saud Arabia people take great pride in training and competition. They fight hard, and have their entire families visit and watch tournaments. That, along with the actions of Brazilians that head major clubs like Arena and Legendary Heroes, as well as the exploits of locals like Musaad Alturif “Sheik” promise a very bright future for Jiu-jitsu in yet another staple Middle eastern country.

The sport of Jiu-Jitsu will spread to the furthest parts of the globe in the years to come. That includes Women’s Jiu-Jitsu as well, and it is particularly inspiring to see it spread and take hold in the Middle East as well as the west. Once again, Jiu-Jitsu proves to be larger than borders and cultural differences, and it helps bind people together for a common goal – be better. 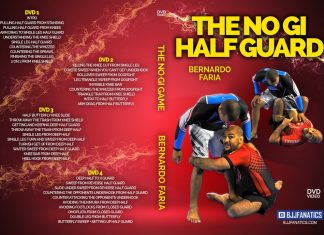 0
When the time comes for a grappler to take the Gi off and give No-Gi a try, the Brazilian Jiu-Jitsu guard game changes significantly....