Brazilian Jiu-Jitsu is full of idiosyncrasies that look absolutely out of place in an art that is so meticulously methodical. One such example is the custom of instructors shouting out 1,2,(3) and then they, along with all the students clap their hands. This usually takes place after every BJJ Demonstration of techniques, in all classes, from kids to advanced adults. The reason we do this is beyond me, as I can’t see any real reason for this particular nonsense. Let me elaborate.

BJJ is an individual sport, but we often treat it as a team, especially with competitors. It is strange, as, in reality, Jiu-Jitsu is somewhere in the middle between a team sport and an individual one. In those terms, certain methods that help strengthen team spirit are often used as psychological “tricks”. In terms of clapping after a BJJ demonstration, I’ve heard all the psychological explanations and I still can’t see the relevance of difference it makes. That said, I actually dislike it due to the programming it instills in folks.

Contents hide
Where Did It All Come From?
Unwanted Side Effects
Team Spirit And The Psychology Of BJJ
In Conclusion

Where Did It All Come From?

Honestly, who knows? I’ve been scouring the internet trying to figure this out. There’s no real way to trace this back to one particular martial art, although plenty of them do it. In fact, in combat sports (boxing, wrestling, MMA), etc. it is a more regular practice compared to martial arts. Other sports, particularly team sports the likes of baseball, basketball, football, etc. also use a variation of the “team clap”, for lack of a better phrase. 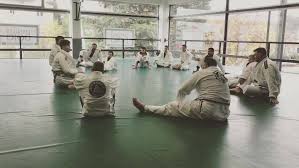 The psychology of this is to synchronize everyone in a team. The countdown is something that gets everyone on the same page, and the lap is an auditory signal that usually makes people pay attention. At the end of every BJJ demonstration, most instructors use a variety of this, either counting to two, or three and then everyone claps. This should both have people focused on the move they’re about to try out, have them operate as a “team” and marks a clear end of the BJJ demonstration and start of the practice.

One of the main reasons people use this (or think they do) is to get others’ attention. In that sense, it does work as people do focus on the clap. You can often see them waiting as an instructor nears the end of a demonstration, eager to do the clap., In fact, sometimes they’re a bit more eager to do the clap than they are doing the actual technique. Plus, as much as you may try, you’ll never synchronize everyone completely.

Let’s get into the meat and potatoes of why I dislike this particular BJJ pet peeve. For starts, I can’t really see a clear reason why we need to do it. And if I can’t answer the “why” I usually tend to get annoyed and look really deep into a certain matter.

As far a the synchronizing portion goes, that’s impossible. In my academy, we adopted this a few years ago, trying to get people to do something recognizable and have a “ritual” of sorts ./However, as a girl who had been training just a few months at the time pointed out, two people will never be able to completely sync up. She was right, No two people, and let alone an entire academy get the clap right. So, there’s that synchronizing theory right out the window.

The part about everyone doing the same thing is cool, up to a point. However, the “1,2,, Clap” gets so instilled in people that often they don’t’ realize they’ve been programmed. We had a visiting black belt hold class once, and he did not have the habit of doing the clap. After the BJJ demonstration, when asked us to train, nobody moved! Everyone got stuck with hands out wide, waiting for the 1,2, clap! It would’ve been funny if it wasn’t scary, to begin with. This kept happening for the entirety of the class and got me thinking even more. Why would we want people to act the same in an art where expressing your individuality actually pulls the team forward?

The clap might be fun to do at a seminar or camp or some game. Howler, do it long enough in a gym, and it loses the original aim of getting people together. It just becomes something they mindlessly do, and if you try to take it away from them, they get stuck. So much so, in fact, that a lot of the attention is at clapping, instead of listening to what an instructor is saying during the final parts of a BJJ demonstration, which is often when most valuable points about the technique are being repeated and reiterated.

Team Spirit And The Psychology Of BJJ

I’m far from an expert in psychology, particularly sports psychology. However, I like to follow the niche that Brazilian Jiu-Jitsu is not as complicated as everyone makes it, but rather simple. And when BJJ becomes simple it becomes easy,. And not, it does not become less fun. Quite the contrary. My point is that as long as there’s a clear answer to why we’re doing something, even if the answer is “it is a tradition passed on from “traditional martial arts”, as the example of “Oss” in BJJ. That’s perfectly ok. However, I haven’t found a satisfactory “because” in the case of the “1,2, Clap”. 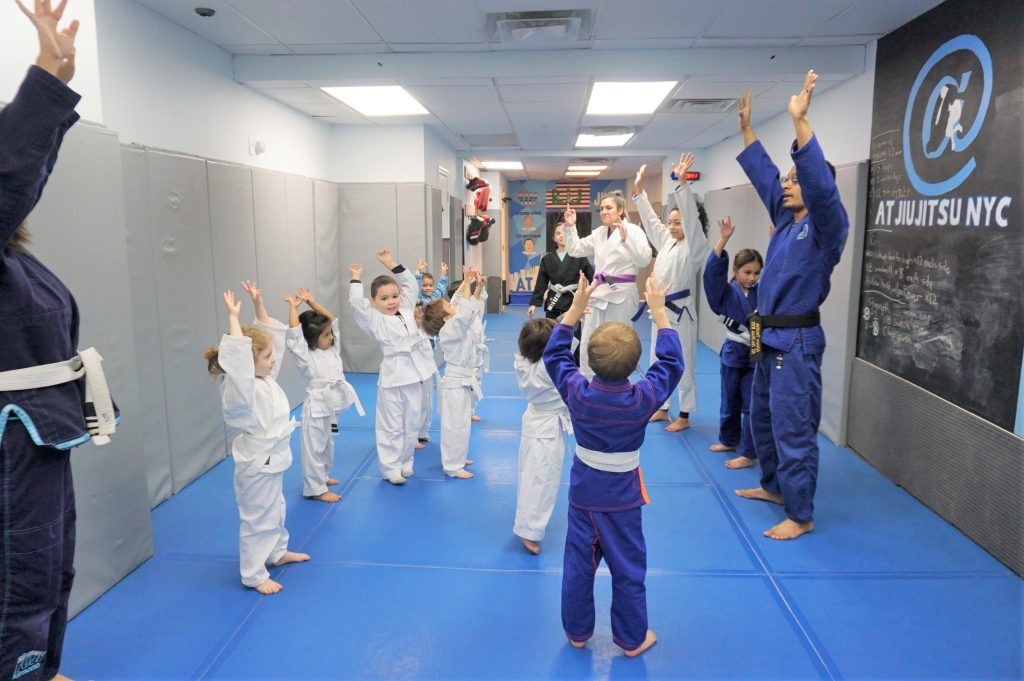 That point about strengthening team spirit is also complete nonsense. People are just looking to mindlessly clap, an have no greeter connection to anyone standing near them, or on the other side of the gym, then they would if they didn’t. Actually, they just might look and interact a bit more if they’re not anticipating the team clap that marks the end of a BJJ demonstration. If you want to truly strengthen the team spirit in your gym, organize activities for people outside of class. Do one of these a month and you’ll have a team that’s so in sync no amount of clapping will get other academies even near them.

I get it that we do some things just because others that came before us claim they have a role. I might be wrong, of course, but it still boils down to “why”. Just like in a few instances of BJJ techniques, when nobody could answer my “why” and I figured out more effective ways to execute them, even though they weren’t the norm, I am challenging the notion of clapping after every BJ Jdemosntration of a technique. It is needless, time-wasting, and programs people to act in a way that doesn’t favor personal, nor the growth of BJJ as an art. Not to mention the growth of the team.

I’m doing an experiment currently with completely cutting the “1,2, Clap” out of training. SO far, I’ve only had a few people still look for it and even ask where it is. That’s programming. Others, don’t mind it as much and seem to be doing just as well, if not better, without it. The idea is to spark creative thinking in people, not have them act like drones. In a BJJ demonstration I did just yesterday I danced to a salsa song (very badly) dressed in a Hawaiian shirt themed rash guard. That’s something they’ll never forget. If I just went through the BJJ demonstration I did like usual and had them clap at the end hoping it helps them remember things, I’m absolutely convinced I wouldn’t achieve the same level of retention of information I did by doing something outside the box.