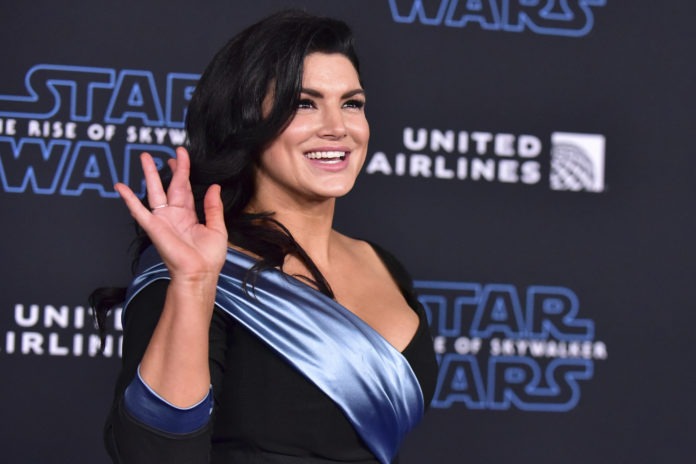 Disney, or rather Lucasfilms, quite abruptly and publicly released Gina Carano from her role in the hit series “The Mandalorian” on February 10, 2021. The former MMA star turned actress was quite unceremoniously pronounced as “no longer being an employee” of the company via social media, which is how she herself got the news. In addition to the reason apparently having to do with the way she phrases her social media posts, her dismissal quickly went viral. But what really happened?

As it seems, the writing was on the wall for some time. Disney pulled Gina Carano from promotional duties in regard to the second season of the popular show, initially because of the wording she used in one of her social media posts.

Namely, over the course of several Twitter posts, Carano expressed an anti-mask wearing stance, while also controversially speaking about voter fraud and apparently expressing herself in a transphobic manner. This led to Carano being pulled off the promotional aspects of the show, and as she declared, even asked to apologize on social media by using a draft supplied to her by Lucasfilms.

Gina Carano, of course, did not accept the terms and issued a statement of her own in terms of the tweets she initially wrote.

“Earlier on last year before ‘The Mandalorian’ came out, they wanted me to use their exact wording for an apology over pronoun usage. I declined and offered a statement in my own words. I made clear I wanted nothing to do with mocking the transgender community, and was just drawing attention to the abuse of the mob in forcing people to put pronouns in their bio” said Carano.

However, after recently sharing a post suggesting that being a Republican today was akin to being Jewish in the time leading up to the Holocaust, Disney and Lucasfilm cut all ties with the former MMA champion, declaring that her posts were “abhorrent and unacceptable”.

“That was heartbreaking, but I didn’t want to take away from the hard work of everyone who worked on the project, so I said ok,” Carano declared. “That was the last time I was contacted about any type of public statement or apology from Lucasfilm. I found out through social media, like everyone else, that I had been fired.”

In fact, it was through social media that Gina Carano herself found out about the dismissal. In addition, production of the popular Cara Dune action figures (a character Gina played in the show) has also been stopped.

Since the incident, Carano announced her plans to produce her own movie, in collaboration with Ben Shapiro and his website The Daily Wire.