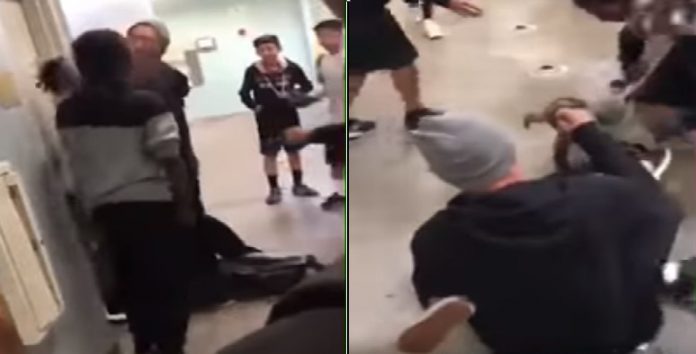 This teacher is probably a practitioner of BJJ or some other grappling martial art.

After one kid punched him in a face knocking him down he managed to entangle him from the ground putting him in a leg lock.

The teacher was trying break the fight between two kids arguing in the school. One kid trying to punch another kid, probably, accidentally punched a teacher knocking him down. A few seconds later teacher managed to take the kid down and put him in a leg lock making the kid unable to move.