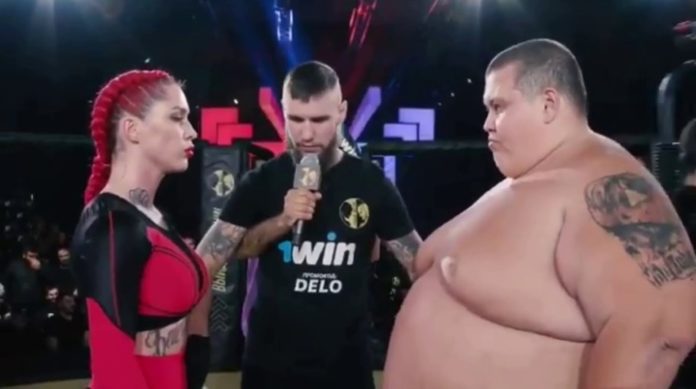 Mazdyuk has a lot to say about her professional MMA experience of four wins and one defeat, and she weighed 63 kilograms. Christyakov has absolutely no martial experience, but that is why he needed a special scale, as he weighs 240 kilograms. That is, as two UFC heavyweight limits.

The two of them really did the fight and one in which technique once again overcame strength, if what Grigory possesses can be called that. But the level of the “cringe” is certainly above the imaginary red line, and many would call what happened disturbing.

This fight proved that weight means nothing if there’s no skill involved in it. She showed that with a break in the first round.

This is almost as similar as when MMA PRO and BJJ Brown belt Tara LaRosa defeated internet troll Kristofer Zylinski who said he can’t lose to a woman in Jiu-Jitsu. Although Kristofer wasn’t as big as this guy and he was pretty agile and skilled a bit.

In the video below you can see how Darina managed to defeat this giant.