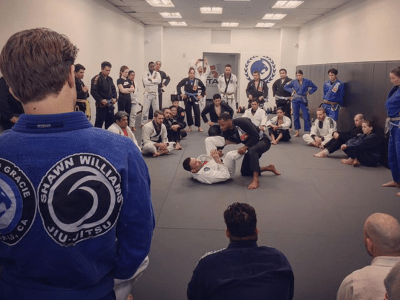 If you’re teaching BJJ, whether at your own academy or as an employee, you’ve most likely encountered a common problem. It has to do with planning classes. Have you ever ended up in a jam trying to figure out what to show a few hours before an actual class? We’ve all been there, and it’s okay from time to time. But imagine how easier your life would be if you had a BJJ curriculum that had everything neatly organized for you. And why wouldn’t you have one?

When it comes to putting together a BJJ curriculum, most people think it’ll be an easy job. Throw together some moves, perhaps cover some of them across multiple sessions/weeks and you’re all done. However, trying it in real life is not as simple. I’ve gone through a lot of trial and error, some from my experience, and some from others, while trying to figure out how to put together a BJ Jcurriculum that works. Here are my experiences.

Contents hide
Organizing BJJ Classes
How To Set Up A BJJ Curriculum
Figuring Out the Sweet Spot
Conclusion
Related Articles:

When it comes to organizing BJJ classes, the one key thing you need to know is who are you going to teach it to? Of course, you can show everything to everyone, but certain stuff is not appropriate for certain levels. It is not that people can’t understand them, it is that they won’t for the simple reason of focusing more on the trivial things than those truly important. Which brings us to how you teach classes and how you organize them all together.

Basically, outside of having separate adult and kids classes, which is a given, you need to really understand how people learn, and which approach works best for every level. And no, there’s no one approach that work is universally for people of all levels, ages, and experience. To that extent, let’s start with a class structure before we take a look at any type of BJJ curriculum. In that sense, you need to make sure there’s something that’s going to be a constant in every class. Your best bet is figuring out a warm-up fun enough for people to do, and efficient enough to start class quickly.

From there on, you need to know how you organize the technical aspects of training. Whether you teach both standing and ground techniques in every class, or separately in the different block is down to you. In any case, figure out a pattern so that you can organize everything in a neat curriculum. And last but not least, the one season which took me the longest to learn – you can’t teach everyone everything, despite really feeling like you have to. It’s tough, I know, but there has to be a filter, otherwise, nobody is going to be able to actually learn stuff.

How To Set Up A BJJ Curriculum

Speaking of a BJJ curriculum, it is not the same as setting up a school or work curriculum. Setting up a BJJ curriculum means dedicating time to different aspects at different times. You could go to class by class, or cover one subject for the duration of several weeks. You’ll see different approaches around the world, and they all have merits. However, what I found works best, is having weekly subjects.

What that means is that you pick a subject, for example, the closed guard, and you stick with it for an entire week. Of course, every next class should build on the previous, offering a full concept at the end of the week. Speaking of weekly subjects, make sure you schedule repeating stuff from previous classes in every next class during a subject week. That’s the perfect way of ensuring a BJJ curriculum is effective.

When it comes to adjusting the level, you have to understand that white belts and purple belts won’t look at the same move in the same way. Here, I don’t think belt rank should dictate groups. I like the ADCC approach better – beginners, intermediate and advanced. ideally, you would have each of those categories in a different class. However, since this is not always an option, consider splitting people into two groups after a collective warm-up, and teaching each group subjects appropriate for their level.

Figuring Out the Sweet Spot

I’ve had plenty of unsuccessful experiences when it comes to implementing a BJJ curriculum. One thing I did wrong, was trying to fit the same model of a curriculum to different groups. That’ won’t work instead, a key moment is making sure the curriculum first the level fo the group. By that, I mean more movement and technical work with beginners, more conceptual work and drills with intermediate/advanced people. And from time to time, maybe extend the subject matter to two weeks but never beyond, as it turns people off. 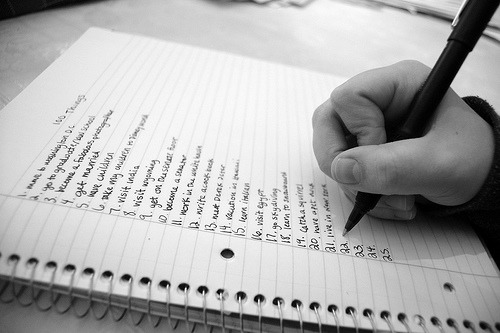 In terms of teaching folks, remember that there are three general types of learners. You have those that learn by watching (visual learners) which is why you need to demonstrate moves from multiple angles. Then, there are the auditory learners, meaning those that listen to what you say. Conversely, you need to give clear instructions as you demonstrate. Finally, you’ve got people that learn by touch or kinesthetic types. That’s why you need to pay attention to everyone as people try moves and correct them by placing their limbs/bodies in the correct places.

All in all, a BJJ curriculum has to be really diverse. The real pain is fitting in standing techniques and ground ones. I’ve found that doing a takedown or throw, before proceeding to two or three ground techniques is a great formula, but feel free no call me ou on that one. Whatever you do, make sure you plan everything out, and work in cycles. that means that you shouldn’t build a yearly curriculum, but rather one that’s around 4-6 months long. You can repeat t twice, or figure out what to demonstrate in the following cycle.

Working with a BJJ curriculum might seem a bit restrictive to people, but it is quite the opposite. Knowing the subject matter means people know what to expect when they come to train. Moreover, they get to work on different things every week, while at the same time training things that are easy to connect to one another. In other words, a really thought-out curriculum is very important if you want your cases to be actually effective at teaching people Jiu-Jitsu.