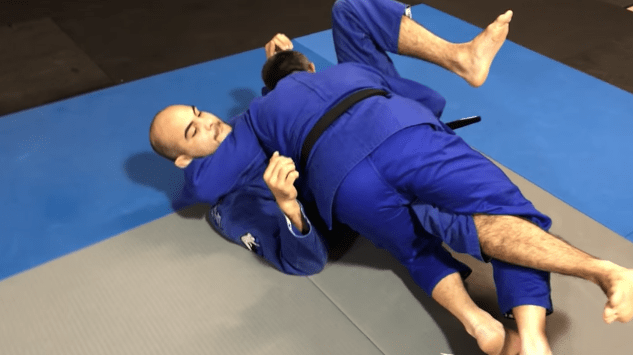 You know the over-under BJJ pass. it is the one plenty of folks were troubling you (and still are) before you decided to pick up on it. It is a pressure pass that works really well. In fact, it works so well, some of the best in the world have built entire grappling careers around the pass. It is a great one to have in your toolbox but comes with a kink. Given its success, most people now know how to block or escape it. It is time to give it an edge again with these solutions to common over-under BJJ pass problems

Personally I never used the over-under BJJ pass much. Then, I learned about crucial details from a black belt called Aaron Ross at a BJJ camp and the pass waltzed right back to the middle of my passing arsenal. As it turns out, there are a few very simple solutions to some of the things people do to block the over-under. Incorporate them into your pass, and you’ll soon challenge even Bernardo Faria with your effectiveness.

The over under pass utilizes several fundamental BJJ principles. that is precisely why it is so effective. First of all, it completely blocks the hips with the use of your entire bodyweights, which is highly efficient. It is not just your bodyweight, though. You’re using your shoulders and arms to create wedges that block the hip from going in any direction. At the same time, you also control the legs in the best possible way – not allowing the knees to touch the ground. 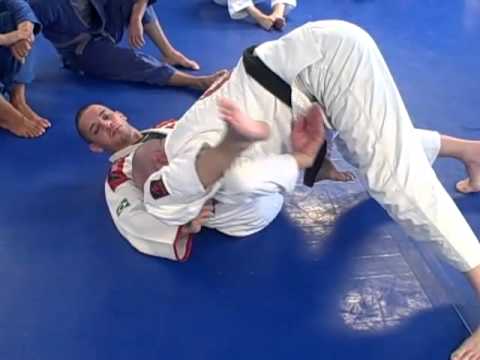 The over-under BJJ pass works with you establishing an udnerhook on one leg, while an opponent is in guard. Just like with a single or double under pass. The difference here is that you don’t grip as deep with the under arm. For the over under pass, you try and grip the Gi jacket if you can, or the pants. Forget about the belt as it comes undone too often.

The other arm goes on top of the other leg (hence the name). This arm grip the pants. However it is not at knee level, like most people do, but as low on the pants as possible. IN fact, to make it easy, just grab the pants in the middle of the calf, or lower.

Finally, your head goes to the under side, and you keep your body in a “down dog” like position until you decide to pass. It is exactly when you get your butt up that you start running into some defensive walls.

Solving The Key “What Ifs“

What if the opponent pushes my head? What if they place a hook with the leg I’m trying to pass? How about if they stiff-arm my over arm so that I can’t pass? Let’s try and solve these key blocks to the over-under BJJ pass once and for all.

The head is quite easy to solve. People will try to push it back, or they’ll try to push it to the other side of their body. You just need to look in the right direction. Literally. In this case, that means having your forehead, almost touch your palm on the under side. You should have your face buried deep in the opponent’s pants, denying them any contact with your forehead, or face area. This will completely take away their options regarding pouching the head.

This is probably the number one thing that you should understand about the over-under BJJ pass. Most often, the trickiest part, particularly against slick guard players, is to get the second leg over to the side to complete the pass. Many people decide to hook with the leg that’s in between your legs. The solution is actually quite a simple one – twist your hip, butt to the outside.

The reason why people can maintain a hook off of the over under pass is that you can’t reach your leg too far back. Opening up the hips to the side turns a motion of back kicking into side kicking, which greatly increases the range of motion of your leg. At the same time, it gives you a bit more pressure on that side as well.

Finally, one of the toughest things to deal with when executing the over-under BJJ pass.  There’s a stupid little counter that ‘s highly effective and it involves them gripping the sleeve of the over arm with their hand, and stiff-arming you. As long as they can keep your wrist glued to their hips, you won’t be able to complete the pass. As stupid as this problem is, there’s an even simpler solution.

In fact, there are two solutions. The first one is to punch. Not rally punch your opponent but certainly do a real-life punch. It should be a hook punch too, by the way. The idea is that when you go for a hook punch through the air, aiming to land on the other side of their body, you’ll generate more than enough force to break any grip.

Alternatively, you could opt for the more “painful” version of breaking the grip – use your knee. Simply place the knee on top of the opponent’s had, preferably on the top of the palm as they grip. then lower your weight and pull your arm out behind you. Will break the grip every time you try it.

The over-under BJJ pass is a very powerful guard pass. It can really win you championships, as long as you don’t abandon ship every time you get stuck in it. use the methods described above to unstick yourself and keep passing, even though opponents know what’s coming.