Brazilian Ju-Jitsu is a real melting pot of different people. With the Gentle Art spread to the furthest corners of the world, you’ll find every type of character training Jiu-Jitsu. Grappling is a sport that rarely leaves people with the option to separate it from their daily lives. training, competition and everything BJJ related tends to take over everything. In that sense, people form life-long relations with others they meet in the Academy. From iron clad friendships to marrying a teammate, we’ve seen it all in BJJ. However, one squiggly subject remains that of Jiu-Jitsu dating, particularly within the same Academy. Is it a smart move, and if so, how can you make sure you can make the best of it?

Dating is a tricky thing, even in the best of scenarios. When it comes to Jiu-Jitsu dating, things can become even more complicated. It would be presumptuous to think people will stop dating withing BJJ Academies simply because it can be complicated. That said, it is not only possible to date someone within your BJJ Academy, but pretty much sustainable. All it takes is following some rules of thumb, that may help you keep things flowing both on the mats and in your love life. Let’s tackle this tricky subject a bit, and explore some of the pros and cons of Jiu-Jitsu dating.

The Positive Sides Of Dating A Fellow Grappler

Let’s face it, if you’ve been training BJJ for more than a couple of years, you’re probably addicted to it. And, out of all the possible addictions in the world today. BJJ is probably the most positive one to have. In that sense, it is often difficult for people to explain to their partners how much BJJ actually means to them. That can make dating complicated and is one of the most positive aspects of actually dating a fellow grappler. 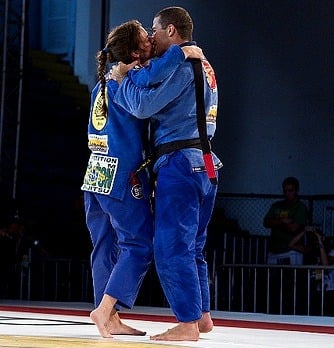 In those terms, having a significant other that trains can make a world of difference. Whether you’ve met up in the Academy or one pulled the other into training, this could end up being a real match made in heaven. It’s not just about understanding the time you spend on the mats, rolling with other sweaty people. It is about actually spending meaningful time together, doing a thing you both really love to do. Moreover, it makes washing Gis and buying all kinds of gear, for that matter, a shared positive experience, rather than expenses you have to carefully plan out of a family budget. Not to mention all the fun times that come out of tournament participation and BJJ road trips. Jiu-jitsu dating can be a real treat if you can make it work for you. And it is not hard.

There’s plentiful evidence out there that Jiu-Jitsu dating is not only possible but highly productive as well. Partners can drive one another to reach new heights, all the while sharing the same passion. There are countless BJJ Power couple examples out there, from ones that have been married for decades, to brand new ones that demonstrate how great such a choice of partner can be. The best part about it is when things truly click it doesn’t matter who’s the higher rank, or if you’re both the same rank. These are just some of the pet peeves and benefits that can come out of dating a grappling teammate.

Still, just like with every other dating scenario, things can go horribly wrong. So much so, in fact, that it may lead one of the partners out of an Academy. In the worst-case scenario, someone might even decide to hang up the Gi and call ti quits all in all. Not something we’d wish upon anyone training. Still, some of the general dating problems apply to Jiu-Jitsu dating as well. The trouble is, that there can be a lot more issues that come out of that, given the nature of training.

One huge thing, much like in the case of just about any other dating scenario, is jealousy. However, being jealous in BJJ can be much easier compared to everyday life. Seeing your significant other rolling with people of the opposite (or same) sex might be too much for some people. That’s one surefire way of creating a negative atmosphere not just between you and your partner, but in the Academy as well. Another thing is actually doing the opposite and only rolling between yourselves. That won’t last, it’s been proven, and the first one that tries to widen the scope of rolling partners will probably end up in trouble. Unfortunately, these two scenarios are something people see over and over again.

The next thing to watch out for is who you actually date. Just like in every other walk of life, not every person in a BJJ academy is dating material. They might be extraordinary grappler but not at all compatible dating-wise. In that sense, I mean that people’s characters can be completely opposite in grappling and in dating. That usually results in a negative experience that might even jeopardize you or the partner being a part of the academy. And then, there are dating instructors which is as tricky as Jiu-=Jitsu dating can get. however, it is entirely possible!

Before you partake in a Jiu-Jitsu dating adventure, make sure you approach things with a clear head. In those terms, we’ll talk more about people looking to start new relationships in a gym, as opposed to married or long-time couples that train together. 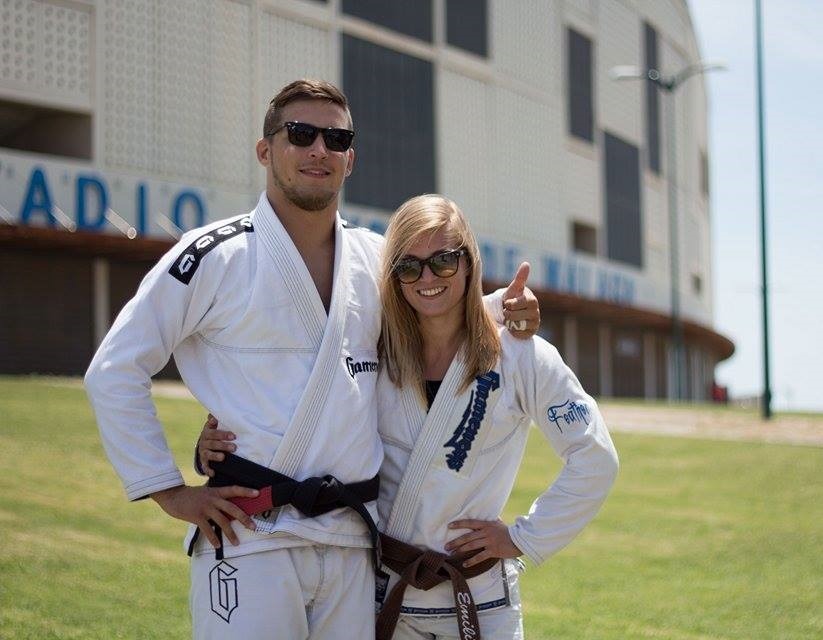 The first thing to remember is that people in academies come to train. So in every possible scenario, training will come first. That means that if you’re dating, it should happen off the mats, not while you’re on them. That’s a positive thing for both your relationship and the other members of the Academy. so showing affection is ok, but keep it to a minimum, and when you’re’ training, focus on what’s important – BJJ. That’s the greatest thing you can do to ensure your Jiu-Jitsu relationship works out in the long run.

Also, remember that one partner might not be as much into training (yet) as the other one. This is pretty much like dating someone that doesn’t really train. In that case, it’s all about compromise (if you’re really set upon making the relationship work). Simply try and discuss stuff, until such time that the partner inevitably gets the BJJ bug. Otherwise, it is not really Jiu-Jitsu dating per se, is it? Still, if they quit BJJ and you stay together it still may work out, so keep your options open.

There’s one more moment here that’s usually the main culprit in ending BJJ relationships – Ego. As in everything BJJ related, the ego can really mess things up. It doesn’t matter which partner is struggling with this, the result will be the same. So, taking ego out of the equation will not only help your BJJ development but your perspective Jiu-Jitsu relationship a well. Leave it at home.

Whoever said that Jiu-Jitsu dating within an academy is a bad idea, has probably spoken from personal experience. The thing about personal experiences is just that – they’re personal. Moreover, they can change if a different situation arises, or if you give it another shot, but following some simple rules of thumb this time. Whatever the case, just remember that BJJ people tend to be ego-free, outgoing and fun. Keep things simple and playful and you might even end up among the BJJ power couples one day.

Female BJJ Practitioner: My Professor is Being Inappropriate With Me

Being A BJJ Mom – The Toughest Job In the World!