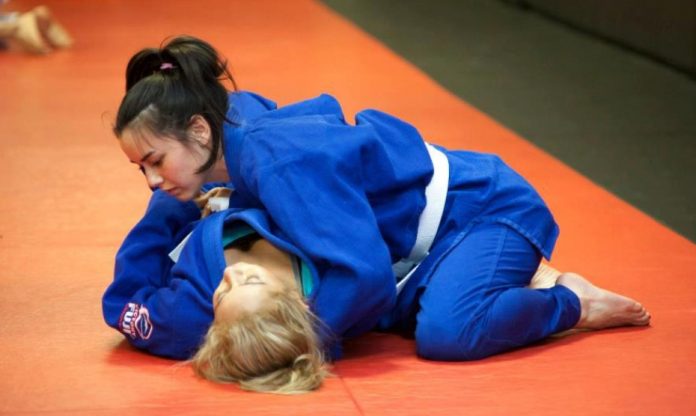 Admit it or not sexual harassment during Jiu-Jitsu training, discrimination of female practitioners as competitors and unwelcoming training environments for women are only some of the problems women in BJJ face every day. There are more and more sexual harassment examples in a world of Jiu-Jitsu and it’s time to talk about it loud.

Recently, a female BJJ practitioner described her experience with her instructor and the way he behaves with her. She posted it on reddit asking the BJJ community for an outside perspective, whether her instructor’s behavior is ok or not.

“I’m really not sure what to do in this situation, or if it warrants anything at all. I’m almost positive I’m overreacting but could use an outside perspective.

My professor has long been pretty vocal that I am his favorite student. He says it at least once a week. I usually go 5-6 times a week, and he always makes eye contact with JUST me when he’s instructing. He checks up on me over text whenever I don’t go to class, and always checks up when I get a little hurt. This is more individualized attention than he normally gives students, although I will say it’s not like he’s glued to me all the time. All of this sounds pretty normal, right?

He constantly refers to me as “his girl”. And asks me “you know you’re my girl, right?” whenever we joke around in class. He pretty consistently talks about me to other people in the class (“she’s strong, right?” “she’s getting good, right?” “she’s tough as hell”) whenever I’m in earshot – I’m not sure about out of earshot. I took a few weeks off, and when I texted him to tell him I’d be back in class this week, he texted back “That’s good, we missed you, my (ethnicity) queen”. Since I’ve gotten back to class, he promises to roll with me every day so I can learn better and has amped up his texts to me juuuuust a bit. A little while ago, under the pretense of a conversation asking how my mild injury was, he asked me if I was resting and what I was doing tonight.

Is this weird?? It all seems super innocuous written out, but I’m sure that I definitely get more attention from him in class. I’d like to think it’s because I’m a pretty positive person and always show up to class and give it my all, but I’d love an outside perspective on what might be going on here.”

What do you think? Is this Instructor out of line and is it time for this girl to leave her gym as fast as possible?

Have you ever witnessed a similar behavior by your instructor?