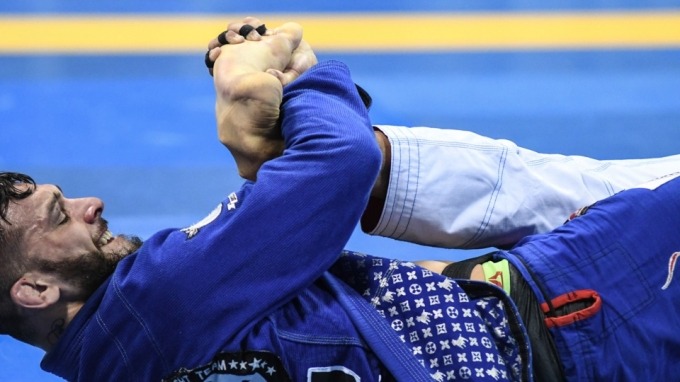 We’ve already beaten to death the fact that BJJ is all about respect. Whether it is common courtesy in training, behavior outside the academy or competition etiquette it all boils down to respect. But respect is a very general expression that is quite open to interpretation. While bowing is generally considered to be a sign of respect, other actions might not be so clear. In all honesty, the complete situation has to be taken into account to understand the context. One such example are submissions. While we all agree that it is respectful to give an opponent the time to tap, what happens if they’re stubborn. How far are you willing to take a BJJ submission?

One huge aspect of grappling martial arts competition that is of big importance is etiquette among competitors. For that matter, this does not start nor end with grappling.  Anyone involved in competitive sports, and in particular combat sports, need to adhere to competitive etiquette.  What is okay, and not okay, to do at a competition? The subject of taking a BJJ submission too far is a very complex one. It is hard to take anything for granted or talk in absolutes when attempting to resolve this issue. A huge number of factors play crucial roles in whether the correct decision is to “go all the way”.

One thing that can happen during a BJJ competition is that a competitor sustains an injury.  Sometimes it can just be something minor. On other occasions, however, it might be a major injury. It is a common sight at every Jiu-Jitsu competition worldwide. There are competitors sitting down, focused on taping up a joint or two)to protect them from further injury.  This begs the question if attacking an injured body part is in poor taste or if it is simply tactically sound. It’s just one of those situations where respect can be interpreted very differently by different people.

How To tape Your Fingers For BJJ: https://bjj-world.com/best-bjj-finger-tape/

If you know your opponent has a specific hole in their game, should you avoid that hole in order to level the playing field? Is that respectful or just plain stupid?  If you know that a guy got his elbow popped in a prior round and that elbow is on the side that you like to armbar, is it fair game? Furthermore, how far would you take a BJJ submission on a limb you know is injured? 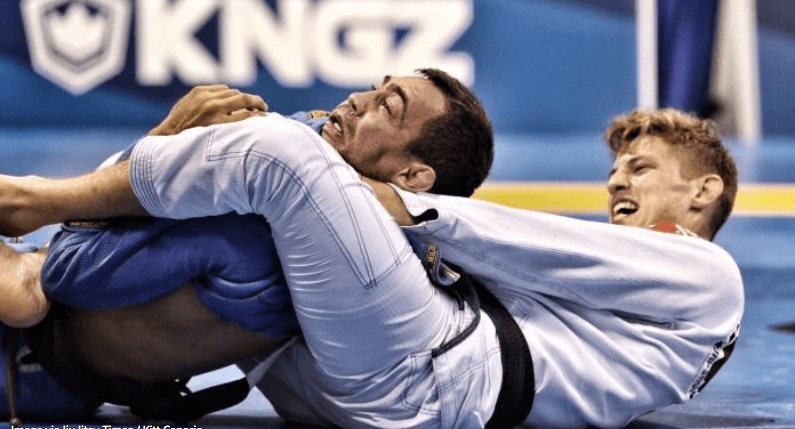 A few years ago, there was an incident that springs to mind. It was an instance in which a blind competitor faced a sighted competitor. What allegedly happened is that the competitor with full use of his sense of sight avoided contact with the blind competitor. In turn he, literally, blindsided him with a takedown to win the match on points.  He won the match, but did he dishonor himself in the process?  Did he break an unwritten rule of etiquette?

Takin A BJJ Submission All The Way

Logically, taking into account that BJJ is a combat sport based on submitting your opponent, there are a few obvious things that you should avoid. For example, do not poke your opponents in the eyes and to not grab their fingers.  Attacking a joint that you know to be injured shouldn’t be a no-go, given the competitive structure of the sport.  However, a higher degree of sensitivity should be applied to the submission.  After all, this is just Jiu-Jitsu and we are all part of the same small community.  Going for a disability is a tactic on its own, but would you change your complete tactical approach just because of the opponent’s newly acquired weakness? Competitions aren’t cheap and we are there to try to win. With the rise of professional Jiu Jitsu and money on the line this subject goes into a whole new dimension.

What about submission speed and viciousness?  This is also something that has been explored before. Some people feel that you should give your opponent time to tap, and not actually try to break joints that you have locked.  This isn’t the tactic of many.  In competition, you need intent behind a BJJ submission in order to get the tap.  If a competitor is stubborn to tap, and the person applying the submission hesitates that could cost them the match.

Remember the 2004 Worlds epic battle between Jacare and Roger Gracie? We all know that even despite an injury due to a BJJ submission, your opponent can still beat you via points.  It’s always advisable to do your best to tap early in competition when you get caught. The idea is that you should always assume that the opponent is trying to cripple you. Why risk everything on stubbornness?

There are very few absolutes on the competitive playing field. While we all like to be respectful, competition, professional or not is a different playing field than training. Tugging on a BJJ submission on a teammate in rolling is just plain wrong. Even in competition, whenever teammates meet, submissions should be gentle and taps fast. In all honesty, when real competition is in questions, I think that you should go all the way. Unless your opponent is physically disabled, of course. Even then, a win is a win, you just need to be more careful how you obtain it.

It is contradicting that in a sport based on respect, the best way to the ultimate goal of victory is often the most violent one.  Once the match is over, it is important for to carry yourself like a martial artist, with discipline and respect.  However, during the match, all bets are off.