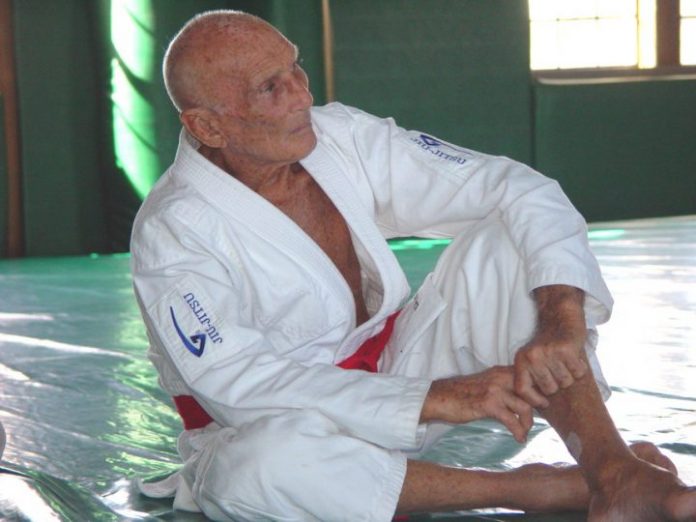 In modern times, the figure of Helio Gracie can be a polarizing figure. He is most definitely a legend of the sport, being the founding ambassador of the sport. Despite what many people think it was his brother Carlos that had the BJJ ball rolling. However, Helio was the face of it, focused on the fighting part of the art rather than politics. For a while there he was a true legend, and his brand of Jiu-Jitsu was really sought after. As such, the Brazilian is also known for relying on certain rules for training. That said, some less known Helio Gracie rules pertain to black belts and instructors of the art.

Helio Gracie is always going to be a figure that commands respect in BJJ. He really did give the art of BJJ the direction it still heads in today. Apart from his fighting accolades, which are now clearly not as impressive as everyone thought, Helio also dedicated a lot of time to the growth of Jiu-JItsu. In fact, he spent his life making sure the art grew, technically, tactically, and philosophically. For that, he employed a system of rules and principles that he firmly abided by. Moreover, the Helio Gracie rules were, and in some places still are, hugely popular to this day. However, he also had some expectations of his black belts that might be seen as, hmm, outdated today. Or are they?

Learn the Gracie Jiu-Jitsu secrets directly from a member of the family! Gregor Gracie has a DVD instructional out by the title of “High-Level Fundamentals” and it contains everything you need to understand Gracie Jiu-Jitsu!

Helio Gracie – A Man Of Principles 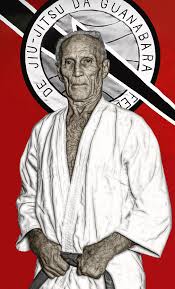 First and foremost, Helio Gracie was a man of hard will and principles. We all know that he wasn’t a particularly powerful nor physical specimen, On the contrary, he was sickly and skinny as a kid. The youngest of 9 children, Helio was tall and lanky as opposed to his more muscular brothers. Many at the time saw him as having absolutely no athletic potential at all. He also had fragile health, suffering from chronic dizziness and often getting sick. He did like to swim but his athletic endeavors ended there, for the most part.

Helio’s brother, Carlos Gracie, as we know was a star student of Matsudo Maeda. He was so dedicated to training that he used to spar at home with his brothers, apart from Helio.  In fact, up until Carlos opened his own academy, he never really considered training with or teaching Helio, due to his health. However, Helio trained in secret with his other brothers and actually got pretty advanced. When Carlos got wind of it, he allowed Helio to train full time and even got him at the age of 18. From there, on Helio built a fearsome reputation for himself, most of it fully deserved.

After he brought his fighting career to an end, Helio focused on teaching and developing the art. Everyone of note, from Rickson Gracie to Carlson Gracie learned from the grandmaster. During that time, he developed a reputation as being hard-headed but he stood his ground. In the process, he developed the now famous Helio Gracie rules of Jiu-Jitsu that many people still follow today. However, they’re just a part of his ruleset as he also had a bunch of principles regarding anyone he was going to promote to the black belt.

Before I get on with the Helio Gracie rules for black belt instructors, let me just say that I am aware of how “antiquated” they might seem. Hands down, some of them are outright stupid in the context of modern times. However, some actually make sense and need to be revisited today. The topic is somewhat controversial which is exactly why we’re covering them in this article there today.

In the Helio Gracie rules for black belts, the focus is a lot more than the image and overall lifestyle and off the mats behavior of his students, rather than the technical side of their Jiu-Jitsu. For starters, according to Helio, the image of a person is a key criterion in their Jiu-Jitsu advancement. To that extent, he led by example and expected his student to follow it.

He always wore a white Gi, for example. He is also the creator of the BJJ belt system and is the person behind the black band on one end. However, Helio also thought that your overall image should represent Jiu-Jitsu and not just yourself. To that extent, he had rules that nowadays could be seen as limiting personal choice. For example, Helio’s thought that black belts should not have dreadlocks or head tattoos. While head tattoos are still today considered fairly extreme, they’re not nearly as rare as back then. Dreadlocks are also a very different thing today and are definitely not something people generally dislike.

There are, however, certain things among Helio’s rules that still make a lot of sense today. For example, he considered that being overweight does not suit the image of a BJJ instructor. This is one of those Helio Gracie rules that we should take into account even today.

A Ruleset Worth Considering?

IF we take a look at the black belt/instructor criteria BJJ academies have today, we’ll see that they differ a lot. To that extent, in the age of McDojos, even technical knowledge doesn’t seem to be a prerequisite for earning a jiu-jitsu black belt. Still, even among legitimate academies, the focus is more on the technical rather than the overall. Remember that not everyone gets to become a black belt or an instructor for that matter. That means that those few that do, need to continue spreading the art and be ambassadors of it in every facet of life. 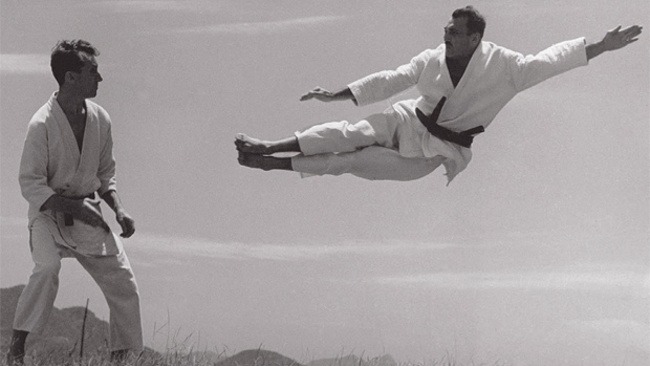 For those that really embrace Jiu-Jitsu as a lifestyle, certain things do make sense. It doesn’t matter if you’re an academy owner or just working as an instructor. If you uphold a positive image and attitude, you’ll draw more students than if you’re just going about it. You wouldn’t like to learn Cross Fit from an obese trainer, would you? The same holds true for BJJ especially when it comes to beginners. The better of an image you represent, the more people will be willing to give BJ Ja a try. And that’s all it takes to help spread the art.

In terms of the dreadlocks, head tattoos, or even white-only Gis, we have to take into account the different eras. We live in a world of free speech and some of these Helio Gracie rules do not really make sense. However, Bruce Lee’s “Adapt what is useful, reject what is useless” quote fits perfectly here. Promote a healthy and positive lifestyle with your Jiu-Jitsu, but also, do not try to make it a corporate-like environment. Let’s not forget, Bruce Lee’s quote also says “add what is specifically your own”.  That’s how we evolve.

While nobody likes to obey rules per se, we all need certain principles in our lives. Whether you blindly follow a set of rules, or simply use the Helio Gracie rules as a guideline to create your own is up to you. However, Jiu-JItsu is an art that’s different from most other martial arts and part of it is the lifestyle. The more your lifestyle reflects some of the core principles of BJJ, the better it will be. And remember there are no rules that you HAVE to follow. That’s what makes it so fun!