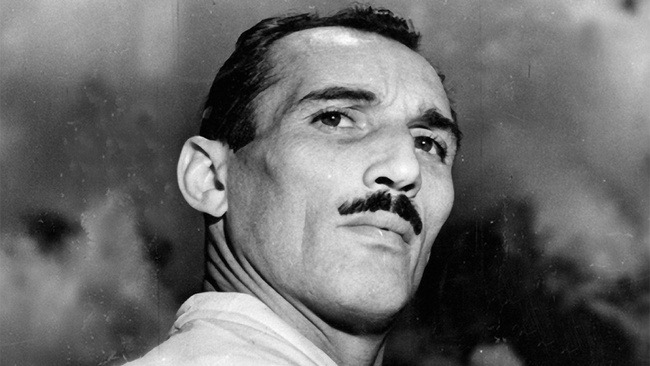 If it wasn’t for one man’s determination and dedication to learn the ancient art of Judo from Mitsuo Maeda, we wouldn’t be here today. Most of us would probably still be training some martial arts, but the world would be a much poorer place without Brazilian Jiu-Jitsu. Thanks to the efforts of a skinny kid from Brazill, today we are a part of something truly magical. We all owe gratitude to everyone in the Gracie family for paving the way. But even among the Gracies, one individual stands out as the forefather of Brazilian Jiu-Jitsu – Helio Gracie. 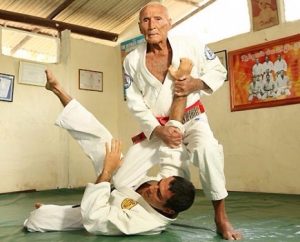 Helio Gracie took upon himself the task of evolving Jiu-Jitsu back in its inception. While both he and his brother Carlos trained, Helio was the one with a more hands-on approach. He focused a lot on developing BJJ as an art, using the Judo fundamentals his brother and Maeda taught him. However, Helio Gracie didn’t just train and work on the technical part of Jiu-Jitsu. He also developed a code to live by, along with a winning mentality. Helio’s lifestyle of Jiu-Jitsu included training, eating in accordance with a very specific diet, and fighting to prove that BJJ can best any other martial art. This led him to the development of certain rules that greatly helped Helio have a structure that was necessary for his goals. Now, we’re going to take a look at these rules and how we can use them to become better at life and Jiu-Jitsu.

In terms of techniques, the Gracies were all about highly effective basics. As such, Gregor Gracie, in a true Gracie family fashion, offers an insight into the very fundamentals of the art. Pick up his “High-Level Fundamentals” DVD set for one of the best foundational video instructionals available!

Helio Gracie (1913-2009) was the youngest son of Gastao Gracie. Back as a child, he suffered from fragile health and was a very skinny kid. Before moving to Rio, his brother Carlos, who was a lot stronger, began training with Maeda. Mitsuyo “The Count” Maeda was a Kodokan Judo master, also versed in Japanese Jiu-Jitsu. Carlos later showed his brothers what he learned from Maeda, constantly sparring with them. While Helio learned from Carlos, he didn’t fight at all, because they deemed him to be skinny and sickly. So, he spent a lot of time watching his brother fight and figuring out how BJJ works.

Only after he opened his own academy, Carlos invite Helio along with the other brothers to help out. That’s where Helio started really training and sparring. Slowly but surely, Helio became the top student, and Carlos soon put him in a Vale Tudo match. He choked his opponent in less than a minute and the Heli Gracie legacy began. He kept fighting for the family name and honor, defending their style of Jiu-Jitsu.

Helio died on January 29, 2009, at the age of 95 as a 9th-degree red belt. He is the one that spent most of his time actually developing the art after his brother Carlos turned to the business side of things.

Helio liked to live by a certain set of what was more of principles than rules. They included thoughts and directions on multiple facets of life, apart from BJJ.

From a lifestyle perspective, Heli Gracie liked to “do the right things” According to him, doing a wrong thing was only ok when it was the result of ignorance. The way to achieve this was to live life by only having good intentions. Helio’s main rule of life was to remain humble and work to continuously improve yourself. The goal was to constantly pursue perfection. Helio claimed that if whatever you do is perfect, you’ll be easy to adapt it to any situation.

Helio also enjoyed being a quiet individual. He didn’t like to boast and brag, nor talk trash. As Helio said, “a tranquil man has peace and a quiet man is a tolerant man”.  Helio strived to use Jiu-Jitsu to increase confidence without being violent or power-hungry. As you can see, Gracie preferred to be calm and collected, going through life with a clear head. Just like he did when he was fighting in grappling or Vale Tudo.

Something the Gracies are very famous for is their dedication to what they eat. Carlos came up with the legendary Gracie Diet, which still works to this day. Helio followed the diet rigorously, setting up a few rules along the way. One thing he preached is to eat what you like as long as your body can deal with it. He thought that all ailments enter through the mouth. As a basic rule of thumb, Helio only ate what he had in the garden. This included fruits, vegetables, some grains, lots of cheese, and the occasional fish or chicken. Gracie also believed in indulging yourself every now and again.

When training the Gentle Art, Helio Gracie liked to adhere to some very common-sense rules that still hold true to this day. First and foremost Helio’s take on BJJ was that it is an art for everyone. ‘Everyone that wants to learn, can” said Helio. He also believed in his Jiu-Jitsu without reserve. According to him, this is the crucial trait every grappler should have. If you believe in your BJJ, you’ll be able to defeat any opponent in a calm and technical manner. 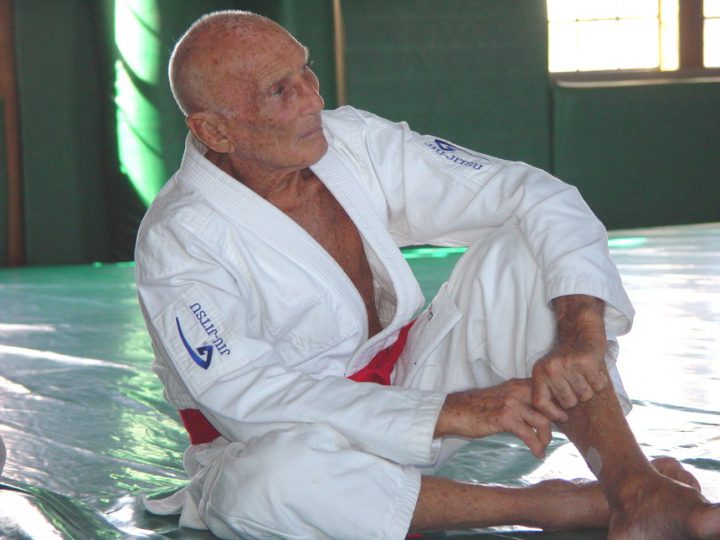 However, Helio still believed in staying alert to fear. There is a belief in Jiu-Jitsu and then, there is stupid and rash behavior. As Helio stated: “If you send me into a lion’s cage, I will not enter”. Helio Gracie’s take on Jiu-Jitsu was that you always have to be technical. The technique needs to replace force if you truly want to become hard to beat. This is the mantra that brought Helio Gracie countless submission victories throughout the years.

Finally, Helio states it is imperative that you transmit all the knowledge of Jiu-Jitsu that you have. Teach your training partners what you learn through training so that you can both grow as grapplers. Of course, Helio’s take on training was that you should never ever stop training. As he says” all it takes is a ring and a partner”.