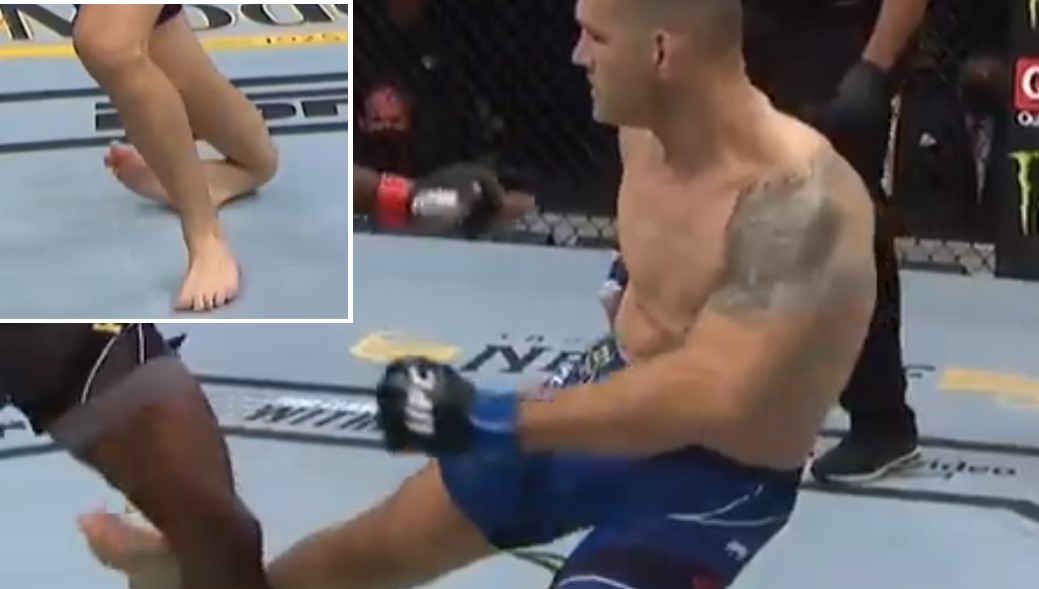 Chris Weidman will remember UFC 261 for one of the worst injuries in UFC history, probably thinking about Karma and Anderson Silva.

Right at the beginning of the fight against Urijah Hall, Weidman did a lowkick to Hall’s shin, and his leg could not withstand it. Weidman’s Tibia couldn’t stand it and it snapped.

The rematch of Hall and Weidman was immediately interrupted and the victory went to Urijah Hall as a TKO.

What’s ironic about the whole situation is that Weidman defeated Anderson Silva in the same way back in 2013. Anderson Silva did the exact same low kick and lost to Weidman due to a leg snap what forced him to be out of octagon for one year.

“I got nothing but respect for Chris Weidman. He is truly one of the best. It is a crazy story that he was the first man I fought that defeated me and introduced me to fear. I didn’t know what fear was and during that time we went different paths. He was the first one to defeat Anderson Silva, and I was the last. It’s just crazy how we ended up here again.” ” – Hall said after the fight.

Dana white wrote on his instagram profile: “the first fighter in UFC history to win without a single strike thrown”