Marcelo Garcia. A brand new DVD instructional. If I end this article right there, it would be more than enough for most to start jumping with joy. And I haven’t even mentioned the subject of the DVD yet. Still, let’s honor Marcelo and really look into his life and accomplishments, as a reminder if nothing else. After all, he is the one many consider the greatest grappler of all time. That, and he is one that’s not a huge fan of making plenty of DVD instructional. In fact, I think he has none in the last decade or more. Luckily, three’s an incoming Marcelo Garcia DVD that’s going to be covering one of his signature positions – the butterfly guard.

IN all honesty, I doubt there’s any butterfly guard DVD I’d go for these days. There are so many out there that just about anyone has shared their thought so the subject in a digital format. Moreover, there are just as much, if not more instructionals covering passing the butterfly guard. That all changes when a Marcelo Garcia DVD enters the frame. Marcelo is to the butterfly guard what Danaher is to leg locks and Keenan is to lapel guards. Plus, he is one entertaining guy to watch when it comes to anything grappling related.

The Greatest Grappler Of All Times

Is Marcelo Garcia the greatest grappler of all time? That depends on who you ask. When I come to think of it, this is a question the likes of “who is a better boxer, Tyson or Ali”? Yes, Gordon Ryan has the crown at the moment, but has he done enough to dethrone Marcelo, shy of actually battling with him? Different folks will have different opinions on it, with the old school ones supporting Marcelo, of course. I’m personally not that “old-school” myself, and I’m a fan of both grapplers. 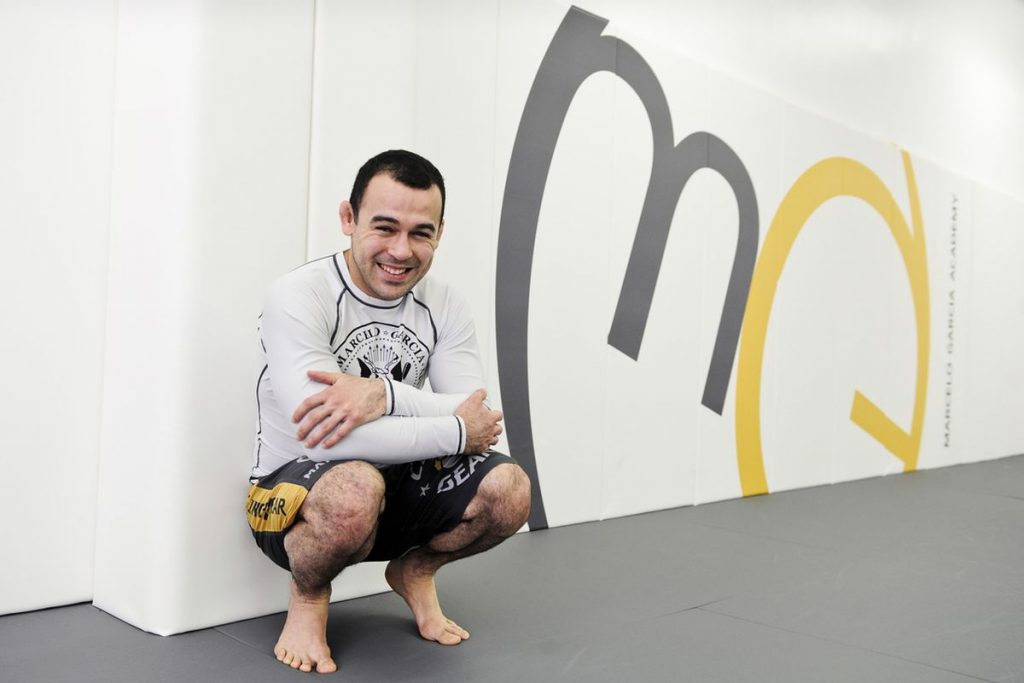 Still, when we come to look at things logically, I guess Marcelo’s legacy and the fact they spend much more time competing than Ryan is probably working in his favor here. If we take a look at their accomplishments, Marcelo is a clear victor. Both retied at one Pan Ams title, but Marcelo has 5 World titles and 4 ADCC titles to boast, not including his 3 Brazilian nationals titles. Ryan still has a lot of competing to do to come anywhere close to that. Granted, he has had a lot of success at super fights and submission only tournaments, but those weren’t around in Marcelo’s day. That would be a treat for sure, seeing Marcelo Garcia compete in submission only.

I have to say, when I put things this way, Marcelo certainly comes off as the greatest grappler of all time. So far, he is only lacking in the BJJ DVD instructionals department, given his online video library. I’ve claimed for long that those online libraries are never as good as nin-depth instructional, though, and I’m extremely excited for the upcoming Butterfly guard Marcelo Garcia DVD.

Marcelo Garcia is a black belt under Fabio Gurgel. The legendary middleweight was born in Formiga, Brazil in 1983. he started by training karate, and then Judo, dedicating himself to martial arts from a very early age. He particularly enjoyed Judo and became a very good competitor. It didn’t take long for Marcelo to discover jiu-Jitsu thanks to his Judo teacher cross-training in both. At 16, he started training full time in Poco De Caldas, helping in the gym in exchange for free training and a spot to sleep in. needless to say, he spent all his time training, up to 4 times a day.

Marcelo started competing since the first moment, and it didn’t take long for him to become a known competitor. That led to him moving to Sao Paolo as a brown belt, to teach at Terere’s gym. Still, Fabio Gurgel offered Gracia a much better opportunity, and so, Marcelo made the switch to the Alliance headquarters facility. Marcelo kept competing, discovering No-Gi as an already very seasoned brown belt. His first run at the ADCC saw him barely lose the trial finals, but enter the Olympics of submission grappling as an alternate. After beating legends like Renzo Gracie and Vitor Ribeiro, he won his first ADCC. History was made.

Nowadays, Marcelo has one of the most successful and big BJJ academies in New York. He is the coach behind some very high-level grapplers of today, both in the Gi and without it. Finally, he is now coming out of his MG lair to treat us all toa BUtterfly Gaurd Marcelo Garcia DVD. A brand new and modern one, I might add.

A Unique Approach to Brazilian Jiu-Jitsu

Everything written above constitutes more than compelling reasons to keep chacking daily if the new Marcelo Garcia DVD is out. Still, one of the most impressive things about Marcelo Garcia is his take on BJJ as a whole. He is often regarded as a person whose game is impossible to imitate. That’s very true, as everything he does is tailored perfectly to his body type and strengths. That, and he does everything to perfection.

Marcelo is very well known for his stance that certain BJJ techniques are “strong man moves that don’t universally work”. Leg locks of all kinds, as well as Kimuras fall under this category. Instead, Marcelo specializes in moves that universally work against all opponents of all sizes. He is a wizard when it comes to arm dagging people, or choking them out with rear-naked chokes and Guillotines. He is also one of the pioneers of the X-guard and has a very intricate and aggressive game from the bottom. Of course, there’s also the butterfly guard, which happens to be the subject of this upcoming Marcelo Gracia DVD.

Another interesting thing about Marcelo is his take on conditioning for BJJ. Instead of doing whatever it is people are doing, Marcelo just believes in doing nothing but Jiu-Jitsu. He likes to go extra hard during rolls when he is looking to up conditioning, and claims you don’t actually need anything apart from that.

As a Judo competitor, when Marcelo made the switch to BJJ he already had quite an impressive top game. His bottom game, though, was severely lacking. So, he spent a lot of his early days suffering from is back until he developed an impressive guard game to go with his standing and passing skills. A big weapon he started using since his early days was the butterfly guard. It was the perfect guard for someone like Marcelo when you come to think of it.

The butterfly guard is built for people who are stocky and do not possess the longest limbs. Plus, it tied in perfectly to Garcia’s aggressive approach to BJJ. It allowed him to bother everyone from the bottom and send them flying or end up on their backs. In either case, chokes were not far behind. Marcelo’s butterfly game is not a complicated one. He likes effective moves that work and cannot be stopped. It is a safe bet that there will be a lot of those in the upcoming Marcelo Garcia DVD. That, and a bunch of crazy submissions that stem from the butterfly guard.

A Look Into The Upcoming Marcelo Garcia DVD

What can we expect from the brand new Marcelo Garcia DVD on the subject of the Butterfly Guard? Well, Garcia is a goldmine of knowledge on the subject. And he is a hell of a teacher. he can talk on the subject for days, if not more. However, given how modern DVDs are set up, I’m going to take a wild guess and say that we’ll probably get another 8 volume subject instead of the standard 4 volume ones. And, Knowing how through Marcelo is, there will be a lot of butterfly guard basics that are going to be explained like never before. One huge thing as well is using the butterfly guard against different opponents, and particularly larger ones. Nobody is better than Marcelo at giant-killing with the butterfly guard.

Of course, given the close relation of the butterfly an X guard I also expect the latter to make an appearance somewhere along the way. Sweeping and grip fighting is going to make up a lot of the DVD, but there won’t be a lack of submissions by any stretch of the imagination. Marcelo’s world title-winning guillotine chokes and his crazy detailed rear-naked choke are sure to make up a large portion of the instructional. In fact, make sure you keep checking if the new Marcelo Garcia DVD is out because as soon as it hits the shelves, we’ll make sure we have the very first review ready in a matter of hours!

A Marcelo Garcia DVD is like a Christmas present for any grappler. A Marcelo Garcia DVD on the butterfly guard is going to be like getting not just any Christmas present, but the one you’ve been yearning for years. As of now, the instructional is just about ready to drop so make sure you keep your eyes peeled for it! Keep checking this space for all updates and the very first review once the DVD is out.