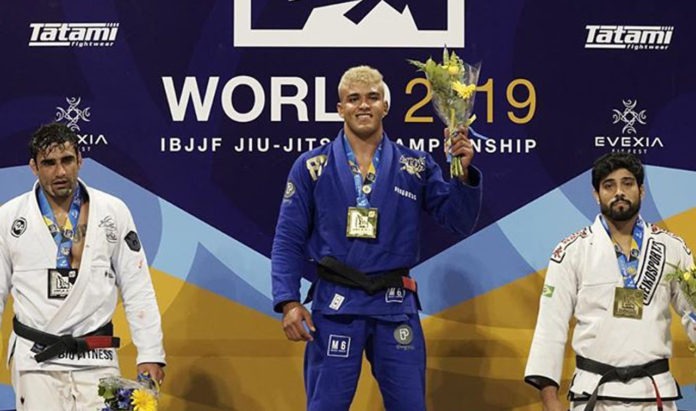 BJJ doping is the elephant in the room. To be honest, if you go at any high-level Brazilian Jiu-jitsu event, there will be literal elephants, rhinos and similar giant animals preparing for the black belt brackets. BJJ doping is at an all-time high. So much so, that some of the Pride MMA fighters might even be jealous. While we might not have a BJJ Bob Sapp, per se, we do have the next best thing. Simply take your pick. Of course, doping is not down just to the ultra heavyweights, but the problem is obvious – a huge lack of testing. World Champion Kaynan Duarte is the latest one to have a great legacy smeared by a failed USADA doping test.

Kaynan Duarte is a beast. it seems, though, he may be so beastly, that it goes past his natural abilities. In other words, he popped up as positive on a doping test by none other than USADA, which means there’s no wiggle room. Of course, the IBJJF acted swiftly, as it was in their event that the test took place. However, how many people at that particular event also got tests? How about the next one?

BJJ Doping – How Far Can The Sport Go

Whether or not we have aspirations to see Brazilian Jiu-Jitsu as an Olympic sport is not really important. After all, the sport if specific and there will always be people that won’t enjoy watching it. Still, there;’s the issue of BJJ doping. And I think that we all need to decide on whether or not it is an issue or not, to begin with.

Historically speaking, all sports have faced the issue of doping. In most, it is considered foul play and people that are caught get banned or even throw out for good. Other, like bodybuilding, have made entire sports revolve around the fact that athletes are taking PEDs. Even Early MMA was like this, with the best days of Pride clearly full of people that were injecting everything they could to be bigger, faster and stronger. Then, the UFC decided it was enough, and literally cleaned that sport up.

But what’s with Jiu-Jitsu? For the general practitioner, PEDs are not something they even think about. However, every gym has the guy that’s on them, and the more competitors you have, the more people will “exchange experiences”. Sad but true. But is it okay with the rest of us? it seems so, as there’s hardly any testing going on that would keep grapplers honest. So why bother with the occasional positive test and stripped title, like with Kaynan Duarte? We need a unified stance on this, and we need enforcement at least as diligent as that of the UFc. And by we, I mean the IBJJF, UAEJJF, ADCC and all grappling promotions out there. Otherwise, we might just as well drop the act and let people grapple on whatever it is they decide helps them perform, from creatine to PEDs.

What happened with Kaynan Duarte is simple, if we’re being honest. He got “popped” for Ostarine, an androgen receptor modulator, and popular PED. The test was performed at the 2019 IBJJF Worlds where Duarte steamrolled through the opposition not win the ultra-heavyweight World title. As per the IBJJF’s earlier statement, they decided to incorporate drug testing at the Worlds for the very first time in 2019. However, those tested would only be the winners of each black belt division. Highly selective, I know.

According to a USADA statement ” Kaynan Duarte, of San Diego, Calif. An athlete in the sport of Brazilian Jiu-Jitsu has accepted a one-year suspension for an anti-doping rule violation. Duarte, 22, tested positive for ostarine as the result of an in-competition drug test conducted at the International Brazilian Jiu-Jitsu Federation (IBJJF) World Jiu-Jitsu Championships on June 2, 2019. Although the IBJJF is not a signatory to the World Anti-Doping Code, USADA was contracted by IBJJF to conduct testing for the event and collected Duarte’s sample in accordance with the World Anti-Doping Agency International Standard for Testing and Investigations.” 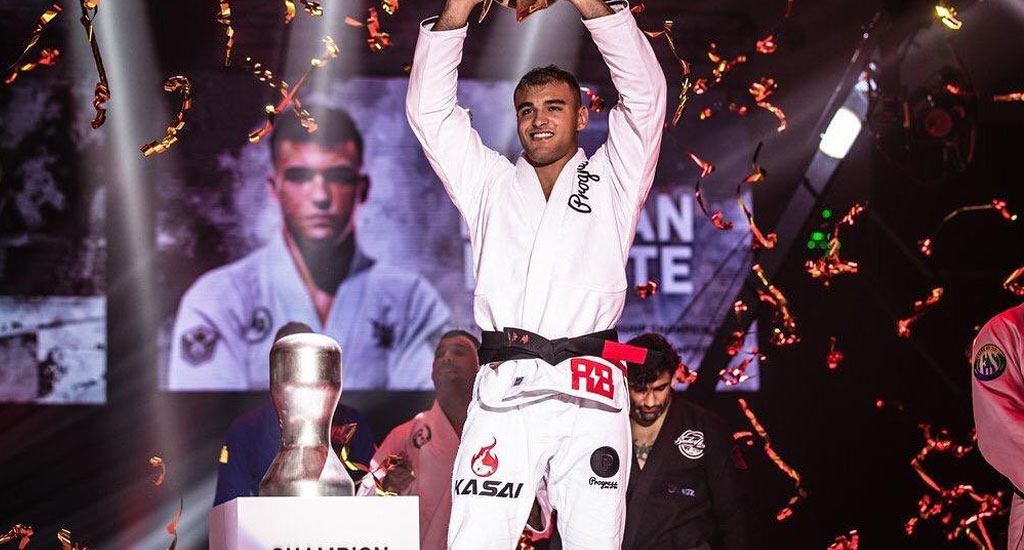 According to Kaynan Duarte, he is innocent and he points to cross-contamination as the reason his test results are positive for ostarine. However, he accepts USADA’s decision and will accept the punishment as well. So far, that means a year’s suspension, as well as relishing the world title to his finals opponent, Leandro lo. However, none of his other titles will be in jeopardy, and he will be free to compete under any other grappling banner out there, apart from the IBJJF for the duration of the year. Hardly a loss for Duarte, apart from maybe the world title. NOt a big win for those looking to do something about BJJ doping, is it?

Kaynayn Duarte is the latest name to fail a BJJ doping test. Not many have preceded him, give how rare testing is. Even now, that the IBJJF has decided to d some testing, for what must only be appearance purposes, who knows how many grapplers sneaked through the cracks. Duarte was just unlucky, I guess.

So far, Braulio Estima in 2014 and Paolo Miyao in 2016 had quite the notable BJJ doping fails. Braulio claimed that it was a case of drinking from someone else’s bottle after winning, which probably nobody really believed. He was suspended for a year and had to forfeit his title too. Miyao went quietly, never even issuing a statement and stayed away from IBJJF competition for the duration of his sentence. Felipe Pena was also among the “victims” of the USADA in 2014. He also got a 1-year ban after the Worlds. See a trend here?

So far, the worst BJJ doping sentence went out to Tayane Porfirio in 2018. She ended up with a four-year ban and who knows what and if we’ll see her compete in an IBJJF event again. This, however, does beg the question of how can grapplers be so careless when it comes to testing? they know the IBJJF tests winner and still, make no attempts to try and mask their use of PEDs. I guess that until such time that monetary penalties are involved, nobody is really distraught about losing a medal. It does pain a very bad picture of the sport though, and we need to make our stance known once and for all.

BJJ doping is not something I’d like to endorse, personally. It is, however, something taking place in our beautiful sport. So, I am serious about coming up with a common solution, whether it is to ban them or let our sport flourish around PEDs. Whatever the case, there’s no need to pretend to punish people like Kaynan Duarte, at least not until we start testing everyone and take it seriously. That, and use real punishments if we’re to clean the sport up and see who is really the best grappler out there, not just who has the best combination of PEDs down.