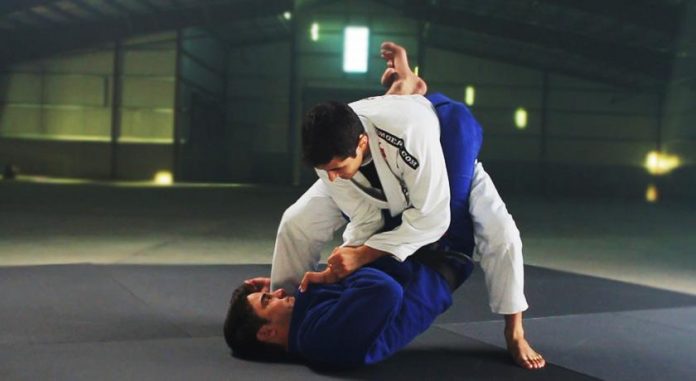 BJЈ position sparring is one of those Jiu-Jitsu things that don’t often make sense to people. Everyone knows that it is important to do it, but no one enjoys it nearly as much as all-out sparring. In most cases, it is seen more as a drill, than a chance to do sparring. Well, position sparring is not just the end-of-class drill. It is one of the best, if not the absolute best tool to help you really master Jiu-Jitsu positions. Moreover, there are different ways to set it all up so that you get to focus on different aspects of your game. Understanding how to set up and траин position sparring correctly is very important for а constant BJJ progress.

The diversity of Jiu-Jitsu is unlike anything else in sports. Apart from BJJ itself begin a unique thing to do, the span of different training modalities is staggering. There are different learning tools for different occasions and students of different levels. You can train technique, work on movement. Talk about concepts, drill, go over scenarios, roll, do specific training, the list goes on and on. And these are just the things you can do in the Academy. The thing about most training/learning methods is that they tend to help you master one specific aspect of your game. BJJ position sparring is different. It is universally for everyone at just about every time, when done right.

What is BJJ position sparring? In short, it is when you choose a position and/or a specific move from there, and try and execute it on a fully resisting opponent. It is just like in rolling, but without transitioning to other positions or exchanges. When you complete the move, you restart. If your opponent successfully defends or counters your move, you restart. That’s it. 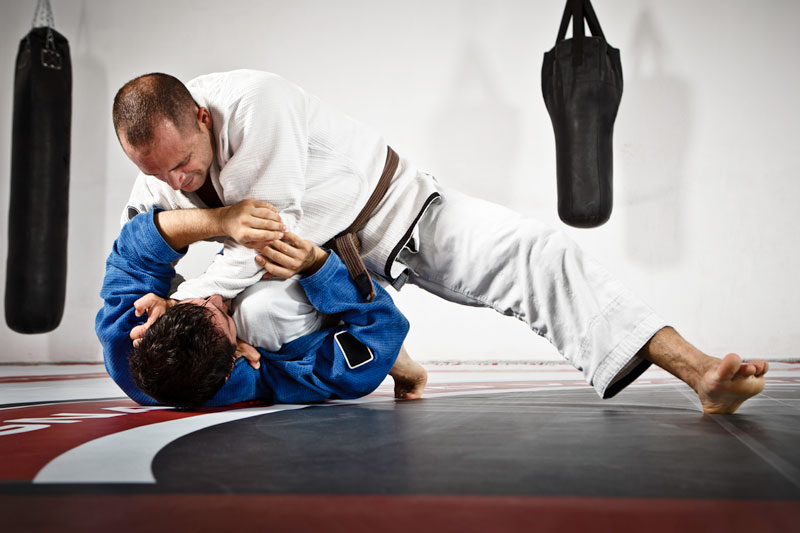 The real trick in position sparring is in setting it up correctly. It is very easy for people to start going outside the bounds of whatever the focus is of the specific training. That quickly morphs into full rolling, which defeats the purpose of doing position sparing in the first place. When setting position sparring up. Фirst up, BJJ position sparring has to have a clear goal for both training partners. Right after setting a goal up, you have to define what the people involved can’t do. These restrictions are actually the most important part, as they define the situation being practiced. Finally, position sparring will only make sense if you do it for at least 5-minute rounds or more.

The idea behind BJJ position sparring is taking things for a test drive. You get to practice with as much resistance as you agee upon without the risk of ending up injured or in completely unrelated positions. For example, if you’re drilling a scissor sweep from the guard, you only have to focus on executing the move while the opponent is trying to block it and pass your guard. It gives both people specific tasks to focus on, both from an offensive and defensive perspective. In other words, it teaches BJJ exchanges ina very organized an specific manner, allowing you to develop the much needed finer details of any given move.

The Benefits For Beginners

I consider BJJ position sparring to be one of the best possible tools for learning simply because it is so easy to adjust to everyone. You can use position sparring for people from white to black belt at the same time, simply by providing students of different levels with different tasks from the same positions.

That said, for beginners, nothing beats position sparring as a way to understand sparring, first and foremost. Throwing people into the deep right from the first moment is not an approach I really like. Instead, in my Academy, beginners get to roll all out only after a month or two. Beginner’s class all end with a few rounds of position sparring, though.

This allows beginners to focus on the things they’ve learned in class while they’re still fresh. Moreover, it gives them an idea that what you practice in class is not as easy to put to use as it may seem. At the same time, they don’t get tortured by upper belts or stuck in positions that have nothing to do with the subject of a class.

One more huge caveat of using BJJ position sparring in beginners’ classes is injury prevention. Since we adopted this approach in the academy, there hasn’t been a single injury among new students, and they go hard in position sparring.

Training specific positions only also allows new students to start making sense of things very early on. If they go straight into rolling, they’re lost most of the time, not knowing what they’re supposed to do. This results in asking and talking during rolling, which completely diffuses the point of the roll itself. Ina position sparring round, they have clear goals, clear restrictions and all the time they need to figure things out.

The huge success of option sparring in the beginners’ classes got me thinking that we should use it in advanced classes as well. A little bit of research showed me that top academies across the world base most of their training on highly organized BJJ position sparring rounds. Form Atos to the Danaher Death Squad, they all have their own system of specific training that makes up the bulk of competition preparation classes. 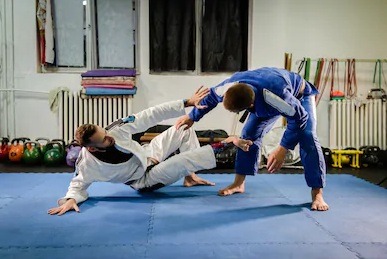 There are some things that you can’t really learn by doing other things. For example, if you train techniques like in regular class sessions you’ll learn plenty of details and can explore motion. Drills will let you get into the motion aspect of it even more. What most people usually do si they jump straight not rolling from there, looking to use the new moves. The trouble is, rolling is too chaotic to make sense of things and there’s not much time to think. That results in rarely even coming close to pulling off that new move.

BJJ position sparring is the halfway point between drilling and rolling. It allows us to develop key attributes like timing, base, balance, weight distribution, etc. Due to the restrictive, yet high-intensity nature of specific training rounds, you’ll be able to figure out all the small things you don’t have access to in technical training and drilling, but are too difficult to pinpoint during the fast pace of rolling.

One more thing that merits mentioning is positional mastery. Specific training lets you learn just about any outcome of the position that’s in focus. Moreover, you can do it from any position/submission out there. Moreover, you get to do both offense and defense, meaning you expand your comfort zones,  because of the sheer time spent in both aspects of BJJ positions.

The best BJJ academies in the world, all have very specific training schedules. If you take a look at any of them, they all include as many different training modalities as possible. However, the one constant is always BJJ position sparring. Some academies even skip over rolling in certain situations, but never omit specific training form classes. It really is one of the best tools out there that’s highly underrated by students. Next time a coach asks you to do a bit of position sparring, think about how it can help you and what you can learn, rather than impatiently rushing through it in anticipation of rolling.