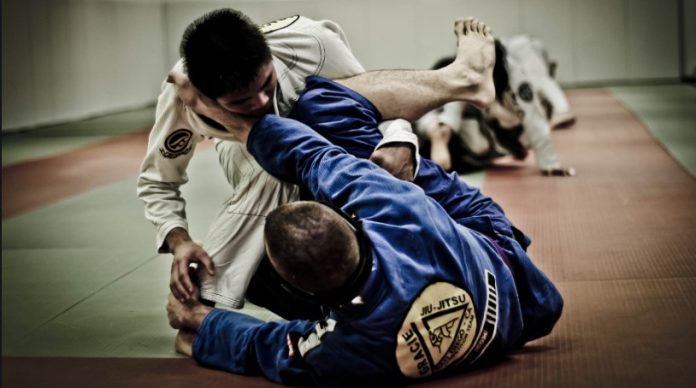 Learning Brazilian Jiu-Jitsu is available through many methods nowadays. Of course, the best one is to join an academy, and to classes regularly. Even if that is your only avenue of learning, there are different ways to learn during a class. there’s movement training, there are technical drills, competition drills, learning techniques, and concepts and rolling, to name a few. Out of them all, Jiu-Jitsu rolling is by far the most fun part of training. Let’s face it, it is rolling that has us come back to the mats to suffer over and over again. But, how far can only rolling take you and how much can it teach you, really?

In the academy where I train, there are a beginner and advanced groups. People from the beginners’ group, usually only do position sparring as part of a class. So, if they want some open mat fun, they have to wait until the advanced group is done with class. Surprise, surprise, there are plenty of people that hang out by the wall, waiting impatiently for rolling to start. In fac t, they’re much more interested in rolling than trying to learn a few more tricks form watching the advanced classes. There’s just something about Jiu-Jitsu rolling that is unique and irreplaceable. The fact of the matter is, we learn a lot in rolling. The question, though is, how far can it take us?

Contents hide
Jiu-JItsu Rolling: How Much Can It teach You?
Different Types Of Rolling For Different Lessons
Playtime vs. Learning Time
Closing Arguments

Jiu-JItsu Rolling: How Much Can It teach You?

It is beyond a doubt that anything BJJ related can teach us a lot about The Gentle Art.  Well, almost everything, Rolling has a huge role to play in learning and understanding Jiu-Jitsu. There are things you just can’t learn by only picking up new techniques or drilling. Certain stuff requires you to either compete on a weekly basis or do simulation matches regularly. That is Jiu-jitsu rolling in a nutshell, Some of the major things only rolling can teach are timing, breathing, weight distribution during transitions, when to explode and when to conserve energy, etc.

It is not whether we can learn from Jiu-Jitsu rolling, it is how much and how frequently This has a lot to do with which belt level you are at. For white belts, rolling is not a very fun experience in general, but it does hold a valuable lesson – it teaches them to persevere. Blue belts usually can figure out that ego has no place in BJJ  by rolling a lot with both white belts and higher belts. That said, I guess purple belts are those that benefit the most from rolling as a learning tool. This is the belt where people discover their style by going deep and trying to roll as much as possible with everyone they come across.

For brown and black belts the focus completely shifts to playing and toying around during rolling. Ther are valuable lessons in there, but not nearly as much as in other avenues, like teaching.

Learning from rolling is possible, but limited, to put things simply. And no, you have not seen it all by the time you reach a purple belt. This may have been true in the early days when purple belts knew the same techniques black belts did, and it was just a question of finesse. Nowadays BJJ evolves every day, and there’s no way to know the same techniques as others, regardless of the belt. So, no, rolling is not the only way to learn if you’re a purple belt or higher.

Jiu-Jitsu rolling, despite not being enough to learn BJJ on it’ own, is definitely an integral part of the learning puzzle. Even more so, there are different types of rolling, and they all have different lessons to teach.

Let’s start with the hardest and most elusive form of rolling – flow rolling. This is when you simply roll to have fun, no physical effort, and pure technique. It takes a lot of self-control to achieve it, and it is not easy to learn. However, it will teach you timing and how to feel movement from the other person like nothing else in BJJ.

Hard Jiu-Jitsu rolling si what most people end up doing most of the time. Even most rolls that start as flows, end up being hard, competitive rolls. You certainly have a lot to learn here, with suffering being the most important lesson. Hard rolls mean you’ll be tired regardless of where you are. Moreover, it teaches you how to pace yourself and use tactical breathing patterns in order not to gas out.

Rolling with different belts also brings about different benefits. Different people have different body types, different styles, and approaches to rolling. All of them have stuff to teach you, both when you’re the one dominating and when you’re trying to survive.

Finally, one of the best possible ways to learn via Jiu-Jitsu rolling by restricting your rolls. There are many ways to do this. You can restrict which positions you and your partner can use, for example. OR, decide you’ll do only one submission hold or one guard pass. Another option is using only one hand during rolling, in order to figure out how to close gaps and/or create space. the combinations are endless.

In a sport as complex as Brazilian Jiu-Jitsu, there’s no way that restricting yourself to just one learning method will yield results.  For example, you can learn how to read if you just pick up a boo kand try to read. Somehow, you might figure it out with some help. However, if you go toa structured class, where a professional explains the letters, sentences and everything else, you’ll learn to read not just faster, but also, how to read everything ina certain language. The same example works with driving. You can certainly figure out how to drive on your own, but going through structured classes that involve doing some driving works way better.

The same is true for rolling. Every class or just about every class in BJJ contains rolling. there’s a reason why only Jiu-JItsu rolling si not the main focus of most classes. It can help sharpen you up and teach you certain aspects of the game, but you can’t do without the technical classes and drills. Otherwise, you’ll just be trying to drive around without any sense of how both a car and traffic work.

Let’s put it like this – rolling is more of playtime, than learning time. It is fun, free-flowing, allows you to express yourself, etc. At the same time, you do figure out how to put things you’ve learned before in use. And that’s just it. You learn things by doing repetitions of techniques or drilling. Then, you just figure out where it all fits when you get to play around during Jiu-Jitsu rolling.

Every part of a BJJ class has a role to play. Jiu-Jitsu rolling is no different. It has a huge role to play and has ultra-valuable lessons to teach. But only going to classes to roll is not going to get you far in BJJ. that is not to say you won’t progress, or even one day reaches a black belt, but it is not an efficient way to go about things. So, use it along with all other methods of learning so that you give yourself the best chance to progress. Yes, that means you’ll have to come to class and do all that tehcnical mumbo-jumbo from time to time.