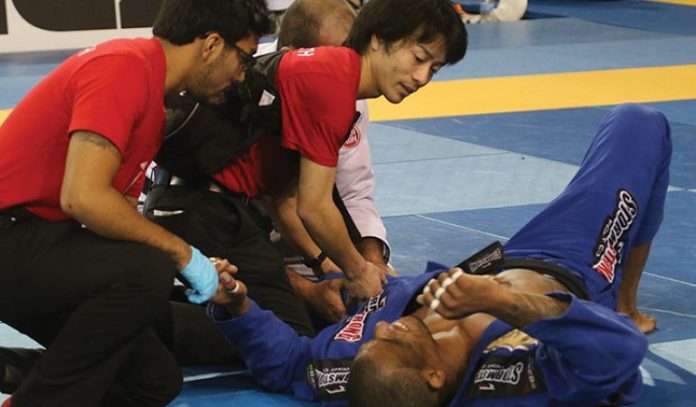 Nursing a BJJ injury is an everyday occurrence for most grapplers. While it may be scary the frit time you get it, after your hundredth twist and/or snap you’re not paying any more attention. It takes something serious for you to even consider taping it. This is the absolute worst strategy to have. Still, we all know it and yet, we still choose to do it. However, when it comes to certain injuries, no amount of tape can help unless we do the unthinkable – go to a doctor and take some time off. BJJ knee injuries qualify very high on that list, and when it comes to serious ligament damage, the only way to really heal is to play nice. And that means to do things by the book. Otherwise, you can wave goodbye to BJJ and many other things that require healthy knees.

BJJ knee injuries are, unfortunately, among the highest-percentage injuries in our sport. The complexity of the knee means there’s a lot of potential for damage. However, not every knee injury is a potentially crippling one. Apart from breaking your joint clean, which is rare even in Jiu-Jitsu, the most serious problems are ligament and cartilage injuries. The cartilages of the knee are known as the menisci, and they do get their fair share of trauma. Still, our sport also has one injury that is a lot more common than other knee issues – damage to the lateral collateral ligament, or LCL. So, what do you do when your LCL gets sprained or torn?

Just like soccer is the sport most associated with cruciate knee ligament damage, grappling is related to collateral ligament damage. To be fair, unless you’re standing, it is pretty hard to twist the knee in a fashion that’ll trouble the cruciate ligaments which lie deep inside the joint. However, the outside ligaments are not so safe, particularly when trying to train leg locks without supervision. 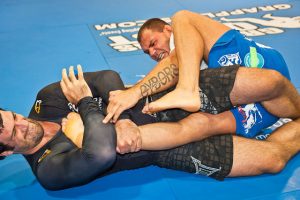 When you look at BJJ knee injuries, the reason why most of them include collateral ligament is the plane of motion. While we’re not constantly standing and enduring impacts at high velocities, we are asking a lot of our joints. Remember that even in grappling, one person is always on top, meaning they’re using their legs all the time. The funny thing is, that with LCL and MCL injuries, it is usually the bottom grappler that gets hurt. This is due to accidentals slips, falls or even intentional sprawls or explosive movements by the top guy. However, one key prerequisite here is leg positioning. And in BJJ, there’s no lack of weird and complicated, mostly unintentional, entanglements.

To be completely fair, it’s not all down to leg locks. Actually, they only play a minor role in the frequency of BJJ LCL injuries. Mostly, it is down to people getting stuck and doing rash things that make no sense. The knees are quite delicate, especially when it comes to forcing them medially further than their capacity. And having a grown man/woman placing pressure and weight in undesired directions is a certain recipe for LCL disaster. But what is the LCLs role, actually, and how do we prevent injuring it?

What Is An LCL Injury?

The main role of ligaments in our body is to connect joints. In the case of the LCL, the connection is between the thigh bone and the shin bone. Apart from the connection, it also has another role – stabilization. Your LCL helps stabilize your knee from the outside, as opposed to the MCL, that does the same on the inside. As such, any kind of pressure that bend the knee towards the inside is going to put a lot of strain on the LCL. At a certain point, the ligament is going to give way.

The results of a ligament giving way are usually strains. Ligament strains are graded from 1 to 3, with 1 a mild stretch and 3 a complete tear. Injury to the LCL in Jiu-Jitsu is unfortunately almost always serious, between grades 2 and 3. Put in simpler terms, if it is a 3, you’ll need surgery for sure.

The moment you injure your LCL, you’ll notice a few main things. First, and foremost, there’s a sound, similar to tearing a cloth. That’s when you know something’s wrong. Next up, the knee is going to swell, and become painful, not always in that order. The pain and swelling are localized to the outside of the knee. There’s also a limited range of motion and often, locking of the knee. With grade 3 injuries, you’ll also feel instability.

Gordon Ryan is the last man to fall victim to BJJ knee injuries. In fact, he injured his LCL, the extent of the damage still undisclosed. This took place during his match with Joao Gabriel Rocha under the Kasai banner. Ryan won the match but immediately canceled al upcoming fights in the near future. This should tell you how serious of a thing an LCL injury is.

Getting Back To The Mats 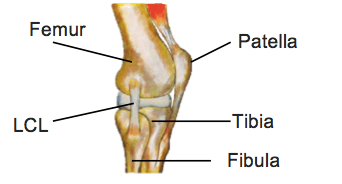 Recovering from BJJ knee injuries that involve the LCL is never easy, regardless of the grade. Even a grade 1 injury can keep you out of them ats for a few weeks. With grade 2, you’re looking at 4-6 weeks out, along with a lot of rest and some physical therapy. Still, it is grade 3 injuries that scare most people, Unfortunately, they’re very common in grappling.

Getting back from a torn LCL is a painful process You’ll need at least a month of nothing but rest post surgery. then you’re looking at probably a couple of months of rehab and strengthening before even thinking about grappling. Not really the time frame to look forward to. On top of it, your new best friend is going to be a heavy-duty knee brace every time you want to train.

The thing most people get wrong is the time frame. Regardless of the grade, you need to give your body time to rest and heal. People that try to get back to training right after an LCL injury will end up with one, or both, of two things. The first is rupture the LCL completely due to inadequate healing time. Now you’re inbound for the OR and about to spend at least 3-4 months out. The other option is injuring other ligaments ora meniscus, most often with the same outcome as above. So, if you tweak or tear your LCL, first get some rest and then see a doctor. Adhere to the timeline and make sure you ease back, only doing techniques for the first few weeks back. Then, use positional sparring to ease into live rolling again. And pick up a knee brace!

BJJ Injury Prevention Manual – How To Break The Cycle 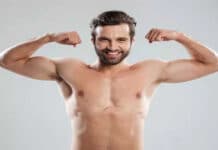