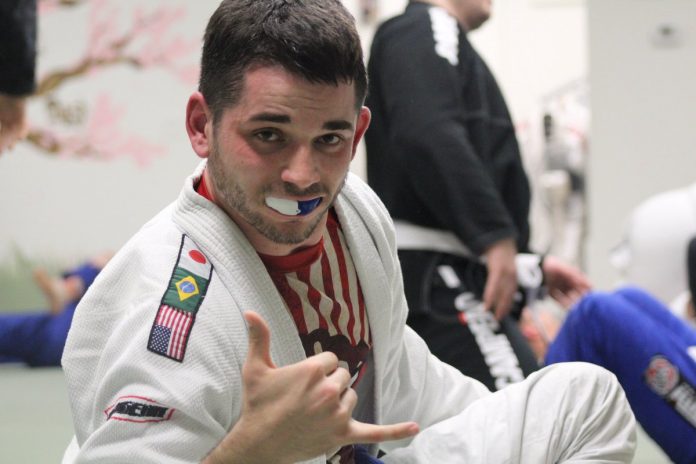 We’re all guilty of throwing the BJJ Shaka sign in at least one picture in our lives. With most of the people that do it, its rarely just that one photo, though, the Shaka hand gesture is now a much a part of BJJ as Gis and belts are. Still, if you ask most people why they do it, they’ll tell you they’re not sure, they’ve only seen higher ranked students and instructors do it. Furthermore, asking people what it means is going to get you even more blank looks and confused mumbles. In my quest to discover the BJJ Shaka’s true meaning and origin, I rarely got a substantial answer from anyone I asked along the way. Today, we’ll make things easier for you than they were for us and lay it all out.

The thing to remember is that the Shaka hand gesture didn’t start out like a Brazilian Jiu-Jitsu thing. It is actually older than BJJ,m and has a lot to do with other subcultures. How it came to Jiu-Jitsu is a different story. the most captivating part about it is that it is still here and going strong. generations upon generations of grapplers use it daily (me included) and most have no idea why. For grapplers, it marks their belonging to what is the world of Gentle Art. To bystanders that don’t understand grappling, it is a curious thing people with weird ears do. So, next time someone asks why you dong that “thing” with your hand, this is what you’ll say:

Origins Of The “Hang Loose” Gesture

What we know today as the BJJ Shaka sign, is actually a hand gesture of Hawaiian origins. Mostly, people know it as a gesture that signifies being laid back and relaxed. It is a positive gesture which is often translated as “hang loose” although that is not the literal translation. To be honest, there is no literal translation to “Shaka”. In Hawaii, it is a way to convey the “aloha’ spirit and is often used as a greeting or a way to wave goodbye. In Hawaii, the sign itself is the popular mark of surfers and divers. Whenever they pass each other on or in the water the do the Shaka gesture to acknowledge one another. It is actually so much of a sure thing, that the American Language Association has it down as the hand gesture for surfing. 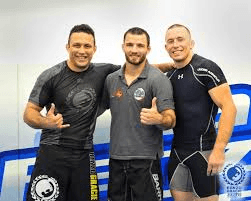 One Hawaiian legend says that the origins of the Shaka are down to just one man. The now mythical resident of Laie lost three fingers of his hand while working in a sugar mill. this left him with only the thumb and pinky on one of his hands. After the accident, he went to guard the sugar train, often waving it “clear” with his mutilated hand. Children along the island often saw him do it and adopted the sign.

Another story follows a similar narrative. This time, though, it was a surfer that lost his three middle fingers after an encounter with a shark. There’s even one of a fisherman who lost his fingers when fishing with dynamite. What’s safe to conclude is that there was certainly a man that had an injury which gave birth to a movement.

Internationally, the Shaka sign has no particular definition. It is actually a worldwide thing, In Brazil, as we know, it is all about Jiu-jitsu. In Hawaii, it is a mark of surfers and divers. In China, it is a way to refer to number 6. Brazilians, along with Hawaiians are among those that use the sign a lot. Brazilian soccer star Ronaldinho further popularized the gesture worldwide.

The way the BJJ Shaka came to be is also not completely clear. Similar to the stories that revolve around the origins of the Hawaiian Shaka, there are a couple of options here. One version is that the sign was already a big part of surfing culture in Brazil when Jiu-Jitsu emerged. At the time, a lot of the surfers found themselves training BJJ and bought their favorite gesture with them. The “hang loose” mentality, as we know, is right bang in the middle of the BJJ mindset, so it caught on quick. The main connection here is, according to some, Rolls Gracie, who was just an avid surfer as he was a grappler. 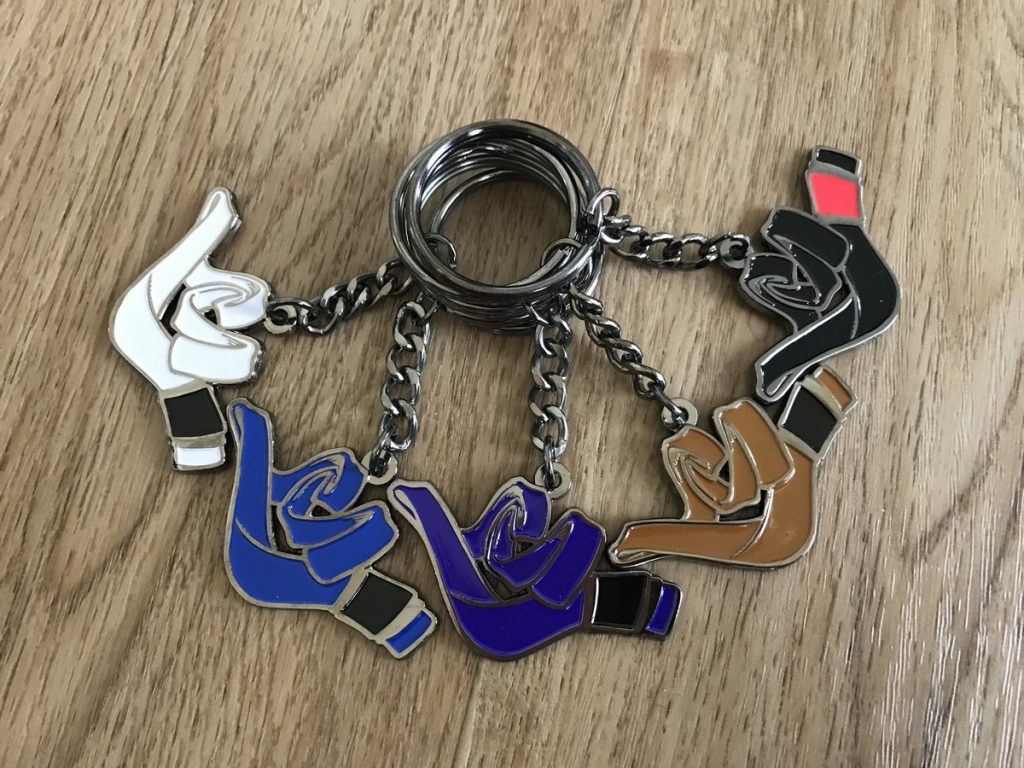 Another version “blames’ Renzo Gracie for the popularization of the BJJ Shaka. When Renzo fought Oleg Taktarov in a bare-knuckle fight, Renzo badly broke his hand. Legend says that, at the time, BJJ guys always used the “thumbs up” gesture. Posing for photos after the fight (which he won via knockout) Renzo attempted a thumbs up that ended up as the Shaka. According to Renzo, the community then picked the gesture up and the rest is history.

As you can see there are plenty of explanations, but choosing one is way better than having no idea why you’re throwing the BJJ shaka left and right.

BTW Enjoy one good song from Israel “IZ” Kamakawiwoʻole names Somewhere over the Rainbow. IZ loved the shaka sign just like a lot of people in Hawaii. R.I.P IZ.