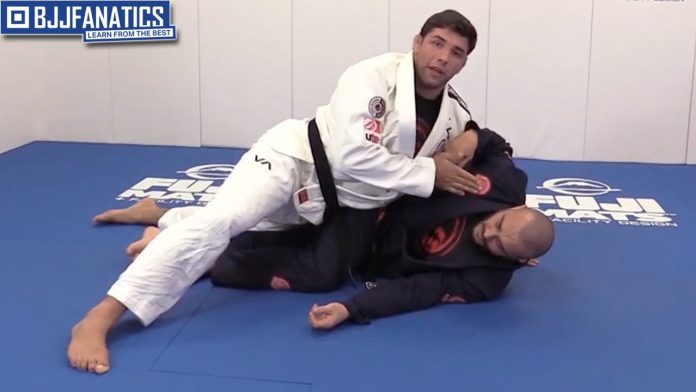 Throughout the years in Jiu-Jitsu, I’ve found that one thing keeps repeating itself – simple things work. When we come to think about it, they tend to work because we can understand them, not because they’re better than complicated things. It is just easier for the majority of people to get the why behind simple stuff. And, when you’re up against a daunting grappling task, like passing someone’s guard, simple is exactly what you need. In fact, guards are arguable the most complicated positions to play in BJJ. With that in mind. using simple ways to get past them, should work best. Take, for example, the BJJ folding pass.

Occam’s razor states that the most obvious solution is often the right one. In terms of passing the guard, we could say that the simplest thing is the most obvious one, hence, it should be the correct one as well. Passing someone’s guard in Brazilian Jiu-Jitsu means getting past their legs. Given the number and nature of guards, that is usually highly challenging. However, the goal is easy- if you make the legs go one way, you can easily go the other. Moreover, if you pin the legs completely, you can go wherever you choose. This is where the BJJ folding pass comes in to play.

BJJ: It is All About The HIps

Hips, hips, hips. Forget salsa dancing and the likes. Nobody has hips as BJJ players do. In fact, if ever the phrase “it is all about the hips” was true for something, it is Brazilian Jiu-Jitsu. The hips are everything in BJJ, whether you’re on the offensive, defensive, top, bottom, or any other position. How d you finish an armbar? How d you escape mount? What about passing the guard? Or retaining the guard, for that matter? In each one of these examples (and there are countless more) the hips are the main thing that makes everything work. As such, they’re the one body part, you want to contend with in order to beat your opponent’s game. 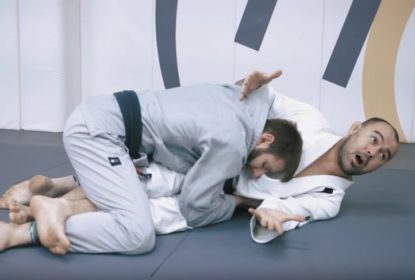 When it comes to passing the guard, Gordon Ryan has a great principle that pretty much describes the essence of the BJJ folding pass. That principle states that if you get your opponent’s knees and toes to point away from you, you can easily pass the legs. Pass the legs, and you’ve passed any guard in existence. The Torreando pass probably springs into mind first, as it does overemphasize the fact that you’re forcing the knees in the opposite direction of the one in which you’re heading. However, the Torreando is a pass based n movement, accuracy, timing and it only works against a handful of guards. What is lacking here is variety in just one move.

Speaking of variety, Ryan’s principle works against pretty much any open gaurd out there. Why? well if you manage, in any way, sort or form, to make the knees and toes point in the same direction, you have indirect control over an opponent’s hips. In other words, you’ve used the legs as levers, to pin the hips of the opponent to one side. It is just easier to remember knees and toes away, rather than thinking of elvers while you’re passing guards. That is precisely why the BJJ folding pass is so powerful in both Gi and No-Gi.

The Power Of The BJJ Folding Pass

You can do the BJJ folding pass against a whole myriad of open guards. One reason why it is simple is that it only has a few steps. On the plus side, the BJJ folding pass is a pressure pass, meaning you get to rest along the way, instead of having to explode past the legs. In fact, you absolutely have to wait and “cook” your opponent’s for a while, passing whenever you decide they’ve had enough. Isn’t that what BJJ is all about?

In fact, if you think about the BJJ folding pass, thing leg drag. The reason why the folding pass works better is that you get to trap both legs with your pressure, instead of having one behind your hip. That top leg is exactly why people wiggle out of a leg drag. in a folding pass, you want both your opponent’s knees together, with the legs to the side. Of course, the goal is to have the legs on the mats, with your hips over the opponent’s thighs. The main difference with a leg drag is that with the folding pass, you have both their legs in between your legs. This helps pin your opponent with ease, while you decide where to go (unlike the leg drag where you usually pass to one side only).

Entering the BJJ folding pass is actually something you shouldn’t learn as a technique. The pas will work again so many different types of guards if you just understand what you want to accomplish with it. After all, entries are different every time you do them, so there’s no point in bothering with learning specifics. As long as you pin both legs in between your legs, and place your hips high over the opponent’s top thigh, you’re ready to start pressuring a guard pass.

Essentials For The Gi 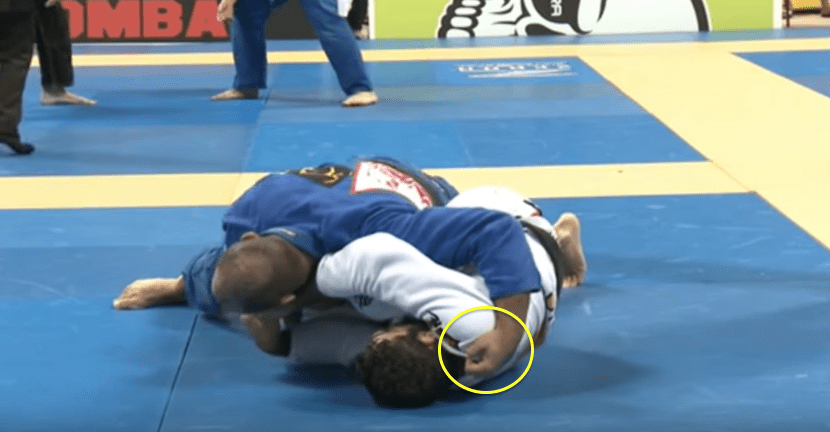 One thing to know is that when you arrive at the BJJ folding pass pressure position (as described above) you’re far from done with a pass. Do thing s right, and you might end up directly in mount. Make a mistake, and you’re back in guard, or even swept. The trick is one ca again glaringly obvious – be patient. Every time you have ap resure pass, be patient. Moreover, try to take a position that more uncomfortable for the person on the bottom. And the Gi is the perfect tool at your disposal.

The moment you get the hips in place, you should be hunting for an underhook. there’s only one side to look for it, as the opponent will be lying on their side. The goal is to get an underhook and establish a grip on the back of the gi collar. This will provide you with a great handle, and even more pressure because you can force their shoulder to the ground. This puts a twist to the spine, taking away any posture an opponent might have. Even better, you can accentuate this by gripping the front of the collar with your other arm, and pulling your elbow towards your hip. Given that the base is completely destroyed by the BJJ folding pass pressure position, you now have complete control.

To finish the pass, you use windshield wipers, to go in the direction of your choosing. If you go toward the butt, you’ll end up in side control with an exposed back. If you choose the other side, you’ll end up in side control, or more likely (and preferably) a cradle. Also, if you decide not to use windshield wipers, you can just crawl directly upwards, placing even more pressure, and forcing your opponent to pull you into the mount.

Without the Gi, the BJJ folding pass is still a great option, you just need to fine-tune the grips. It is not just about the handles on the collar, but also on the Gi pants. here’s where entering perfectly into the position becomes even more important. That means, when you start learning the BJJ folding pass, pay attention to where your hips are in relation to the opponent’s thighs. That is crucial.

In No-Gi, once you enter the pressure position, you need to think diagonals. The underhook is still something you need, but you can’t really pull as effectively. You can, however, grab the shoulder, and then use your forehead to pin that shoulder, which happens to be diagonal of your hips, to the ground. Grab the head with the other arm (crossface style) and pressure get a whole different meaning. Now you have dispersed pressure and can work your way to any of the passing directions we discussed above.

The BJJ folding pass is powerful because it pins the opponent’s hips in place. Without the hips, there’s no guard retention or recovery. Moreover, it utilizes pressure from your own hips, which, as we saw, is immense in BJJ. Plus, you get to pass in different directions, ending in a different position.. And you get to do it with and/or without the Gi. What could be better?