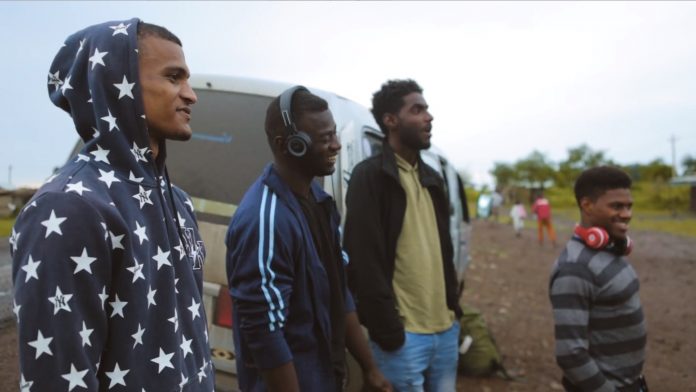 How much have you traveled to a competing BJJ tournament? Most grapplers that compete have no trouble traveling great distances just to participate in open type Jiu-JItsu tournaments. However, would you travel the same distance in a van, across the continent of Africa, just so you could compete in a JIu-JItsu tournament? I guess you would if you are a part of the Sudanese BJJ team that had their sights set on competing, despite massive obstacles. Now, a BJJ documentary called Journey To Kenya” covers the entirety of their hugely impressive adventure.

Nowadays, there are plenty of BJJ movies, whether documentaries, TV series or even Holywood flicks to feast on. Something to do, I guess, while the world is in hiding. Anyhow, a brand new BJ Jdocumentary is about to get released, and I have a feeling it will be a very emotional and powerful one. The story it covers is a well known one. Even with the facts that we know about the Sudanese BJJ team’s journey to Kenya the story was incredible. However, this full-length movie will shed even more light on the things they had to overcome to fulfill their dream.

As far as the story of the Sudanese BJJ team goes, it all starts with a group of 7 grapplers from Sudan who decided to compete at the Nairobi open in August of 2019. Nothing too unusual about it. Apart from the fact that there are 1,740 miles of rough terrain that is extremely dangerous and volatile. Oh, and there’s no option to fly, just drive for days in order to arrive at the tournament.

The man behind the idea was Mohammed Al-Munir, a then-purple belt who teaches Jiu-Jitsu at the Muqatekl training Center in Sudan. The 6 guys in his team were all blue and white belts. The team was not new to competing, with a few previous successful performances in international tournaments. However, there are other factors to consider, given the geopolitical situation in the area of the world where they live and train. 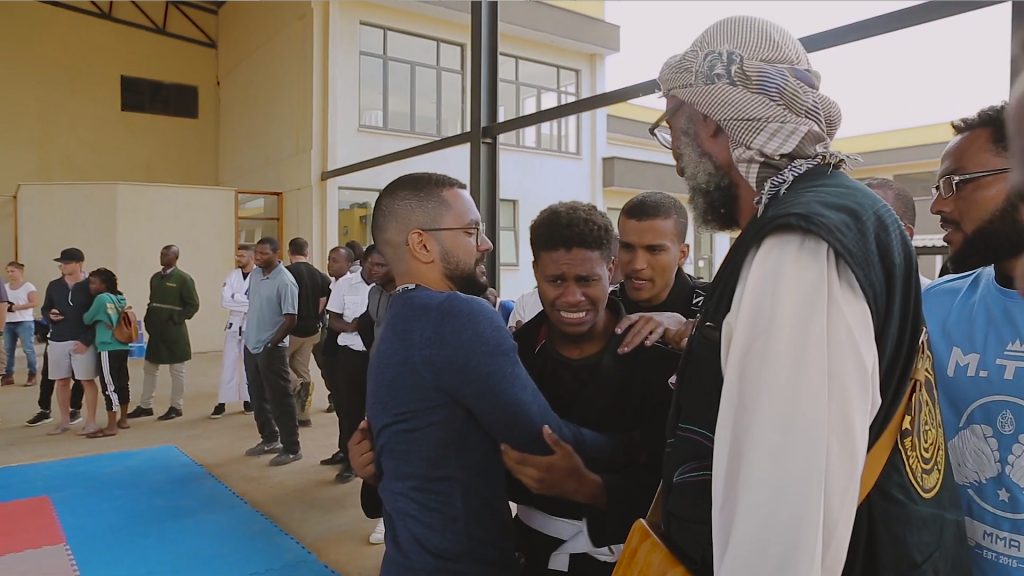 Namely, Sudan is ina state of unrest, with a recent change in the governmental structure resulting in prolonged military control over the nation. Some of the competitors on the team had their brushes with police as part of peaceful protests, making traveling even more difficult of a task.

Thanks to a fundraiser, organized by the LionHeartInitiatiove, the athletes were able to receive a boost in the form of $3000 to facilitate the journey. Speaking of the journey, the details are depicted in the upcoming BJJ documentary, but in short, it took 6 days in a van across Africa for the team to arrive in Nairobi. Moreover, they were barely in time for the tournament.

The “Journey to Kenya” BJJ documentary takes us through the incredible endeavor of the 7-man BJJ team from Sudan.  The destination, Nairobi, 1740 miles away, meant they had to drive across Africa, through dangerous and hard to navigate the terrain. Of course, the journey was far from trouble-free, with the van breaking down, the team getting lost, lack of sleep, etc making things even more difficult for the enthusiastic grapplers. 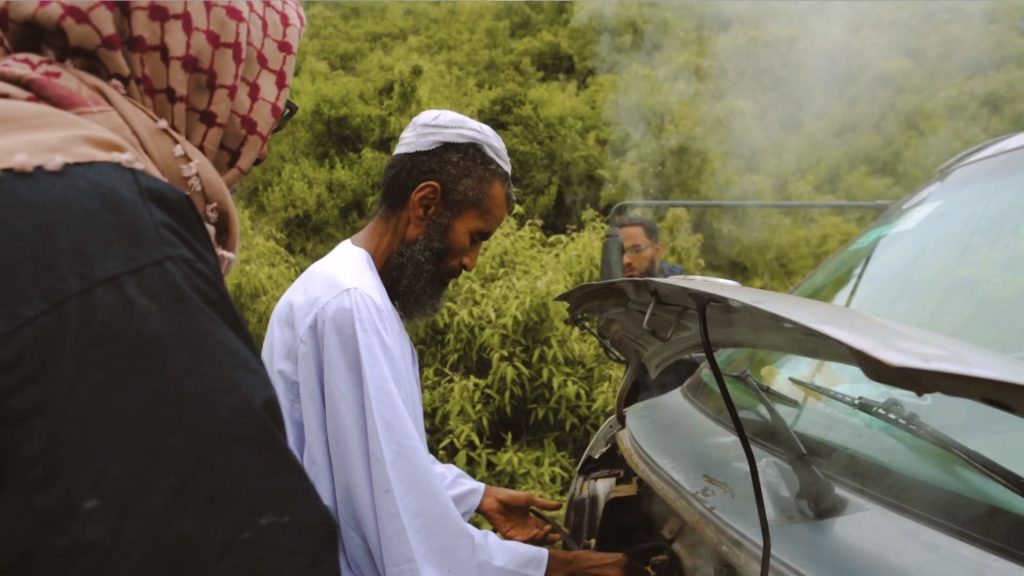 The people behind the BJJ Documentary are the LionHeart Initiative managing director Armand Rupert, along with Mo-Al Munir, also from the initiative, and the documentary’s director Ibrahim Ahmed. Together they did a great job not only of making the trip possible, but also covering it in a dedicated film. The film, as coach Al Munir states will help raise the awareness froBraizlianJIu-Jitsu in South Africa.

The movie will show life in the MuqatelTrainin Center in Sudan, which is the only BJJ and MMA gym in the country. In just four years, the gym has around 150 active members and some of them are completely dedicated to JIu-JItsu. In fact, the team can be seen training extremely hard in the documentary, in preparation for their epic 2019 Nairobi Open performance.

The trip itself is another crazy story. In a 12-man team, two seats were reserved just for the gear the team had to carry. A trip expected to last two days ended up stretching to almost a week. Getting lost in the mountains of Ethiopia, encountering visa issues, the van breaking down are just some of the challenges they faced on the road. Not to mention having to “sleep” in a van for five nights, and barely eat anything.

The director of the movie traveled with the team and claims that it the movie managed to capture about a quarter of what really happened. You can imagine how hard it was for the team to compete if the people shooting the movie couldn’t manage to do so because of the hardships during the trip.

The LionHeart Initiative,  to an extent, made the entire journey possible, as we ll as the BJ Jdocumentary that followed. The initiative focuses on using martial arts to build positive social structures in undeveloped African areas. Moreover, they strive to help improve the economic situation by introducing professional martial arts into the communities. Suffice to say, the initiative’s efforts are worth recognizing, as are their results.

The LionHeart Initiative uses mainly MMA to help children from poor areas escape a life of crime. Since 2013, the initiative has done massive amounts for the rise of MMA in Africa and is continuing to go strong. Some of their projects include organizing competitions, seminars, and hosting fundraisers to help teams accomplish their goals, much like in the case of the Sudanese BJJ team.

“Journey to Kenya” was not intended for release quite so soon, but the COVID-19 pandemic has spurred the director to do so ahead of plans. The BJJ documentary, which already received an award at the Sudanese Independent Film Festival is going to come at a perfect time to ease people’s minds over the current situations. After all, if the Sudanese team could overcome so many things in pursuit of their dreams, we can stay t home a couple more weeks.

The “1,2, Clap” – Why Do We Do It After A BJJ Demonstration Of Techniques?

BJJ Around The World: Women’s Jiu-Jitsu In Saudi Arabia