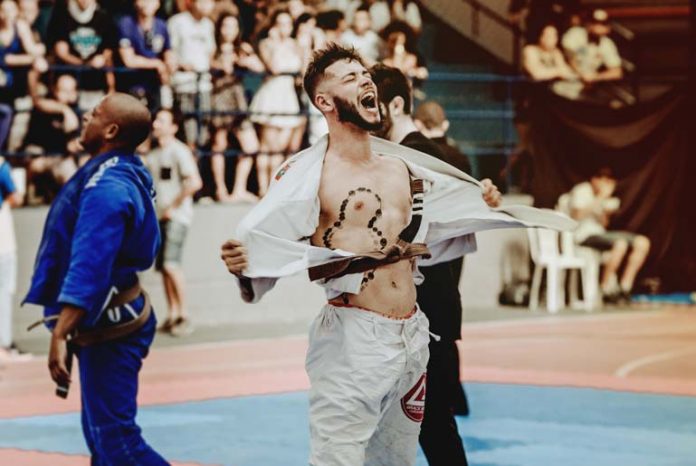 How do you win a BJJ match? There are actually several viable ways you can do it and a couple which are questionable. the end result would be ending with a raised arm, though. In terms of winning matches, the more efficient approach is one of tactics and strategy, rather than a collection of techniques and moves. Granted, you need to know what you’re doing. However, why not be smart (and sneaky) about it and to it wit has little effort as possible? One of the best answers to the question “how to win a BJJ match” is to make your opponents tired. Here’s how.

Your first BJJ roll probably was a strong indicator that this grappling thing is not going to be an easy endeavor. In fact, I’d wager that you thought “what have I gotten myself into”? We all have. And still, if you are savage enough to have returned after that first experience (and reading this page, you most certainly are) then your thoughts are focused on how to emerge victorious out of rolls, and eventually, Jiu-Jitsu matches. Okay, ti will be about survival the first few months, but that doesn’t mean that you can’t use defensive mode to actually win. How to win a BJJ match in a way that is easy to accomplish for anyone? make your opponent gas out, of course, Then, you can do whatever ti si you want with them.

How To Win A BJJ Match Against Almost Everyone

Depending on how good or experienced an opponent you’re facing, you’re certainly not going to be able to win every BJJ match. That said, winning most matches is not an unfeasible goal. In fact, it is easy to accomplish, as long as you think more tactics and less technical gibberish.

In terms of winning a Jiu-Jitsu match, the options are well known. You can win by submission, by points or by advantages. Those are the clear ways to victory. Another option is winning via a referees decision whenever a match is a complete draw. Those are usually controversial and ambiguous, so that’s really not a preferred way to win. Also, there are DQs and injuries that prevent people from grappling, hence making you the winner. Out of all the options, submitting someone is the best way to win. It is also the hardest one.

So how to win a BJJ match by submission? Moreover, how do you do it on a resisting opponent without you gassing out completely in the process? By relaxing, of course. You should be the one that’s loose and relaxed. At the same time, you should be making your opponent work overtime for anything they think they’re getting. Once again, ti is deception and tactics that will get you a ‘W” rather than how good or fast you can hit an armbar. In fact, the slower you do it, the better it will be.

Right there, we hit one of the greatest stumbling blocks of Jiu-Jitsu. We all want all our moves to work, and we want them to work the moment we try them. Well, BJJ doesn’t work that way, and if you truly want to win, you’ll have to start applying delayed gratification and patience.

In any Jiu-Jitsu match, the rules are simple – be the person on top. Moreover, once you’re there, stay there. How many guards or bottom positions bring you points? Exactly. Itis top positions that get you all the points, so focus on staying on top whenever you can. 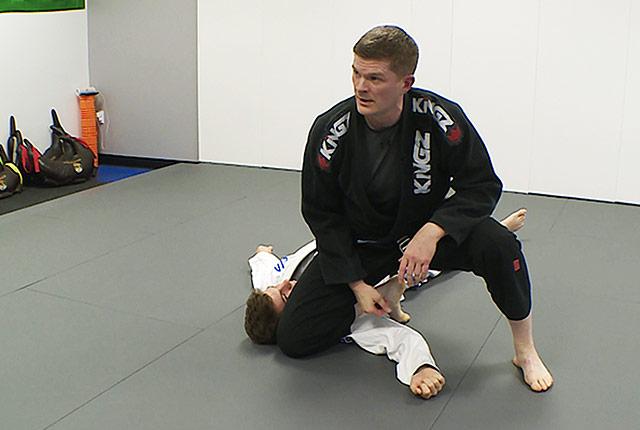 The caveat of being on top is gravity. Think about it this way. The bottom person has your weight to contend with if they want to do anything. Regardless if it is side control, munt, or knee on belly, your weight on top of them restricts their movement options. Moreover,  there’s nowhere to retreat, as they have an entire planet behind them. So, stabilize any top position, be loose (you’re much heavier that way), and make the bottom person move. You don’t’ want them staying still. You actually want them moving. This brings us to the next step in the “how to win a BJJ match” formula.

Any movement you do has to be deliberate. And I don’t mean jumping from the knee on belly to spinning armbar. Instead, I mean adjusting the knee on belly position so that ti sis more uncomfortable and the person decides to move in ways that compromise their defenses. You waste no energy, they struggle you reap all the benefits. Also, this is the time when you transition to another position, as the mount, or go for the back.

This brings us to isolation. As you put pressure, stay calm and force the opponent to move, look to isolate an arm, or a neck, whatever it is you’re attacking. However, don’t even try to attack until a few minutes have passed with you wither holding, or improving the position. At the same time, you should be constantly increasing the level of discomfort the opponent is under. the more discomfort, the more they move. That makes them tired and opens up so many opportunities for you.

Bottom Traps To Tire Opponents Out

Getting submissions by tiring people out form the top is easy. Particularly if you’re an ultra-heavyweight. Doing the same from the bottom requires a bit more finesse. By all means, the one thing you would very much like to do is end up on top. In fact, such a maneuver, done from the guard, gets you two points (a sweep). However, that is not always possible. 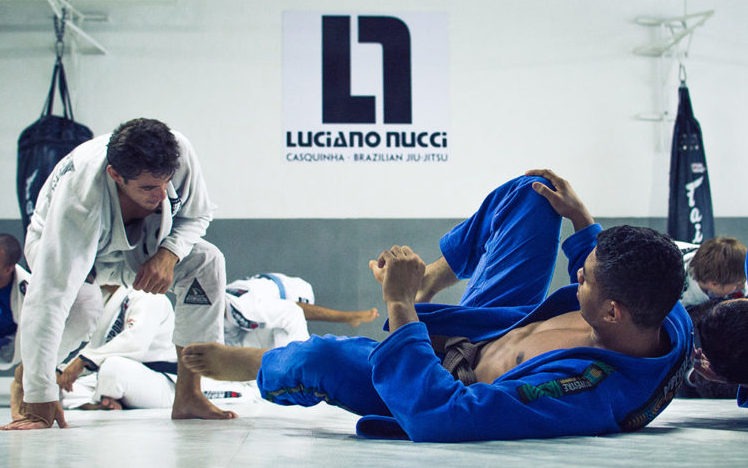 When you’re playing guard the most important thing to focus on is safety. Unless people can pass your guard, there’s not much they can do. APart form leg locks. However, those two won’t be a problem if you just go to the one position that is a part of any BJJ position you know – the turtle. So what if you’re on your back? Simply choose a guard that allows you to protect the space between your knees and elbows without wasting too much energy. That said, the trickery with the guard is not attacking outright.

The real Jedi mind trick here is using guard retention to set up sweeps or, even better submissions. However, you can’t just sit there. Instead, make sure you guide the top person towards trying as many different poses as possible. Good grips and protecting that inside space will keep you safe with next to no effort. At the same time, the top person will have to change levels, move, jump, explode, etc. A couple of minutes of sustained effort like that, and you’ll have them tired enough to set up a trap.

In terms of a bottom position, the answer to the question “how to win a BJJ match” is simple: traps. Have a slick submission like a spider guard triangle, or a worm guard Omoplata, or a half guard loop choke waiting for them when they decide to take a breath. No need to hunt for those on a fresh opponent with great posture. However, a few minutes of guard retention will cause everyone to forget about crucial micro details, which is exactly when you pounce.

When you goa bout thinking how to win a BJJ match, there are now two distinct options. You can go al lout, flailing about and trying to submit people at any cost. Or, you could sit back, or on top of them, and make them work and get tired. Even if they have pristine conditioning, they’ll start making mistakes because of frustration. Only then can you switch on your submission game, which, if you’re tricky enough, should already be in place. Easy, right?

The “1,2, Clap” – Why Do We Do It After A BJJ Demonstration Of Techniques?

BJJ Around The World: Women’s Jiu-Jitsu In Saudi Arabia