According to TMZ Sports, Da Silva is accused of robbing a Citibank in Queens of an estimated $50,000 on Aug. 24.

Police reportedly identified Da Silva using fingerprints from the scene. He allegedly wore a ski mask and threatened to shoot people if the teller did not give him cash.

The 31-year-old lives “right around the corner” from the bank, according to the TMZ report. He holds a 6-9 record as a professional fighter, including a 0-2 mark in Bellator. Matt Rizzo defeated him via submission in the third round of their matchup at Bellator 180. 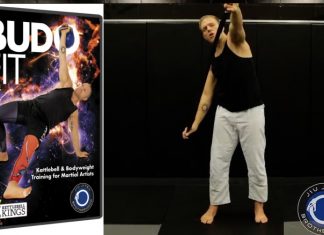 0
Finally, a kettlebell training program that makes sense and is easy to execute! What is the point of creating a kettlebell (or any kind...