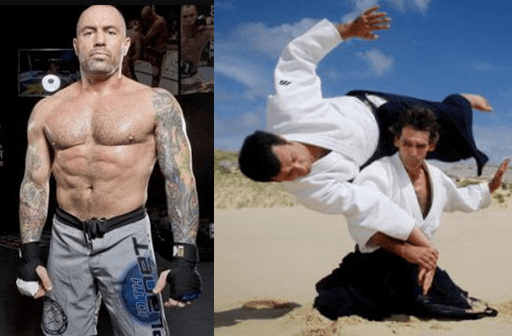 Once, Aikido was a famous and respected martial art, but things have changed over time. Today this martial art often has a negative reputation, especially between BJJ and MMA practitioners.

Aikido is a modern Japanese martial art developed by Morihei Ueshiba, in the late 1920s. The main goal of Aikido is to defend the practitioner while also protecting their attacker from injury. Aikido is often translated as “the way of unifying life energy”. It is most often practiced with a partner, where one person functions as an attacker and the other person practices defensive Aikido techniques.

The art basically has techniques such as entering, turning movements, throws, and joint locks. You learn how to make redirection of the opponent’s attack momentum using simple turning movements of the body.
There are no competitions or tournaments, therefore Aikido is non-competitive. 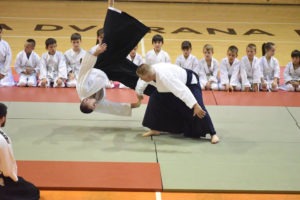 The hate from BJJ and MMA practitioners

Today, Aikido has a lot of negative reputation, especially among BJJ and MMA practitioners. Rokas is an Aikido Black Belt who had practiced Aikido for more than ten years. Through years of training, he was able to realize why is this happening and what is the real reason. This is something that dramatically changed his approach and understanding of Aikido.

When Rokas started running his own Dojo, he met a BJJ practitioner who convinced him to try rolling with them, and eventually to train together. He was able to see how vast and amazing the combat sports world is. The same happens with all other BJJ practitioners that he met. The question was, where are all those combat sport meatheads that he told about?

Another step was proving that Aikido doesn’t work in the ring, by recording an Aikido vs MMA video. He posted the video online to prove his point, expecting both the Aikido and MMA world to hate him. Most of the Aikido people blamed and hated him, not all of them, but the majority. But what’s with the MMA and BJJ practitioners?

The support and encouragement from them were enormous. They understand his message and saw this as a success and example of true martial arts spirit. Now, not to say that there were no negative opinions from some combat sports practitioners, but there are few out of many. Where was this whole world of negative combat sports meatheads in this situation?

If the hatred and negativity from BJJ and MMA practitioners were not directly expressed to Aikido, then what causes them to have it? Rokas starts to ask questions and talks about the lack of Aikido. He got exposed to a lot of difficult conversations with Aikidokas, who were sure, that Aikido is the best practice.

The main critic actually is not toward the practice itself, yet to the mentality and false claims behind many of its practitioners.