The amount of information on nutrition, diets and the best meal plans for athletes and fighters our there is simply overwhelming. So much so, in fact, that by trying to help people achieve a certain sustainable lifestyle a whole fashionable movement was created. Nowadays you can pick and choose, from sound options that make sense to crazy restrictive diets that have you buy someone’s overpriced special products. One topic that gets a lot of attention is veganism. In that regard, we won’t be covering veganism as a whole, but rather trying to give an answer to a somewhat burning question: Is a Vegan BJJ diet a healthy and reasonable choice for grapplers?

If we take a look at the evidence, it may be hard to draw the best conclusion. A vegan diet is when you avoid everything that originates from animals. That includes eggs and dairy in addition to meat, obviously. This is where things get confusing. Physiologically and biologically speaking, humans are omnivores. That means the can and should eat both meat and plants. That would mean that cutting one out results in health issues and worse athletic performance. And yet, athletes like Nick Diaz, Mat Danzing, Sebastian Broche, the Miyao brothers, Enrico Cocco and plenty others prove this theory wrong. What’s the deal with a vegan BJJ diet?

A Vegan Diet: Benefits vs. Drawbacks

Unlike some diet options out there, a vegan BJJ diet does make sense. There are proven benefits to eating plant-based foods. However, the vegan diet is restrictive by nature, although not as much as some other fad diets out there. That means that along with the benefits, you get several drawbacks as well.

The first thing you’re going to undoubtedly notice on a vegan diet is weight loss. Weight management becomes much easier when you’re eating plant-based, particularly when your food choices are on point. This means you’ll have no trouble getting to a lower weight class, and more importantly, staying there.

Next up is health. Less meat usually translates to a more alkaline diet, meaning acidity goes down. That helps fight off inflammation, boosts immunity, and a whole host of other benefits. In general, there is evidence to support that a vegan diet does impact health positively when done right. One thing that’s for certain is that digestion will improve greatly, along with your gut health.

In terms of athletic abilities, most people that switch to a vegan diet claim to recover better. Moreover, endurance levels always seems to be high in vegans. While there’s not too much scientific evidence out there to prove this, it obviously works for most people, so it should work for you as well.

On the other side, there’s a clear and undeniable drawback in the lack of nutrients. Certain vitamins and micronutrients are only available through animal-derived products. That means that however well your Vegan BJJ diet is calibrated, it will always lack certain nutrients. In other words, you will HAVE to use supplements without question.

One more possible negative side is that you can easily keep up with a vegan diet by eating nothing but junk food. Food choices matter even more than on any regular “healthy” diet plan. It is extremely easy to fall in a trap thinking you’re eating healthy just because you’re eating plant-based meals.

It is not a question of whether a vegan diet is healthy and sustainable. The real question in terms of a vegan BJJ diet is whether or not it will help your performance on the mats? After all, that is the main reason for deciding to go vegan, at least for serious athletes. Rest assured, this is the one diet that will provide you with more than ample fuel for any type of performance. Given the number of nuts and fruits in a vegan diet, you’ll never run out of energy whatever you decide to do.

The second rule that you simply have to adhere to as a vegan athlete is food choices. There’s no way you can pull off a vegan BJJ diet on just fast food. You’ll need to really watch out for what you’re eating. The return, though, is in cutting out all processed foods, and mainly, processed sugars. That’s usually very hard to do on a regular diet. On a vegan one, though, you already have limited choices, so you just need a few more adjustments.

Speaking of food choices, you still have to include all the macronutrients carbohydrates, fats, and protein. As far as carbs go, you’re all set from all the fruit and most of the vegetables you’ll consume. In terms of fat, avocados, nuts, coconut oil, etc provide more both diversity and healthy options. Only in terms of protein do you really need to pay attention. Legumes like beans, peas, lentils, certain grains like quinoa and soy, etc are all very rich in protein. Of course, you can’t get all essential amino acids from plant sources only, which is where protein or amino acid supplements come into play. Vegan ones, of course.

If you’re already following a vegan diet but having trouble with performance, you only need minor adjustments in food choices and/or supplement s to become a machine. If you’re doing a transition from a normal, or meat-heavy diet though, you’ll need to take it step by step. The goal is not to stop eating animal-based products overnight. Rather than that, you need to wean off them slowly. For example, cut out all meat except fish for starters. After a while, you can add fish to the mix, before slowly excluding eggs, followed by dairy and eventually, honey and whatever else is left. The process should be gradual, taking you at least three weeks.

Also, remember that while doing such a major change as adopting a vegan BJJ diet, you’ll feel weaker before you feel strong. This is inevitable, as your body adapts .however, the more you do a planned out, gradual transition, the less you’ll feel the effects of changing. Which brings us to the questions you most likely have. 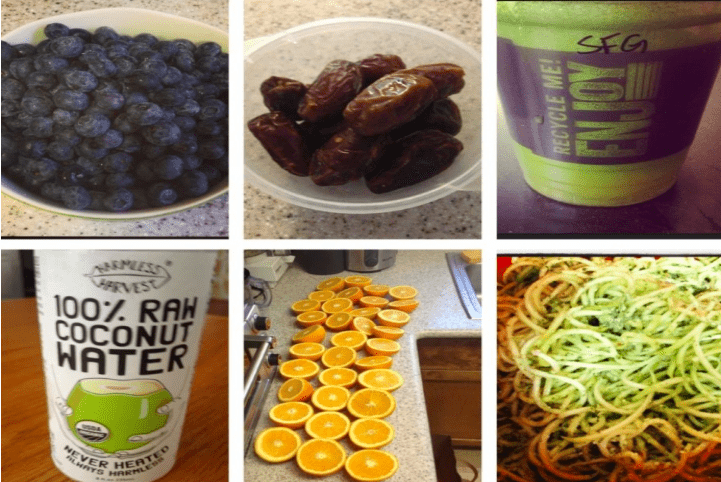 The protein content is one of the main questions people ask. First of all, you do not need nearly as much protein as it is advertised. That said, if you insist, you can freely supplement with soy, pea, or whatever other plant-based protein you can get your hands only. Just remember to throw in some amino acids so that you do not develop deficiencies.

Taste is another frequent question. Despite what you may think, you won’t be eating only salads, and vegan food does not taste bland. On the contrary, you can find insane recipes of everything from baked dishes and stews to cheesecakes to die for.

In terms of eating frequency, you can use just about any protocol you want. For example, you can still do intermittent fasting, but make sure that you’re ingesting enough calories. IF eating more small meals is your thing, you can go for that as well.

Oh, and yes, you can get stronger and even build muscle on a vegan BJJ diet.

The evidence is clear – A Vegan BJJ diet is going to provide you with everything you need to perform at a very high level. it is even a great fit for MMA fighters as well. Balancing one out, though, will take some time and research. that’s if you want to do things right. Also, not that you can’t just transition from whatever diet you’re on now directly to a vegan one. take things easy and slowly and in no time, you’ll look and feel the best ever. Or so they say, at least.