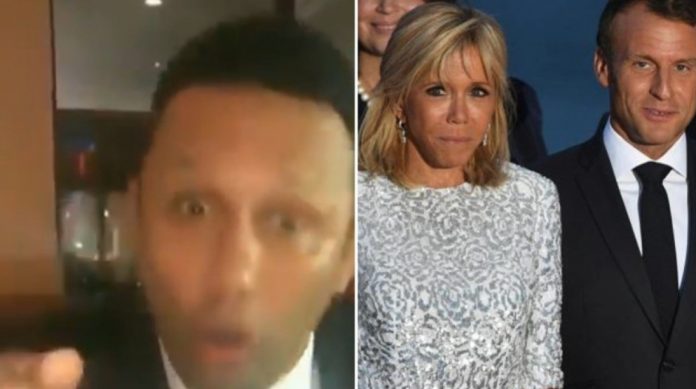 Renzo is now a Brazil chef of tourism but that didn’t stop him to threaten to Macron to choke him out.

“The only fire going on is the fire inside Brazilian hearts and our president’s heart, you clown,” Gracie said to Macron in a video on social media. “Come over here you’ll be caught by the neck, that chicken neck. You don’t fool me.” – said, Renzo Gracie

“That gang of clowns only open their mouths to speak badly about our country,” said Renzo in the interview of Macron and France, before insulting the French president’s wife.

“I’ll ask you a question, is his wife pretty or ugly? Would you do her? If you criticize our country, get ready to listen to a load of b*******, and also about your relatives,” he said.

“The fact that he is sleeping with the dragon does not make him a fire expert. She’s ugly, my brother.”
Brazilian leader Jair Bolsonaro (14 wins, 7 losses in MMA) appointed Gracie to his ambassadorial position a few months ago. But Renzo’s job promoting tourism has been hit for the last couple of weeks following global coverage of the fires that have ravaged Brazil’s Amazon rainforest.
After Balsonaro “LIKED” Renzo’s comment on Facebook about Macron and his wife, Macron called Balsonaro “extremely disrespectful” and “not up to the job”.