If you train Brazilian Jiu-Jitsu it will certainly not pass away from the women. They will notice you, they will adore you and they will want you. And here is why!

If you think you’re tougher than most people around you it helps with your confidence a lot. You’re fighting almost every day and you know what to expect in almost every situation you get into. They like when you’re confident enough to make the first move, to be as ridiculous as you can so they can laugh, etc. And you’re confident enough to think they won’t think of you as a complete fool.

Women are always dreaming about the guy who is as tough as nails and can protect them and their children against anyone. So if you train BJJ that’s exactly something you can offer to them. Especially when they feel free to yell at anyone while driving and you’re in the passenger seat.

No matter how strong you are, Jiu-Jitsu makes you humble because you always know there is someone bigger, better or stronger. As you’re used to admitting that someone is better by tapping that’s why you’ll admit to your woman that she’s right instead of arguing and always trying to prove a point. That’s exactly what will bring good vibes to your relationship and it’s very good in the long run. And we all know how women like when they are right. Even though they’re not in most cases.

BJJ guys have a tendency to be as healthy and fit as possible. If you train BJJ you’re working on every single muscle in your body and even on those you didn’t even know they exist. And if you want to be the best and you really try and train often you will mix some healthy food and that’s it. That’s often enough for a woman to imagine you as a father of their kids because you’re fit, you’re healthy, you’re muscular, you look good, you’re smart, you’re humble, you’re strong, you’re funny, you’re protector, you’re good, you’re superman… ok, you got it!

Have you noticed that in BJJ gyms there are no big, bald (nothing wrong with being bald) rednecks acting like they just evolved from alpha male monkeys a few days ago? You did right? That’s because those guys can’t accept defeat, they can’t figure out that tapping is the process of learning and also they don’t improve as fast as they should because Jiu-Jitsu requires a lot of intelligence to understand techniques and being able to apply them. It doesn’t mean that someone who progresses slowly is stupid because there are a lot of other factors involved in BJJ progress but not so intelligent guys have a hard time achieving any knowledge in BJJ. So, if you train BJJ that means you’re using your brain A LOT, and women like it. They simply love when you can figure out in a second what they want, otherwise, they’ll start talking and complaining and you want to avoid it at all costs.

Training Jiu-Jitsu requires a lot of movement. Especially a lot of hip movement and that’s also what matters to women. I’m not really sure how they like shrimping in bed or applying some soft RNC from time to time or some half guard and back take variations together with overhooks and underhooks late at night, but you’re very innovative.  That’s probably something they never saw before so you’re unique and interesting to them. That will last for at least for the first few days until they tell you that you’re an idiot.

Isn’t that enough to contribute to all these facts about why women love us? She’s training BJJ just so she can be surrounded by such alpha male guys like we are.

As we can see there are no cons in training Jiu-Jitsu. You simply have everything. You’re Healthy, you’re humble, you’re strong, you’re intelligent, you have good movement… That’s all they want. OK, winning a lottery or being rich can help a lot too, but we don’t want gold diggers anyway so, WE, again, have everything that women want. /sarcasm off

The Most Common Excuses For Quitting BJJ 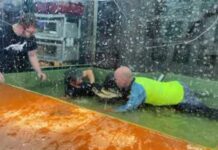 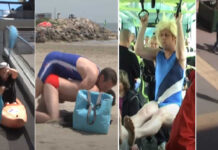 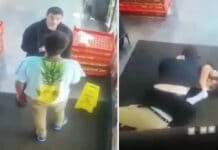