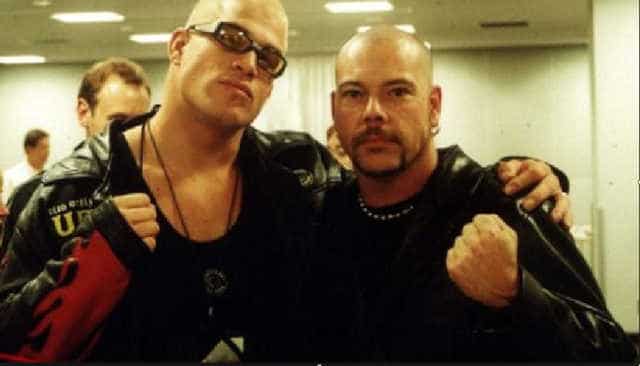 Rafiel Torre, a fake BJJ Black Belt, and a murderer. This real-life story shows how your lies can lead you to ruin and destroy your career. It shows a wasted life in search of money and fame.

Brazilian Jiu-Jitsu is an art that requires a lot of dedication and time to master. Each belt in BJJ is earned through years of sweat and hard work. No one should discredit other’s training by coming and claiming to have any belt like Rafiel Torre did, especially not a Black Belt for which you usually need to train for 10+ years. Some people tend to use it to do good things, and others use it for violence and criminal activities. Torre is completely different from Jiu-Jitsu and from what it preaches.

In this article, you will find out more about Rafiel Torre along with his murder case, and how he was exposed for his fake BJJ Black Belt.

Rafiel Torre was a man from Torrance, California born around 1970 who wanted a good life, but not an honest one. He went by the saying “Fake it till you make it”. Rafiel once said he was invited to a secret place out in the woods in the national park and he would have to leave for a few days. He went into the woods with a duffel bag and camping gear. Two days later he came back with the trophy.

In the late 90s and early 2000s, MMA hit what is still known as a dark age of the sport. It was banned from televisions and most major venues because of government intervention. As a result, they had to move MMA below ground and only a small number of serious competitors continued with the sport. There weren’t any spectators at those events.

Therefore, matches were organized in: an FSU, an Indian reservation, school gymnasiums, nightclubs, and similar places for promotion. The only way of keeping up with the events was through the internet. That is completely different from today’s sold-out arena and a large number of PPV events.

Rafiel Torre got into an online MMA community where he began faking his way to fame. He was bragging about his 14-0 record which was allegedly made in small-time shows and fights were unrecorded. There is no way to check whether the record is real or not due to it not being documented. To this day there are UFC fights that have never been seen because they weren’t filmed.

He at least gave a realistic number of fights, unlike some of the other guys, he seemed to know what he was talking about in regards to the BJJ. Under those circumstances, people didn’t second guess him and believed his record was real.

Rafiel Torre in MMA and his popularity growth

After Rafiel Torre gained some attention from the online MMA community because of all the false claims he made up, things took an even worse turn. He started making up stories about his background and training. Firstly, he said he was an ex-Navy Seal and after that, he claimed to have trained BJJ since he was a kid. Supposedly his trainer was his Brazilian father, which isn’t quite believable because there was no Brazilian Jiu-Jitsu Black Belts with his name.

Because of his fake stories, he gained serious media attention. Rafiel Torre became so famous that he caught attention from the Arab Sheik Tahnoon Bin Zayed Al Nahyan, the biggest promoter of MMA in the middle east and BJJ Black Belt himself. He invited Torre to Abu Dhabi Combat Club (ADCC), the most prestigious No-Gi grappling show in the world. The fight ended quickly as Beau Hershberger submitted him in less than a minute. After a video came out of him rolling with his students, hitting pads, it was clear he was not a Black Belt or a Navy seal. Nonetheless, this fight didn’t affect his MMA career, as some may think it would.

Eddie Bravo, real BJJ Black Belt invited Rafiel to roll with him in his gym. He submitted him over and over again. Eddie suspected that he wasn’t a black belt and asked him, but he didn’t answer. Rafiel just muttered awkwardly and the conversation went nowhere.

Rafiel Torre in an MMA fight

After the loss, Rafiel disappeared from a fighting scene for a while. He returned from his retirement in 2001. He wanted to prove his detractors wrong by engaging in a real fight with a heavyweight Ioka Tianuu. They had some unsolved conflicts and agreed to fight, Ioka Tianuu was also his former student which just made things even more interesting. The fight was featured under the King of the Cage during the promotion event called “Wet and wild”. The event got its name because they held it outside throughout the rainstorm. Torre won his fight via kneebar after Tianuu let him take his leg, which he didn’t even fully extend before Tianuu tapped.

The fight was later revealed to be staged. Torre paid Tianuu to take a dive for his success which later turned out completely different. His reputation went downhill from there. As a result, people started questioning his credibility and 14-0 record which turned out to be fake like his ex-Navy SEAL story and BJJ background. Therefore, some people believed UFC was fake.

Later on, people found out that he was also using a fake name. His real name was Ralph Bartel and he quickly withdrew from the fighting scene.

Rafiel Torre went on to try his luck somewhere else. He met Angelina Richards and they fell in love. Angelina also had two kids, Bryce and Kendall. Their marriage was strained, Brian was involved in some kind of insurance scam. In early 2001 Brian obtained a 1 million dollars nationwide life insurance policy with his wife and children as beneficiaries.

Rafiel Torre and Angelina Richards, who was calling herself Rafiel Torre’s wife had to do something about her husband to ensure her and Rafiel’s happiness and easy life. Therefore, they decided to murder her 37-year-old husband in cold blood. Afterward, she would take the insurance money and went on to live with Rafiel Torre.

Rafiel Torre contacted someone who he thought could do the job, Gerald Strebendt, a pro-MMA fighter and a former Marine sniper who also had few run-ins with the law. Firstly, they offered him 10 thousand dollars, which he refused. Gerald Strebendt was released previously, thus he didn’t want any more problems with the law.

After that, Torre decided to do it himself. He choked Brian Richards to death with the Rear Naked Coke (RNC). Torre requested Strebendt to provide him with an alibi, but he refused and testified against him and pointed out the murder was premeditated. He denied the murder but agreed to have killed Brian Richards. He claimed it was done in self-defense as Richards tried to kill him with a pistol out of pure jealousy.

In 2005 Rafiel Torre was sentenced to life in prison for the murder of Brian Richards. Angelina Richards was found guilty of aiding and abetting murder. According to Californian law, a penalty is 6 years in prison.