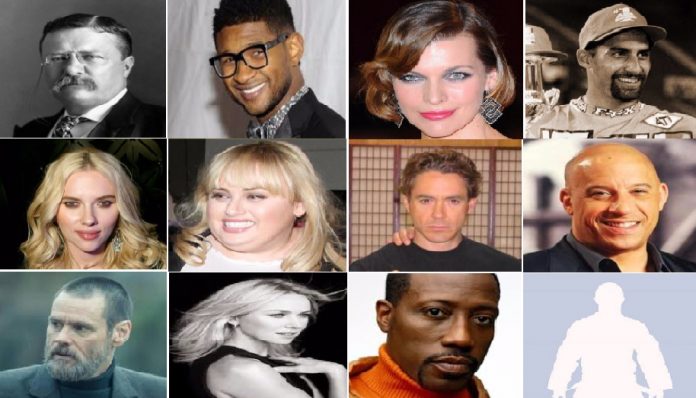 I made a little effort to explore some of the famous actors, musicians, singers, athletes who train and have fighting skills such as Brazilian Jiu-Jitsu. I think that everyone is interested in celebrity Jiu-Jitsu, and I am too. We are all curious when we want to know more about celebrities, what they are doing in our free time, aren’t we?

Whether they are in our favorite movies, sing our favorite songs, or soccer match-winning goals, there is a sort of admiration for someone who is obviously successful. Over the year’s we’ve seen celebrities take to the mats, and whether training for films or fitness or have dabbled on the mats. I compiled the ultimate list of celebrities who do BJJ. First of all, I will give you the names who are masters of this awesome martial art and some of them have black belts. So, let’s see who are the celebrities who train Brazilian Jiu-Jitsu.

The iconic celebrity, a director who directed many successful feature films including Lock, Stock, and Two Smoking Barrels, Snatch, and the latest version of Sherlock Holmes starring
Robert Downey Jr. Ritchie has been training for a number of years, having spent 7 years as a brown belt before finally getting his black back in 2015 from Renzo Gracie.

His professional success is only paralleled with his dedication to martial arts. Ed is a black belt under Rorion Gracie. In his career, Ed went from one successful long-running sitcom to another. While most remember him for his iconic role as Al Bundy, the new generations know him as Jay Prichett on the Emmy Winning Comedy Modern Family.

A legend that knows no bounds. Chuck is probably the only person on this list who rolled with great Helio Gracie. Chuck trained all around the world before
settling with the Machados to earn his black belt. In 2015 Chuck earned his 3rd Degree in Brazilian Jiu-Jitsu from David Dunn, under the guidance of Jean Jacques Machado.

He died in a tragic accident back in 2013. At the time he was a brown belt but he was awarded his black belt posthumously by Ricardo Franjinha Miller of Paragon Brazilian Jiu-Jitsu.

An American drummer for a glam metal band, Poison. The 51-year-old
drummer famously stays in shape by doing BJJ.

Probably the only celebrity on our list who is also an instructor. The Hollywood BJJ teacher is in fact a black belt under Shawn Williams.  During filming for The Boondock Saints 2 Sean Patrick Flanery was only 15 mins away from Renzo’s academy, so on his lunch, he was a trek down for an hour’s roll.

Famously starred in the remake of 1960s rat pack classic Ocean’s 11 (and
subsequent sequels). When he’s not starring in his CBS procedural Hawaii 5-0 he’s doing jiu-jitsu under the guidance of Egon Inoue of Grappling Unlimited. Scott quite dedicated he has been doing Jiu-Jitsu for over 15 years.

One of the higher-ranked practitioners and celebrities on this list, Kutcher is best known for his film and TV work in sitcoms such as Two and a Half Men and That 70’s Show. He is a purple belt under Rigan Machado.

Super famous celebrity Jiu-Jitsu practitioner who has been dabbling on the mats with the Machado brothers. The Machados are also regularly known for choreographing fight scenes in major movies, and one such movie is John Wick 2, which Keanu is currently filming. Keanu can regularly be seen on the Machado mats in a Do or Die Hyperfly gi. Check Keanu’s training footage and his thoughts about BJJ.

TV presenter, chef, food lover, and Brazilian Jiu-Jitsu practitioner has become BJJ’s latest and most visible ambassador. He is a blue belt under Igor Gracie and an IBJJF gold medalist after winning his division at the IBJJF New York Open. He can regularly be seen on the mats at Renzo’s academy training with his wife Ottavia, who is part of the Danaher Death Squad. At 59 years old, Bourdain came to the game late in life but jumped onto the mat with gusto and enthusiasm that outstrips men half his age.

The Mad Max star took to the mats with the Royal Marines not too long ago. However Tom Hardy is no stranger to the mats, he starred in one of the best MMA movies to date, Warrior, where (Spoiler Alert!) his character had his shoulder broken by an omoplata in the final match against his own brother.

Another one of Rigan Machado’s celebrity training sessions. However, Snipes’ holds black belts in multiple disciplines of martial arts and was even close to fighting Joe Rogan in the Octagon, but sadly it never came to be. In fact, Rogan still believes he would choke out Snipes, who has been training martial arts since he was 12 years old.

One of the most prolific comedy actors of the last 20 years and starred in smash-hit movies such as The Wedding Crashers and Dodgeball. One of the best things about Jiu-Jitsu is you can start at any age, and at 46 years old, Vaughn has strapped a white belt around his waist and is now a student at the Gracie Academy in Torrance, California, with Ryron and Rener Gracie.

Michael Clarke Duncan was a big (BIG) fan of the UFC.  He was a purple belt in Brazilian Jiu-Jitsu and trained at the Gracie Academy.

An actor who showed us all his Jiu-Jitsu moves back in the movie “Lethal Weapon”. Gibson has trained Brazilian Jiu-Jitsu under Rorian Gracie.

Rapper/actor Ice-T is a big fan of the UFC. He’s also a long-time practitioner of Brazilian Jiu-Jitsu and boxing.

An actress has trained judo for many years and actually competed in amateur Judo championships from 1989 to 1992.  She currently trains in Brazilian Jiu-Jitsu.

One of the most knows comedian actors has begun training Brazilian Jiu-Jitsu.

Another one of Rigan Machado’s Celebrity Jiu-Jitsu crew. Charlie has a love of MMA through his work in Sons of Anarchy after Theo Rossi took him to a few
events.

An actor that can really roll on the mat. Nicolas Cages trains Jiu-Jitsu under the UFC champion Royce Gracie.

The lead singer of the band’s Tool and A Perfect Circle, trains in Brazilian Jiu-Jitsu under Rickson Gracie.

The drummer from the infamous Motley Crue, Tommy Lee, trains Brazilian Jiu-Jitsu under the Gracie Family.

Musician, and actor well known for his great dance moves on stage probably has some solid BJJ moves on the mat as he has trained with BJJ wiz Andre Galvao in the past. Usher is also a close personal friend of Anderson Silva.

Hollywood legend and his wife Luciana are taking Jiu-Jitsu lessons with
Master Pedro Sauer. An Academy Award winner, Duvall has been a regular at the academy
and according to Pedro: “Is a super nice guy and tough as nails!”

Nicknamed “The Crocodile Hunter“, was an Australian zookeeper,
conservationist, and television personality who also trained BJJ with Dan Higgins. Steve trained
with Kyle Noke as well.

The main actress of The Fifth Element, Return to the Blue Lagoon, and the Resident Evil trilogy, trained Brazilian Jiu-Jitsu.

An American actor, musician, stuntman, and martial artist. He is best known for his
roles in Black Hawk Down and The Fast and the Furious as Leon. He has a Black Belt in Brazilian Jiu-Jitsu.

Former professional soccer player on the French national team, the one which won the Soccer worlds in 98 and the World championship. He is a Purple Belt in BJJ and won the Europeans as a blue. He is also a TV sports commentator.

The cute kid from „Jerry Maguire“, holds the purple belt and competes in the BJJ competition. His family owns an amateur MMA promotion company too.

Eldest son of pop star Michael Jackson is a practitioner of Jiu-Jitsu and trains at Gracie Academy Beverly Hills, Los Angeles in California. Prince is a student of Ryron and Rener Gracie. Back in 2013, he earned his blue belt in Jiu-Jitsu.

The guy who plays Agent Phil Coulson (from the Marvel movies, and Agents of S.H.I.E.L.D.). He is a BJJ brown belt.

An actor who trains under Jean Jacques Machado.

The singer earned her blue belt in Brazilian Jiu-Jitsu. You can check Demi Lovato doing an armbar on a world champ.

Legendary surfer and owner of the blue belt in BJJ.

An “Old School” professional BMX racer whose prime competitive years were from 1980 to 1994. He has a black belt in BJJ.

Margot Robbie, an actress, trained in Jiu-Jitsu for her role in the movie Suicide Squad.

Former NBA basketball star has been following the UFC for a long time and has also been training Jiu-Jitsu since 2000 under Royce Gracie.

An actor and professional boxer has been training Brazilian Jiu-Jitsu for the past few years and earned a blue belt under Eddie Bravo and Scott Epstein.

An actress, trained with Jiu-Jitsu master Rigan Machado for her role as the Black Widow in the popular “Marvel” films.

An actress best known for the “Beverly Hills” TV series

Jason Scott Lee is an American actor and martial artist. Lee is perhaps best known for his roles as Bruce Lee in the martial arts film “Dragon: Bruce Lee story”.

Rockstar and frontmen of group Trivium have a blue belt in BJJ.

An actor, also known as Yen Chi Tan has a purple belt in BJJ.

Film star and an actor of „Triple X“ and „Fast and Furious“ also trained on the mat of Beverly Hills Jiu-Jitsu Club before becoming the star of these films. The training with
the actor did not last long, but enough to create a strong friendship with Marcus.

Better known as WWE star ‘The Undertaker’ has a Black Belt in
Brazilian Jiu-Jitsu under Rolles Gracie.

For now, it will be enough. I think it was fun, full of plenty of new info for you and me.
When I was researching for this article, I must admit that I was surprised how many
successful people are training this awesome martial art like BJJ. Many famous names, as we can see, love to train martial arts, someone live and breathe this sport and that’s why is so astonishing to see that.

They are ordinary people like we are and it is nice to see them how are they trained with passion and also we can see happy – satisfied faces even though they have demanded and exhausting exercises with their train masters.