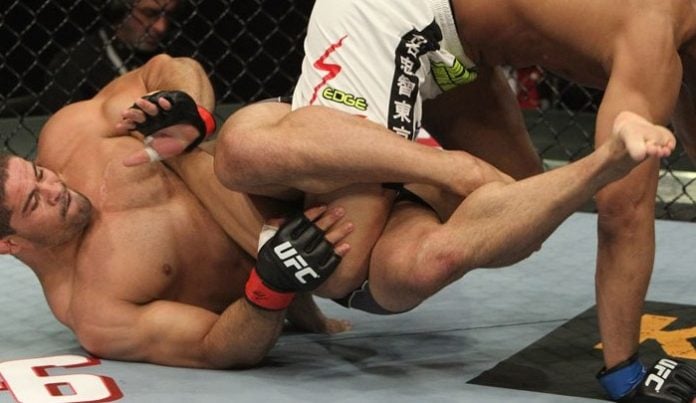 How do you escape a submission? Well, for starters you need to understand escapes, rather than submissions. Of course, you need to know what a heel hook is, but you do not need to be a member of Lachaln Giles’ gym in order to escape. It takes a bit of common sense, a concept of two, and plenty of reps. However, with heel hooks, there’s one more thing to consider – the psychological factor. They’ve been the boogeyman submission for so long, the people are often too afraid to actually try an escape a submission that’s easily defendable. Let’s demystify heel hook escapes, and look at several different options that will get you out of some of the tightest spots in Brazilian Jiu-Jitsu.

Yes, I know, heel hooks are scary! I agree, having one done to you, particularly by people that remind you of Toquinho is not fun. However, it is also not the end of the world. Yeah, Rousimar did not help the case against heel hooks, but then, they turned around and became an integral part of Jiu-Jitsu worldwide. It is hard to roll these days without having to fend off a leg attack or two. And leg locks, with heel hooks, in particular, are at that stage now, when everyone understands them, and they’re trying to figure out defenses.

The thing is, there’s nothing to figure out, There are easy ways of dealing with any leg lock imaginable, as we showed in a previous article. However, concepts are not always enough or appropriate for anyone. In that sense, let’s talk about submission escapes in general first, and then apply when we learn to heel hooks. A proven formula for success!

Leg Locks Are Not A Mystery Anymore

At a recent BJJ camp, I saw a white belt performing heel hooks at the level of a brown or black belt. It is obvious that he has only been doing one thing and one thing only. That said, what happens when he runs into someone who doesn’t tap? And I’m not talking about taking damage the way Miyao does, but rather, escaping in a Houdini-like fashion? You see, there’s a general formula for escapes that many people seem to disregard. Credits for this one go to Priit Mihkelson for explaining it so well.

When we learn defense we usually try and figure out how to escape while a move is taking place. Instead, at the highest level, this is where most escapes fail. What you need to focus on, if you want a solid escape plan against any and all submissions, is early and late defense. By early I mean not even getting in a position to defend in the first place. That was covered in an earlier article. By late, I mean an ultra-technical Hail Mary escape that works when everyone thinks you’re done for. This is exactly what we’ll be looking at today.

Let’s be honest, even though leg locks are not a mystery anymore, heel hook defenses and escapes are still hugely unknown. Of course, understanding how heel hooks work will help you figure out how to defend them. Still, you don’t have to know how they work in order to escape if you’re really not into it. All you need is to know when, how and what to focus on just when the opponent thinks you’ve got no way out. These are not just the most effective, but also the sweetest submission escapes you can do – they’ll leave everyone frustrated, and you safe.

So, what’ this formula of late heel hook escapes that doesn’t fail? Well, it is all about knowing how to pressure the opponent’s grip, and when. To that extent, you do need to make sure you have an understanding of the types of heel hooks at the very least. As examples today, we’ll use an outside heel hook from the outside Ashi Grami position. Furthermore, we’ll look at an inside heel hook escape from the notorious 4/11 or Saddle. Finally, we’ll focus on the best way to beat the latest leg lock craze – Lachaln Giles’ 50/50 heel hook finish. In all of them, we’ll focus on late defense, meaning escaping at the very end of the motion. Risky, but extremely efficient and rewarding when you do it right.

Many people think the outside heel hook is inferior to the inside or inverted one. That’s a huge mistake. Remember that it is the position that makes the heel hooks, not the other way around. Speaking of the Outside Ashi, this position is really tough to deal with because the opponent can really pin your hip. Focusing on getting your hip out is a great way to forget all about the dangers of heel hooks and end up tapping in pain.

Instead, you need to accept that you’re deep into a bad position. Not only that, but you’re also about to get heel hooked. In order to execute effective heel hook escapes from here, you need to make sure you get the correct angle first. That means getting your heel outside of the opponent’s desired direction of motion. A simple extension of the toes will give you enough wiggle room to actually change the angle ever so slightly, more than enough to buy you time. From there on, You need to deal with the grip. And one thing not to do is grab with both arms. Instead, think about using your legs to defend.

In the case of the outside Ashi game, you always have a free leg. The first thing you want to do is change the angle, even more, this time at the level of your hips. Simply scoot forward to take away lots of the leverage. Then, you’ll place the foot of your free leg on the opponent.s wrist. You’re aiming for the arm that has the grip around your heel. This renders the arm useless and you’re free to escape in any direction you want. After you pop your heel free, of course, the preferred direction is taking the back.

This is the one most people get stuck with. Yes, there are effective heel hook escapes against the inside heel hook. And yes, they do work perfectly even when you’re stuck in the 4/11. In fact, you can even proceed to hunt for counter-heel hooks yourself once you get your leg fee. It is true that his position gives the submission a lot of power here. Moreover, the inside or inverted heel hook does pose a greater threat to many structures inside your knee joint and even ankle. SO make sure you always retain the option to tap as you’re learning the timing of this particular escape.

Expect to feel uncomfortable when you’re stuck in the 4/11. It is the nature of the position. The moment the opponent gets grips, you’re in a world of trouble already. The most important thing is not to panic. The second most important thing is to change the angle once again. This time, you DO grab the arm with both your hands. However, your goal is not to break the grip, but rather change the Nagle of force on your heel. AS you can see,  changing the angle is key in late defenses.

In this case, the angle doesn’t only release the tension on the submission but also allows you to thread the second leag through and do pretty much the same thing you did with the outside heel hook defense earlier. Once you’re out, the simplest solution is getting ga heel hook of your own, and you have both outside and inside options available.

After the 2019 ADCC, the 50/50  has to be the most dreaded position in leg locking. Granted, Lachlan has his own distinct setup, but I doubt many of you will go up against him any time soon .that said, it is the man himself with ha cure for this position, and it is a late one yet again. Here you actually try and start to fake a middle defense by trying to grab the second arm of the opponent. This is rarely going to work, but it gives you the opportunity to set up late heel hook escapes.

The first thing, once again, is the angle. This time though, you need to really be precise with it, because the heel hook comes strong, fast. The solution is simple- point your toes, like a ballerina towards the back. This pops the heel outside of your opponent’s grip. You then rotate and push with the leg in order to literally hide your foot behind their buttocks. From there on you can countre leg locks,  try to go for a 50/50 pass or simply disengage from the position altogether. 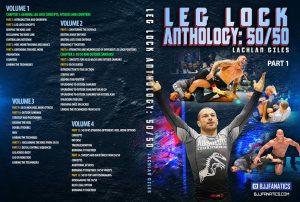 If you want to learn the Lachaln Giles 50/50 heel hook setups (and defense) in detail check out his brand new DVD “Leg Lock Anthology: 50/50”. It is the best BJJ instructional ever released on leglocks from the 50/50 guard.

There’s no need to fear any submission in Brazilian Jiu-Jitsu. You always have a 100% certain backup option – tap! And if you hate doing that, then simply choose to learn how defenses work. Look into early and late defenses, instead of lingering in the middle where most people focus. Although late heel hook escapes might seem like a bad idea, they’re actually very easy to do once you figure out all the angles. It does take practice, though, so make sure you train with someone that won’t rip your legs out while you’re learning these escapes. I guess rolling with Palhares is not an option…for now.