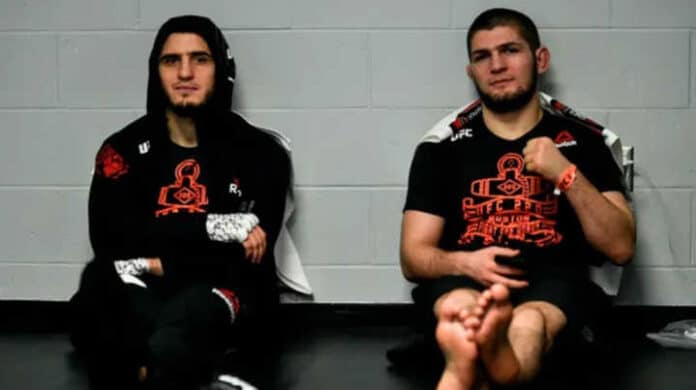 Given that he is retiring after a very successful career in MMA, Khabib Nurmagomedov will not be able to test his skills against current champion Charles Oliveira.

Islam Makhachev, however, is almost certainly one fight away from claiming the title if he manages to beat Beneil Dariush. If he succeeds he will become a legitimate challenger.

In an interview with Combate, Khabib’s and Makhacev’s coach Javier Mendez said that Nurmagomedov and Makhachev would both triumph in the bout against Charles Oliveira. Islam has a superior striking, while Khabib has an edge in grappling.

They are both my fighters and I think they would both be successful in the match against Oliveira. Stylistically, Islam can parry, it has its great kicks and kicks. Khabib is not so great in the stand up so he would probably have to use his grappling. the area was dominated by Charles. ” said Mendez.

It’s really a shame we won’t be able to witness the bout between Nurmagomedov and Oliveira. Khabib is an awesome grappler, especially in the wrestling department, Oliveira is a scary overall grappler for virtually every fighter in the UFC. So, it’s pretty hard to say who would win in that fight.