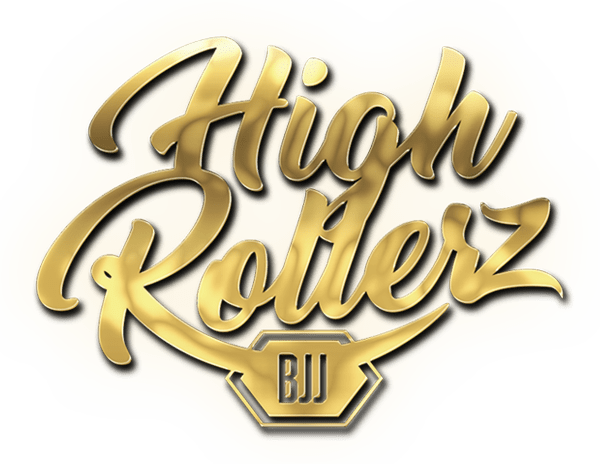 BJJ is changing, that’s for sure. Out of all the possible tournaments out there, from the craziness of EBI to the completely off the hook 5 vs. 5 Quintet style one, we’ve seen it all probably. Thre’s even tag team grappling at SUG events, something I never thought I’d witness. And yet, as it seems there’s more to come. I first took notice of the High Rollerz Jiu-Jitsu tournament last year, when their first even took place. What’s really satisfying is seeing it continue developing and growing. Last weekend, the third edition of the tournament took place and it was as fun and unique, perhaps even controversial as both previous ones.

The High Rollerz Jiu-Jitsu tournament is an invitation-only tournament that’s also quite exclusive when it comes to the audience as well. Why? Well, for starters, everyone is high. Literally. The tournament promotes cannabis use. In fact, ti takes things to a different level. Competitors actually smoke cannabis right before they step on the mat to compete. Of course, the crowd is encouraged to do much of the same. And finally, the winner of the tournament gets to take home the ultimate prize – a pound of high-quality cannabis. As I said, not your garden variety BJJ tournament for sure! 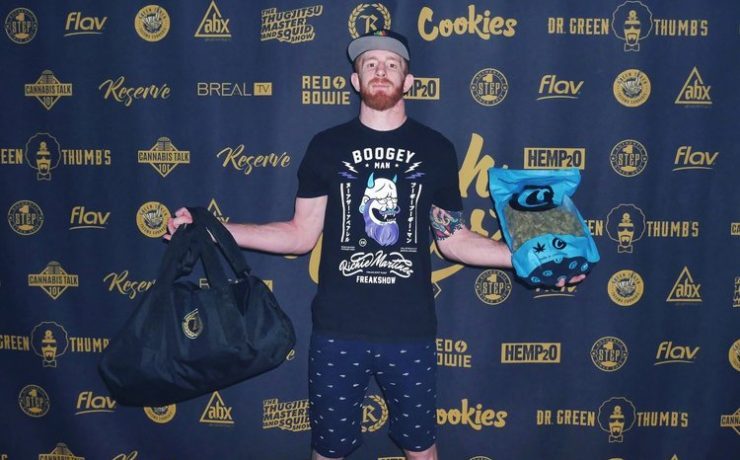 The High Rollerz Jiu-Jitsu tournament is very appropriately, dubbed “The dopest martial arts tournament in the world”. We concur. Their explanation that High Rllerz is cannabis-infused BJJ Tournament is also spot on. COuldn’t have put it better myself. The folks behind the idea are “Big Lonn” Howard and “Mighty Matt” Staudt. They both train and compete a lot, and have come up with the best possible tournament format for JIu-JItsu.

The whole idea behind their endeavor is to promote both things they really believe in and love – Jiu-Jitsu and cannabis. In terms of cannabis, of course, removing all stigmas and educating people to its real effects is their primary goal. However, at the base of it all is having fun, promoting martial arts and an alternative way to enjoy both cannabis and grappling. In that sense, they run a legitimate promotional one that actually features really big name grapplers at all of its events. Of course, the also have it spot on by having Eddie Bravo referee the matches.

The High Rollerz Jiu-Jitsu tournament is based out of L.A. They do their events around the US,m though. However, the best part about it si that the location of events is not publicly shared in order to keep huge crowds from gathering. That gives it an exclusive type of vibe about it, making the whole experience that much better. The show was also featured on Vice, with James Burns saying that it is one of a kind and praising the vision of Matt and Lonn. Of course, they also have the full support and endorsement of Joe Rogan as well.

What Happened At High Rollerz #3?

First, let me say a few words on the ruleset and format of the High Rollerz JIu-JItsu tournament. The rules are interesting, to say the least. Ther ruleset is a product of Jeff Glover who calls it “Ten Or tap”.  IN other words, the goal is to either get 10 points or submission. The point system is pretty logical, with a point for sweeps, reversals and takedowns, 2 points for passing and takedowns that lead to mount and 3 points for mount and back. Moreover, raping is allowed, although heel hooks are not (at white belt only). Forbidden stuff includes stalling, running from guard and neck cranks.

Awesome start to this match by blue belt competitor @jordanrabeee 🔥🔥

They’ve got a great approach to draws, with the victory going to the competitor who scored first. In a 0-0 situation, it is down to the referee. Matches last 6 minutes, with the finals stretching out to ten. IN terms of format, there are both male and female competitors, ranging from white to black belt, and competing in Gi or NO-Gi. One thing I have to point out is that the High Rollerz Jiu-JItsu tournament gives the same prizes to both male and female winners, making it one of the few that employs this practice.

In terms of the third edition of the tournament, super-fight winners were Alanis Santiago, among the ladies in No-Gi, and Blake Troop in the male divisions. Santiago beat Chelsea chandler while Troop was better than Leonard Miller. IN the brown and black belt brackets, Breno A Bittencourt got the gold in the GI, while Kevin Crane got past the dangerous Kevin Berbrich for gold in No-Gi. Al lother matches at all levels were also highly exciting and showcased some emerging talent.

What Can We Expect In The Future?

IF you told me about a tournament where competitors share a joint before facing off a few years ago I’d have said it is just a pipe dream. Now, I’m not so sure I’d dismiss anything. For the time being, High Rollerz Jiu-Jitsu tournament have the perfect formula. My guess is the events will grow bigger in the future, drawing even more competitors and certainly more spectators. As usual, a greater frequency of these events would be great, but I’ll settle for what we have now.

In the past two editions, we saw some prominent BJJ and MMA notables. Jeff Glover even had his final match in competitive grappling at the first edition of the tournament. Having Renato Laranja on the microphone is also a great decision by the organizers of this event. Whatever they cook up in the future, I’m eager to see and I completely support this unusual format of BJJ tournament. Who knows we might even attempt to do a local one in my academy, providing we find key green sponsorship.

The BJJ World needs more tournaments like the High Rollerz Jiu-JItsu tournament. It features everything grapplers love – Jiu-Jitsu, fun, positive vibes and of course, ganja! Whoever came up with the idea is genius, and only took what’s happening ton the mats all the time and turned it into a tournament. Not to mention the extremely impressive lineups they feature each time. I certainly hope to see many more of these in the future!