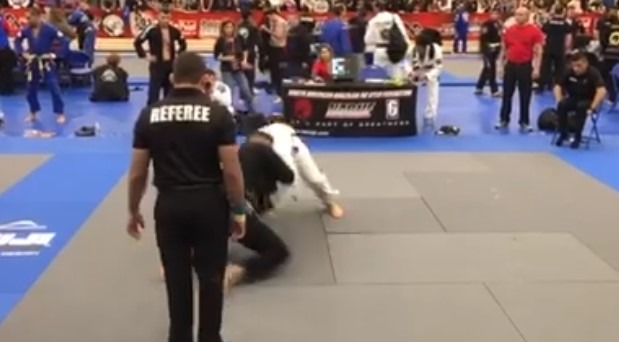 We can say that wristlocks are one of the sneakiest submissions in BJJ and there’s really a lot of them. For some reason, BJJ fighters don’t spend so much time learning them. Maybe they’re hard to master or hard to apply but they’re definitely worth a try.

As much as Wristlocks are hard to learn and hard to apply that much they’re dangerous. Damage done to someone via wristlocks is pretty hard to repair.

Wristlocks are being applied in all levels of Jiu-Jitsu, even the highest levels. I believe we can all remember of Jacare’s standing wristlock.

Standing Wrist Lock is one of the hardest wristlocks to apply but it can be very surprising and lethal weapon. It comes very fast and that’s the reason why it is so hard to even practice it. There’s no time to tap for most of the time, your opponent even in practice may just yell to make you let him go.

That’s exactly what happened in this tournament match video that we can see below.

If you’re interested in really learning and mastering wristlocks, Renzo Gracie Black Belt Travis Stevens did a great instructional about it. Wrist Locks From Everywhere by Travis Stevens