What is the number one problem with takedowns in Brazilian Jiu-Jitsu? People that train exclusively Jiu-Jitsu, suck at them! Even when they’re good, and they’re black belts and all that jazz, put them up against a white or blue belt D1 wrestler or at least a green belt Judoka and you’ll see more guard pulls than Brandon Schaub did butt scoots when he faced Cyborg in Metamoris. As usual, there’s an easy fix in the form of chain wrestling for BJJ. However, in order to apply the fix, we must first identify the problem.

Why do we have such a low rate of success with takedowns in BJJ? It is the way we train them. When I say low rate, I mean that if you compare everyone that you expect to do a takedown at their own level, from white to black belt, the percentage of those that will be able to take their peers down is quite low. IF the person standing opposite them has any wrestling/Judo/Sambo background, those chances are closer to zero. Turning towards other grappling martial arts in order to try and learn takedowns is always going to be a failure. Turing towards certain aspects of other arts, like chain wrestling for BJJ, makes a lot more sense.

Contents hide
The Issue With Takedowns In BJJ
Solving Engagement
The Answer: Chain Wrestling For BJJ
Wrapping Up

The Issue With Takedowns In BJJ

First of all, I was a guard puller for most of my time spend in Jiu-Jitsu, which is a decade’s worth. And that is from someone that has a very long Judo background. Thankfully, at one point that focus shifted. However, it took me taking up full time teaching to understand that takedowns in BJJ,  or at least the few ways in which I’ve been taught, are not really helping people retain knowledge, let alone execute the moves under pressure. A deeper look into the subject area just confirmed my doubts. We need to approach training takedowns in aver different manner. If we want them to work, that is. 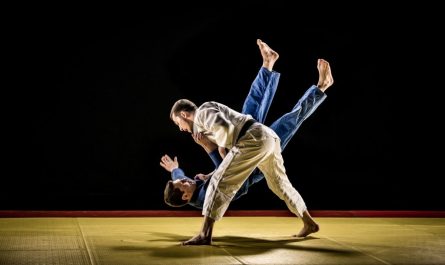 First of all, we try too many things. Curriculums have white belts learning double legs, single legs, Uchi Matas, Sumi Gashei variations, and even rolling Sambo stuff. What’s the point>? First of all, the sheer number of takedowns simply means people will know they exist, but will not be able to execute one against a resisting opponent. And, if we can’t do them against resisting opponents we might as well training full time against grappling dummies.

On top of that, we spent too little time at every one of these takedowns. I’ll say again there’s no way of training Judo or wrestling full time, and drilling as they do in order to perfect the takedowns. Given that BJJ is our primary focus we need “quick fixes” but that doesn’t mean we need a hack. We need to spend more time, training stuff that translates like specific judo and or wrestling for BJJ sequences. Whatever is the highest percentage, not in wrestling, but in the context of BJJ exchanges, should be our top pick. After all, the point is taking someone down, not knowing 50 ways of theoretically taking people down. Chain wrestling, on the other hand, will work.

Capping it off, even when people do drill a lot and reduce the clutter, they then do almost no realistic training to figure out the kinks. It’s like training to go compete in BJJ without rolling.

What is the most important part of a takedown? Engagement. At least in BJJ. With Jiu-Jitsu the takedown is not such a deciding factor as in Judo and Wrestling. It is just a door to the ground fighting aspect we enjoy so much. As such, we need to consider the entries into takedowns in a different manner to those in other grappling arts. Since I’m going to talk mostly about chain wrestling for BJJ, I’ll give Judo a rest for now.

What is the first thing they learn in wrestling? It is not shooting or finishing a takedown. It is grip fighting. While wrestlers, who are No-Gi only, do have the luxury of using distance and power to set takedowns up. In BJJ, it would be less than effective to think we can simply glide across the mats with a penetration step and throw someone with a power double. How many times have you seen BJJ guys start to circle each other in a tournament without engaging? Instead, they crouch down, looking to get a grip on the head, arm, Gi, or some other spot in a frantic way. The goal here is just to grip someone, without any thought as to what that grip might open up for you next.

If we set up grips that we borrow from wrestling for BJJ, and use them with clear intent, we can greatly increase the efficiency of our takedown setups. Moreover, we need just a few combinations or even owe, that has been proven to work for wrestlers throughout the years. The bottom line – BJJ grips mean you start in close proximity. That translates to grips with clear intent, and not thinking about using some crazy explosive setups to get your takedowns, but rather the ones that even wrestlers swear by, and have nothing to do with crazy penetration steps or runs.

The Answer: Chain Wrestling For BJJ

So, how do we incorporate chain wrestling in Jiu-Jitsu? It is easy – never stop. The trick is to think of takedowns as you do submissions. When you’re hunting for subs, you’re looking to set up chains that provide you with another submission option if the first one fails and another one if the second fails, etc. Making submissions work as a loop, eventually returning to the first one is what makes a submission chain. Pretty much the same can be done with takedowns. 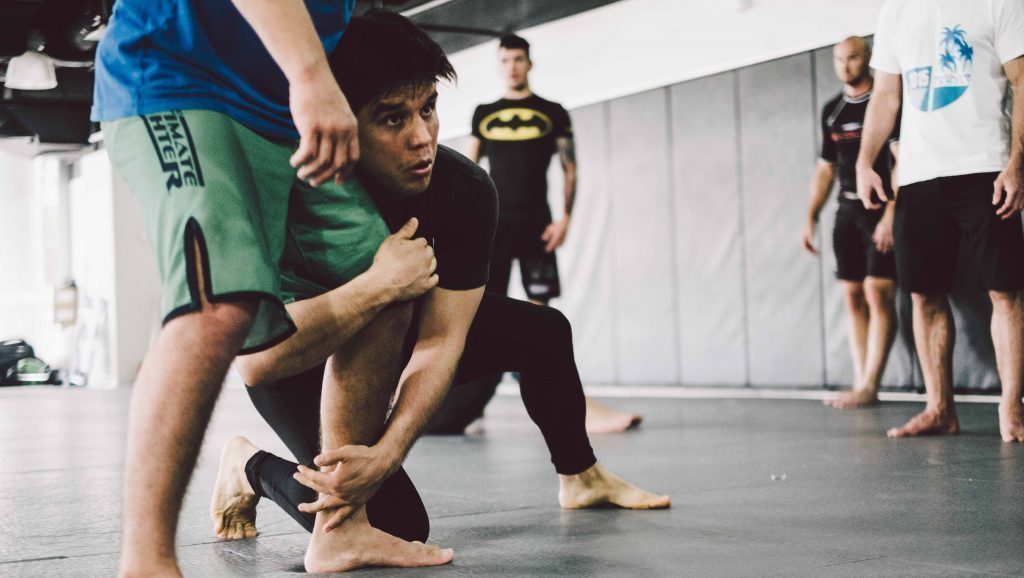 Solving grips means you’ll be using a collar tie variation, whether double, with an underhook or a writ grip. Solving proximity means you’ll be entering via the highest percentage entries that gain you the best angle for multiple takedowns. In wrestling, for BJJ those would be the duck under, armdrag, and Russian tie. The goal is to end up to the side of an opponent, given that they’ll be gripping you back, and you have to add the Gi into the equation.

The chain wrestling aspect comes after you get the first takedown position. How? Collar and wrist grip, for example, open up a direct duck under. That gets you to the side of an opponent, or even the back. If you arrive to the side, you simply sumo deadlift for a single leg. Once you set up your single-leg you try and take the opponent down, of course, If the single fails, though, you move on trying to take them down and never disengage. Gong to the back for a rear body lock is a quick option that offers more takedowns (and bonus back takes). If the body lock fails, you can transition to a single on the other leg, and from there through a double leg, all the way to the first leg you attacked.

As you can see it is a chain that makes sure that once you enter a takedown, you keep shuffling through options until you achieve your goal.

To be good at takedowns, you have to train them realistically. Fundamental and effective grips. Close proximity setups and a chain wrestling approach all but guarantee success with takedowns, regardless of your belt level. However, there’s still the part of training realistically. That’s where wrestling for BJJ comes through again. Position sparring, scrimmage rounds, grip battles that end up with takedowns at the signal of a coach. There are plenty of ways of ensuring people train takedowns the way they’ll need to use them when they fight.